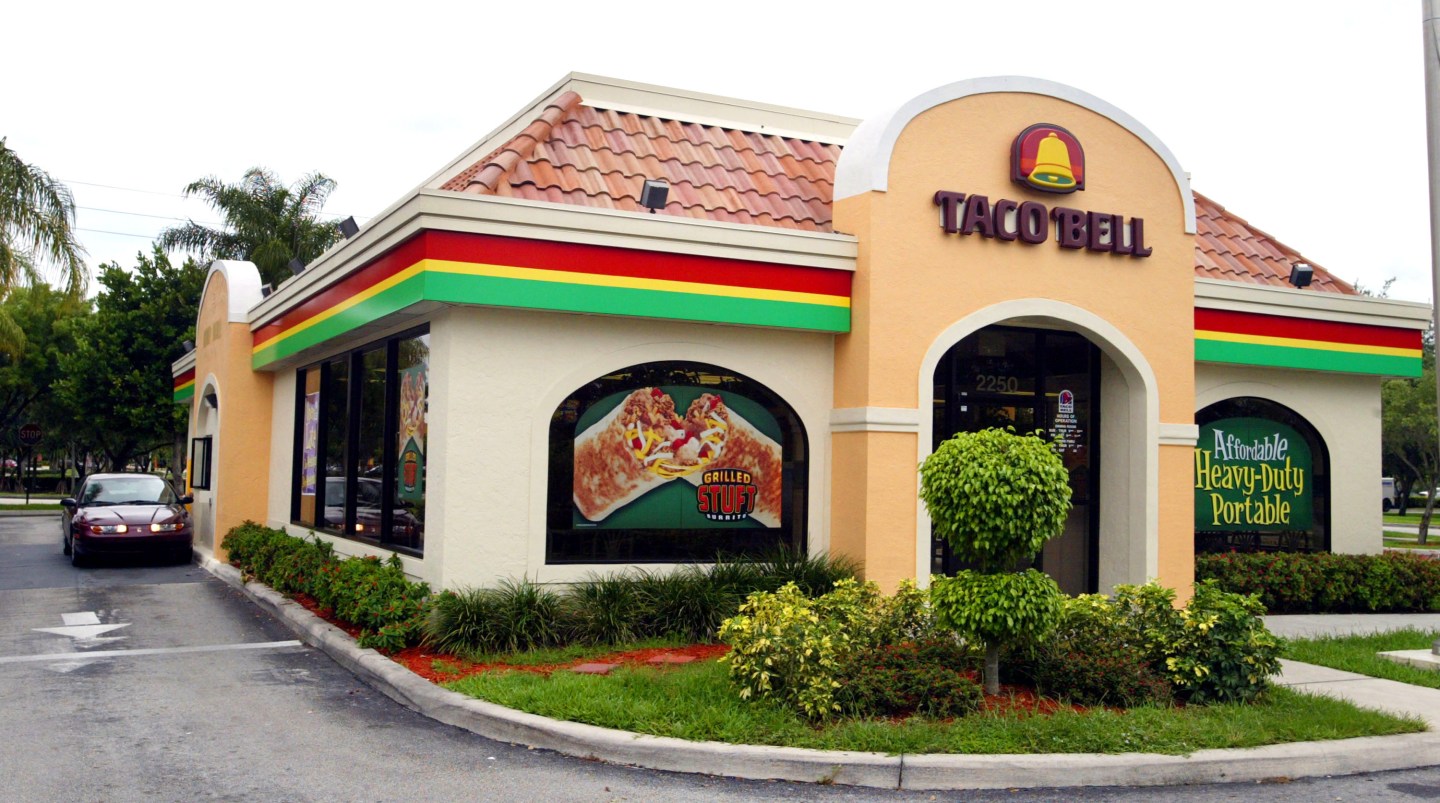 DAVIE, FL - JUNE 14: A woman leaves a Taco Bell restaurant June 14, 2002 where "dirty" bomb suspect Jose Padilla worked for two years in Davie, Florida. His former boss Mohammed Javed says while working as a manager of the restaurant, Jose Padilla was hired in 1992 after his release from a Broward County jail. Padilla, also known as Abdullah al Muhajir, is being held on suspicion of plotting a radioactive "dirty" bomb attack in the U.S. (Photo by Joe Raedle/Getty Images)
Photo by Joe Raedle—Getty Images

An employee at an Alabama Taco Bell was fired after refusing to serve two Sheriff’s deputies.

The law enforcement officers came into the Phenix City Taco Bell on Saturday night. Opelika-Auburn News reports that when the cashier denied them service, they at first thought that she was just joking. When they asked if she was, she apparently responded by saying, “No, I’m not. We don’t serve law enforcement, and you need to leave.” So they left.

“I’m very disappointed in the fact that simply because two individuals were wearing the uniform of a law enforcement officer that they were refused service at this establishment,” Lee County Sheriff Jay Jones told OAN. “I would hope, and am more inclined to think, that this was the action of one person as opposed to a corporate policy or general cultural attitude of the business itself.”

Jones added that Taco Bell immediately got in touch with the Sheriff’s office to apologize, as well as express their support for officers of the law.

“Taco Bell and Tacala, the franchise owner of the Phenix City Taco Bell, in no way endorse this sentiment,” Taco Bell spokesperson Laura Nedbal told Fortune. “We are deeply appreciative of the men and women who have taken the oath to serve and protect our communities.” She added that the employee has since been fired.