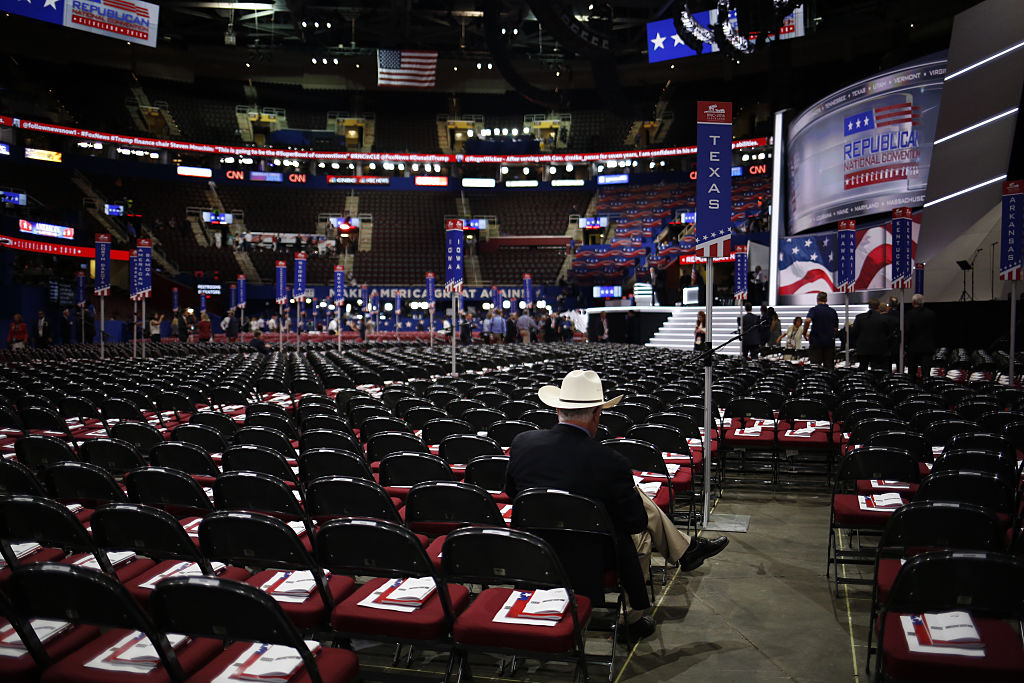 When the gavel opens the Republican National Convention on Monday afternoon, the focus will be set clearly on American security at home and abroad.

The official theme for the first day of the Republican Party gathering, “Make America Safe Again,” is a play on nominee Donald Trump’s official campaign slogan, “Make America Great Again.” Each day of the convention has been assigned a similar theme.

The day will focus on Benghazi, which Republicans hope to make a major part of their effort to paint Hillary Clinton as unfit to lead. In 2012, an attack on an American diplomatic compound in Benghazi, Libya left four Americans dead, including Ambassador Chris Stevens. Some believe that Clinton, who was Secretary of State at the time of the attack, did not adequately respond both before and during the attacks.

RNC speakers on Monday will include two U.S. Marines who fought in Benghazi, the mother of one of the four who died there, and Marcus Luttrell, a U.S. Navy Seal who served in Afghanistan.

The second part of Monday’s “safety” theme will focus on immigration, a cornerstone of Trump’s presidential campaign. It’s safe to say that the word “wall” will be used a few hundred times on Monday.

Speakers on this issue will include Gov. Rick Perry of Texas, a state with a long border with Mexico, as well as the siblings of Brian Terry, a border patrol agent who died during the “Fast and Furious” operation, another favorite conservative talking point used to criticize the Obama administration. Two people whose children died in incidents involving undocumented immigrants will also speak on Monday.

The third and final prong of the convention’s “Make America Safe Again” agenda will involve a discussion of law enforcement in the United States. The topic has particular resonance in the aftermath of the killing of three police officers on Sunday in Baton Rouge. The featured speaker on this topic will be Sheriff David Clarke of Milwaukee County, Wisconsin. Clarke, who is African-American, has become a conservative folk hero for his stark talk disparaging the Black Lives Matter movement.

Scott Baio, the television actor famous for his roles on Happy Days and Charles in Charge who endorsed Trump earlier this year, will also speak on Monday. Willie Robertson of Duck Dynasty fame will appear, and the biggest speech of the night will come from Trump’s wife Melania, who will make the traditional spouse’s address on the first night of the convention.