‘Ghostbusters’ Beaten by ‘Secret Life of Pets’ at the Box Office 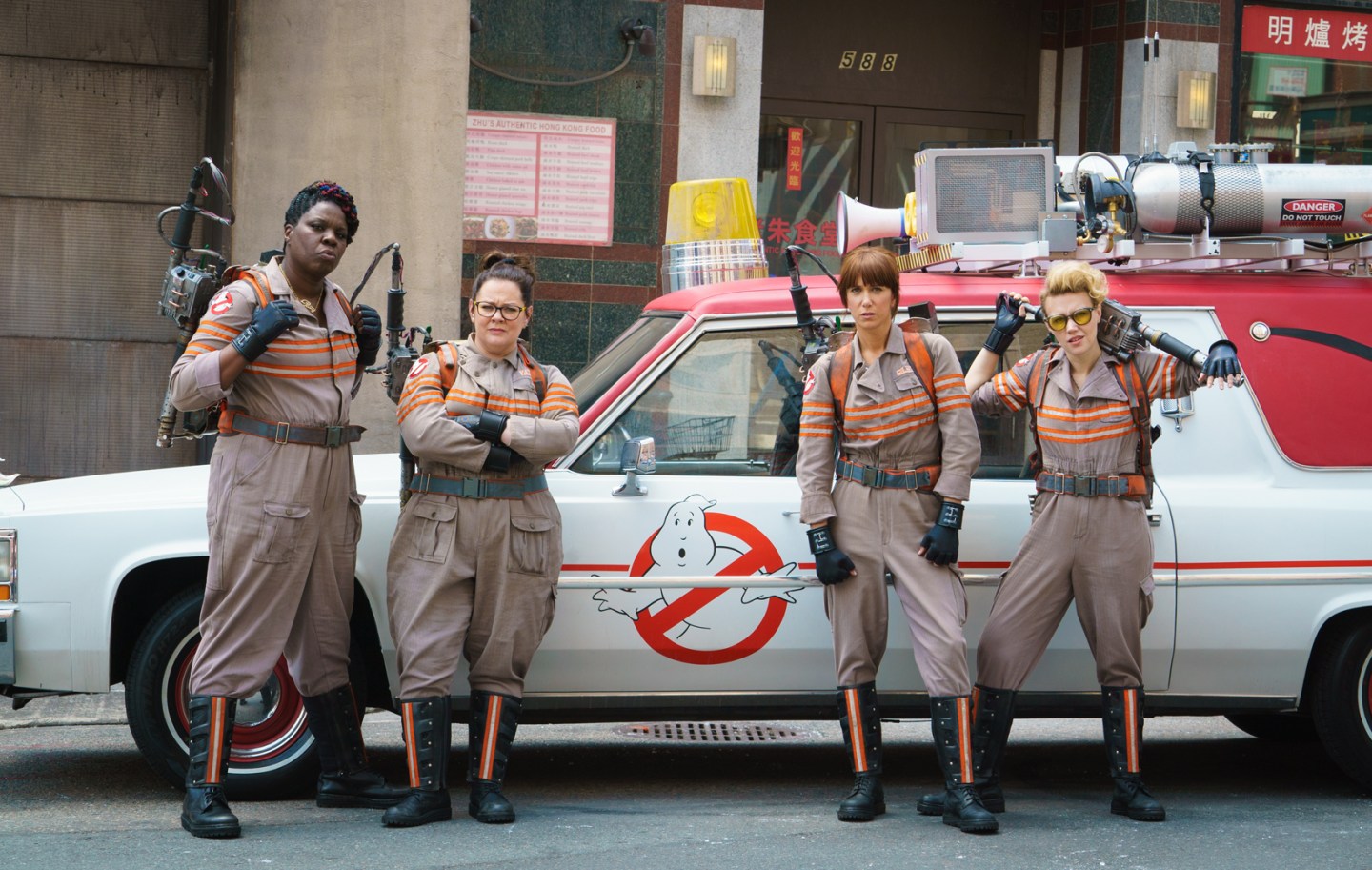 Paul Feig’s “Ghostbusters” reboot has triggered intense debate over its decision to refashion the proton pack-wielding paranormal investigators as an all-female team.

For some, the movie has been a feminist rallying cry; for others, a pop culture desecration. It’s also provided ample opportunity for internet trolls to engage in some misogyny.

After all the chatter and the gender politics, “Ghostbusters” debuted this weekend to a solid $46 million from 3,962 locations. Sony hailed the results as evidence that audiences were responding to its new take on the decades-old property. But though it ranks as the best debut for a live-action comedy in over a year, the film will have to show some endurance, as well as resonate with foreign audiences, to make a profit. After all, dusting off the ectoplasm was expensive, with Sony shelling out $144 million to make “Ghostbusters” and millions more to market the film. That tops what most comedies cost to produce and distribute.

Sony (SNE) has been trying to get another “Ghostbusters” off the ground for decades, but it has often been the victim of original star Bill Murray’s mercurial vetting process. The new picture, which brings together Melissa McCarthy, Kristen Wiig, Kate McKinnon and Leslie Jones, is clearly designed to trigger a fresh array of sequels.

“There absolutely will be more,” said Josh Greenstein, Sony’s marketing and distribution chief. “This is a restart of one of our most important brands.”

The audience for the film skewed female, with women making up 54% of ticket buyers. It also resonated more strongly with older crowds, weaned on the 1984 original and its 1989 sequel, as 55% of the audience clocked in over the age of 25. Despite Greenstein’s optimism, some analysts argued the results were underwhelming.

“Unless it has massive legs, any opening under $50 million is not a triumph,” said Jeff Bock, an analyst with Exhibitor Relations. “It’s still an asterisk. The next two weeks will tell the tale.”

“Ghostbusters” was no match for Illumination and Universal’s “The Secret Life of Pets,” which dominated the box office for a second consecutive weekend, topping all challengers with $50.6 million. The look at what dogs, cats and other domesticated critters do when their owners are at work is one of the summer’s biggest smashes, having earned $203.2 million stateside. It will likely inspire a new family film franchise, and is simply the latest in a long line of hits featuring talking animals.

The weekend’s other wide release debut, Broad Green’s “The Infiltrator,” debuted Wednesday across 1,601 theaters, taking in a tepid $6.7 million in its first five days of release. The look at a federal agent’s (Bryan Cranston) attempts to infiltrate drug lord Pablo Escobar’s inner circle scored with critics. The hope is that it will continue to draw adult audiences unmoved by the onslaught of superheroes and sequels. Broad Green declined to comment on the film’s results.

Just in time for the Republican National Convention, conservative director Dinesh D’Souza has struck a chord with far right audiences yet again, releasing “Hillary’s America: The Secret History of the Democratic Party” to a $77,500 opening from just three theaters.

In limited release, Amazon Studios scored with “Cafe Society,” Woody Allen’s nostalgic look at 1930’s Hollywood. The comedy, which stars Kristen Stewart and Jesse Eisenberg, opened to $355,000 from five locations. That translates to a $71,000 per-screen average, the highest of the year.