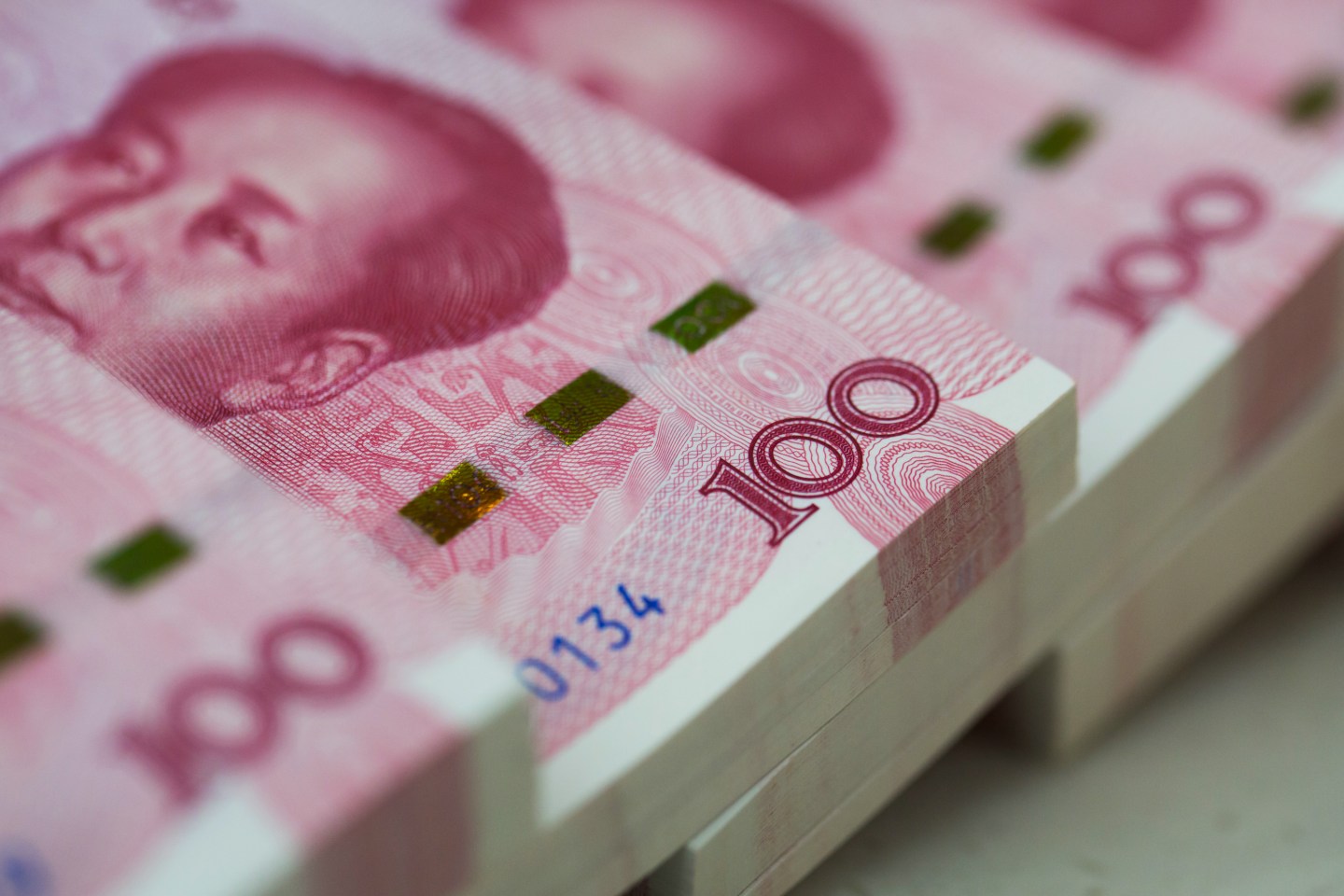 China’s yuan steadied against the dollar in early trade on Tuesday, a day after slipping below the psychologically important 6.7 level for the first time in more than five years.

Traders said sentiment towards the Chinese currency remained weak, partly driven by China’s slowing economy, and expect the yuan to stay under depreciation pressure in the near term.

The People’s Bank of China set the midpoint rate at 6.6971 per dollar prior to market open, weaker than the previous fix at 6.6961 – the official guidance rate’s weakest level since October 2010.

On Monday, the yuan slipped below 6.7 on the dollar after flirting close to that level for almost two weeks – the first such breach in more than five years, after state bank support for the currency tapered off in late trade.

The yuan has now lost more than 3 percent of its value against the dollar so far this year, despite the government reiterating that it wants the currency’s value to remain relatively stable and that it will not use the yuan to boost trade competitiveness.