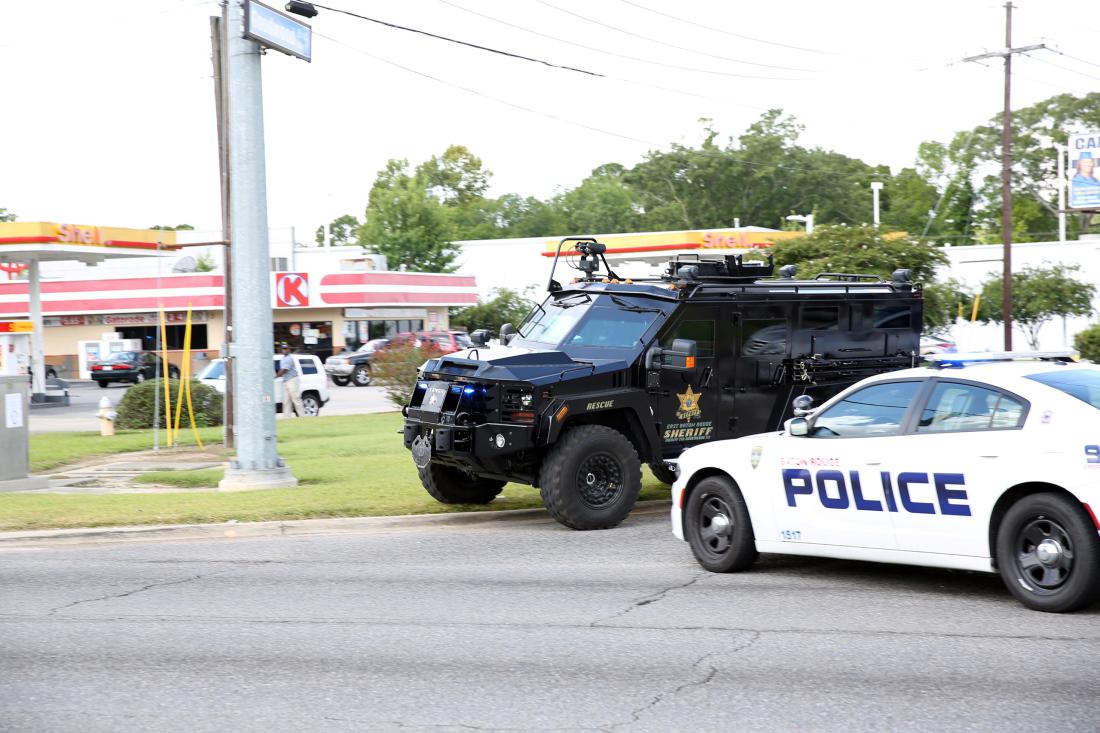 Several police officers in Baton Rouge, La. were shot on Sunday and authorities said at least two have died.

The shooting took place just before 9 a.m. about a half mile from Baton Rouge police headquarters on Airline Highway, the East Baton Rouge Sheriffs Office said.

Kip Holden, the mayor-president of East Baton Rouge Parish, told KSLA News 12 that authorities were working to figure out details of the shooting which left a “number” of officers injured. “The situation is still very, very fluid,” Holden said.

Baton Rouge Police Department spokesman Don Coppola told KSLA News 12 that he believed the officers were on duty at the time of the incident, which he said has been “contained.” The conditions of those injured were unclear.

East Baton Rouge Parish Sheriff’s Office deputies may have also been among those shot, Coppola said.

Louisiana Gov. John Bel Edwards condemned Sunday’s shooting in a statement. “This is an unspeakable and unjustified attack on all of us at a time when we need unity and healing,” he said. “Rest assured, every resource available to the State of Louisiana will be used to ensure the perpetrators are swiftly brought to justice.”

#lagov on the shooting of law enforcement officers in Baton Rouge today: pic.twitter.com/BU3B4Iznbe

Authorities in Baton Rouge last week thwarted a planned attack on police officers days after the shooting of Alton Sterling, a 37-year-old black man who was killed by police in an encounter that was largely captured on video and raised widespread concerns about the officers’ actions.

Police had arrested four people who they said stole guns from a local pawn shop and planned to target officers.

This is a developing story. Check back for more updates.