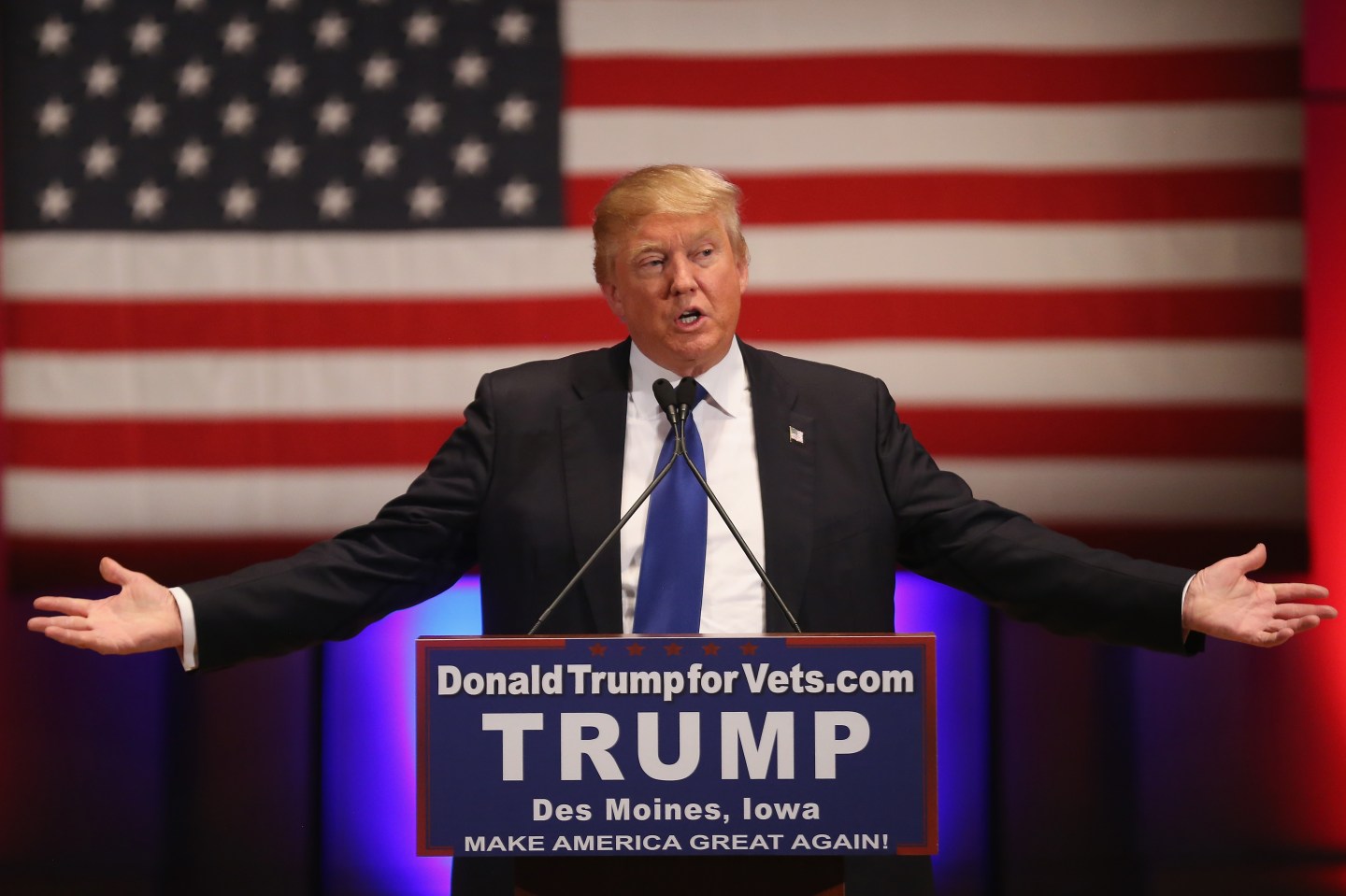 Donald Trump officially introduced his running mate, Indiana Gov. Mike Pence, on Saturday and also unveiled a new joint campaign logo—different from the original that was swiftly mocked across social media on Friday.

The original logo appeared in an email sent by Trump’s Make America Great Again Committee, the joint fundraising committee between the campaign and the Republican National Committee, according to Politico.

It featured an interlocking T and P, representing their last names, but many found the insignia to be sexually suggestive.

Trump and Pence intertwined in this new logo appearing in fundraising email pic.twitter.com/O2imSka40v

What is the T doing to that P? https://t.co/tDvYm2QJYi

The new logo appears to be the same, except for the removal of the controversial interlocking letters. It now shows only the candidates’ last names, one atop the other with “Make America Great Again” below.

Trump email this morning. Did they kill the logo?!pic.twitter.com/TrmWZjT0iL