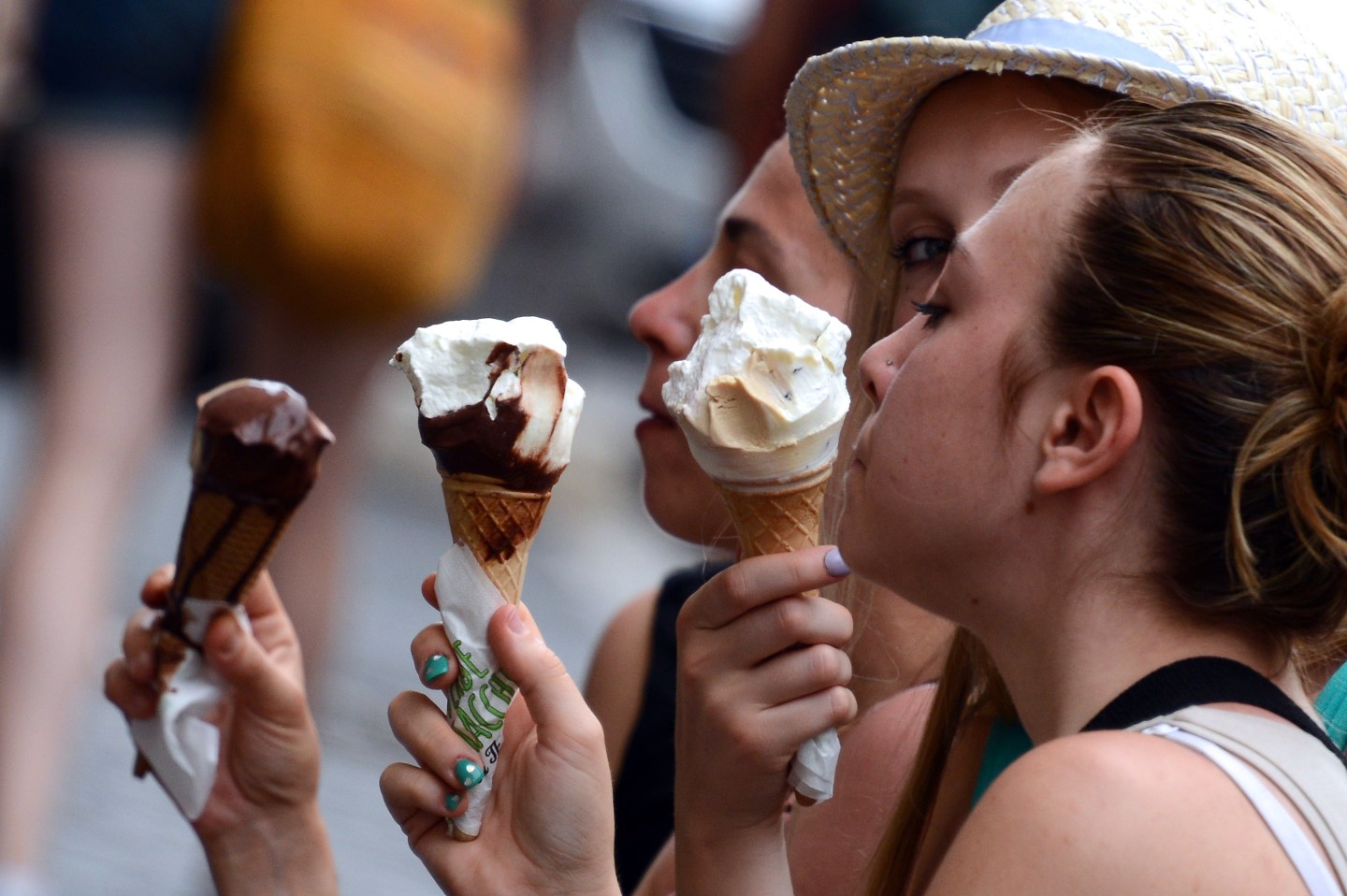 Uber has partnered Magnum, the frozen desserts maker, to deliver ice cream bars in more than 400 cities in 69 countries, with more than 100 cities in North American alone. To participate, Uber says users just need to open their Uber app today from 11:00a.m.-3:00p.m. in any time zone, set their location and click on the promotion—the ice cream tab. Ice cream prices will vary, but the most common deal is four Magnum ice cream bars for $10.

And even better yet, if you happen to live in Austin, Atlanta, New York, Los Angeles, Miami, Chicago or San Francisco, or any other of the 20 cities where Uber has launched its food delivery service UberEats, you can opt for free ice cream. UberEats users also get the option of choosing a Klondike bar.

Carvel: On Sunday, Carvel will give you a free cup or cone with the purchase of one of equal or larger size.

PetSmart: Participating PetSmart PetHotels locations are giving free ice cream samples for all dogs on Sunday. In addition, a PetSmart ice cream truck will be giving out free ice cream for dogs and humans alike in New York City’s Washington Square Park on Thursday at noon.

Marble Slab Creamery: Buy an ice cream cone and get another one free at participating locations on July 17 until 1 p.m.