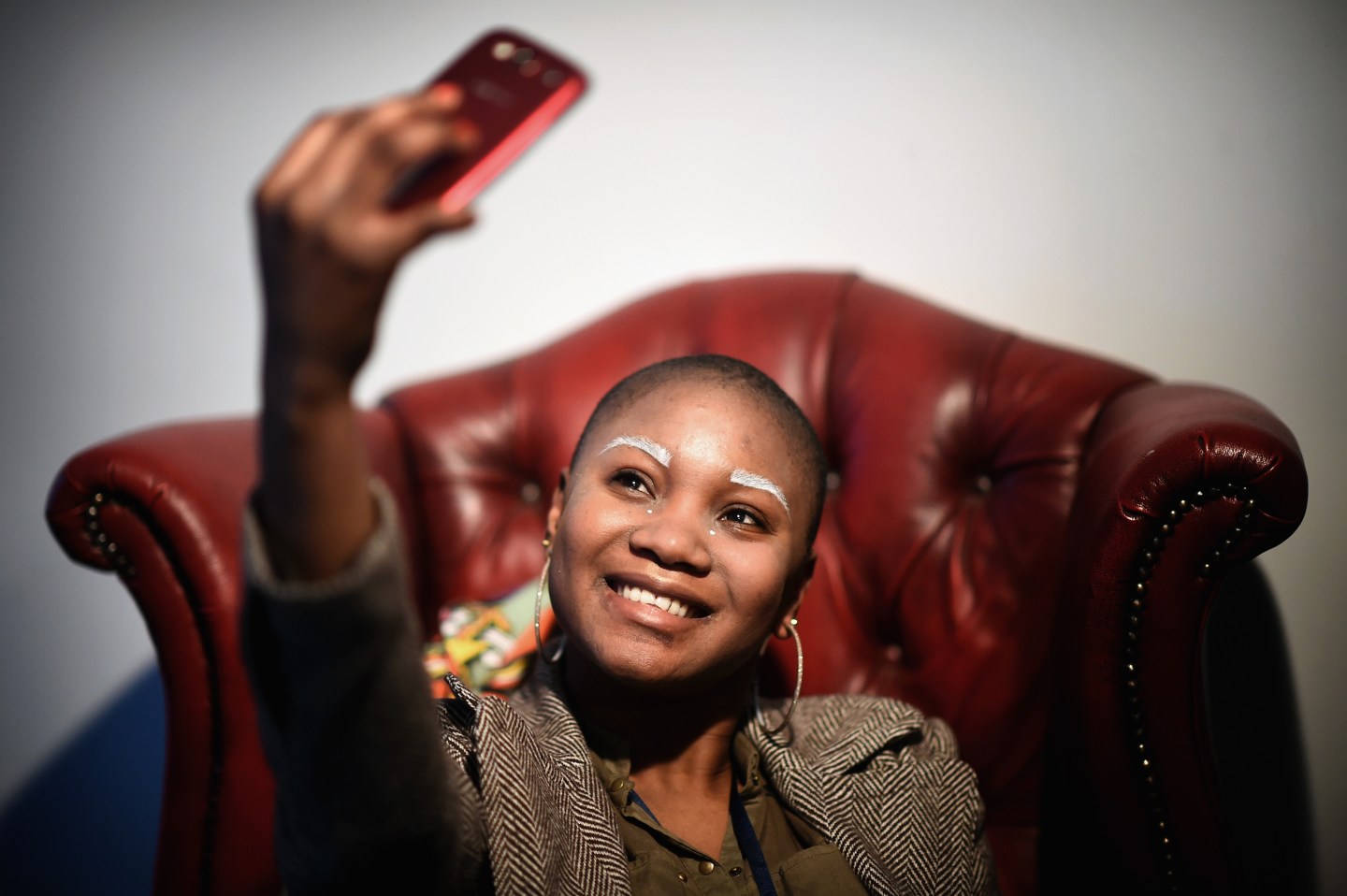 Those with darker skin tones often have one big problem when posting pictures of themselves to Instagram: they’re whitewashed.

Filters on the photo sharing app have been said to have a tendency to whitewash people of color, working against them and their darker skin tones. In fact, many digital photography functions are—and historically have been—optimized for white, or lighter, skin tones.

In 2015, Pew Research data showed that 47% of online African Americans and 38% of Hispanics used the photo-sharing app, compared to only 21% of whites or non-Hispanic people. Since the app is proportionately more popular among people of color, it begs the question: Why are there not more Instagram filters that work with nonwhite skin tones?

That’s a question—and an answer—that Alesha Randolph, senior designer at Vox, and a team of designers and engineers recently asked and found a solution to. To combat the whitewashing filter phenomena, Randolph and her team created Tonr, a photo-editing desktop app that, “amplifies how beautiful a variety of skin tones are instead of washing them out,” according to the app’s website.

“The goal of Tonr is to create filters that affirm that black, brown and other skin tones are beautiful. We looked towards deepening the subjects’ skin instead of lightening, emphasizing the richness and saturation of melanin and playing with interesting color overlays,” the developers said on the website.

I am so excited and pleased to present to you #tonr, our #VAX2016 project! https://t.co/IYcXl7AhkI pic.twitter.com/BStNOu0gu7

The filters were created using Photoshop and Javascript by Vox designer and illustrator Brittany Holloway-Brown, along with product engineer Aidan Feay, Mic first reported. Holloway-Brown experimented with contrast and saturation to create filters that would complement a range of complexions.

“I think just knowing that the app was created by people of color feels empowering to the community,” Randolph told Mic.

Randolph, along with Holloway-Brown and coder Pamela Assogba (who are all black women) were the first to filters out the filters in a mini photo shoot before later trying them with photos of celebrities of color, Mic reported.

To better think of “the margins in marginalized communities,” Holloway-Brown told Mic that when creating the app she created the filters that would complement the darkest skin tones first, and then worked her way back to the lighter skin tones.

But Tonr’s significance—aside from promoting diversified filter use for marginalized people—goes beyond just an inclusivity factor. When Randolph and the rest of the Vox team created the app, they challenged the lack of diversity that many tech companies are notoriously known for. After being criticized for their hiring practices, Fortune previously reported that many tech companies began publishing employee demographic data, and the results were rather unsurprising: White and Asian men dominate. As women, blacks and Hispanics continuously lack in the tech world, Randolph told Mic that this results in a user experience that is typically “male and pale.”

The Vox team only took two and a half days to lay the groundwork for the app during a hackathon, according to one of Randolph’s many tweets about Tonr. And for Randolph, Tonr is proof that, “if platforms wanted to be more including of people of color, it would take only the desire to do so.”

Although the team will continue to work on the app, Randolph told Mic, “We may have technical bugs, but we have solved the issue of inclusiveness.”

Fortune has reached out to Randolph and the rest of the Vox team and will update the story if they respond.