This One Chart Shows How Obscene CEO Pay Has Become 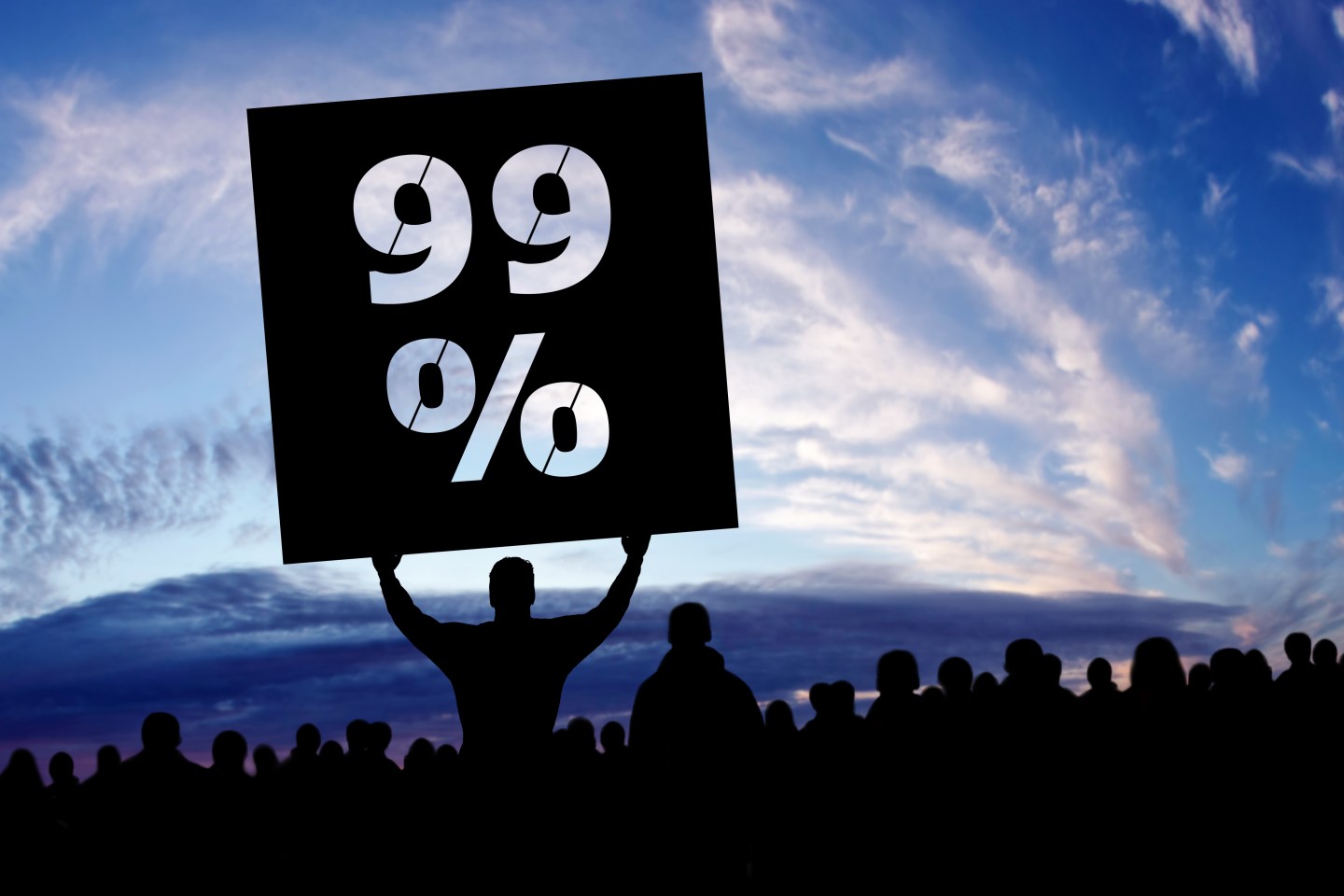 Occupy Wall Street made popular the idea of a country divided between the 99% and the 1%, but its really the chief executives of the nation’s biggest businesses that are pulling away in the income race and leaving everyone else behind, according to a new report from the Economic Policy Institute.

“CEO compensation at the largest firms dipped temporarily in 2015, but remains 940.9 percent above its 1978 level,” the report says. “This growth in CEO compensation far exceeded the growth of the stock market . . . . This shows that executives have done far better than the firms they have led and executive pay cannot be simply attributed to better firm performance.”

The above chart is pretty striking in that it shows just how much CEO pay has outstripped even the stock market, as higher stock prices are one way in which ever-higher executive pay is justified. These data may again bring to the fore the debate over CEO pay, which has been ongoing in some form or another for decades. The most recent regulatory action taken in the hopes of reigning in unjustified CEO pay was a rule implemented by the SEC last year, which requires companies to publish the ratio of CEO pay to the median salary of other workers at the firm.

But critics say the rule will do little to curb executive pay growth and may have other unintended consequences. For instance, if a firm believes that publishing high CEO pay to worker pay ratio would be embarrassing, that may encourage firms simply to outsource low-paid jobs to contractors. Furthermore, recent economic research has shown that the main driver of overall economic inequality isn’t pay inequality within firms, but between them.

But if this trend continues, expect lawmakers and regulators to continue experimenting with ways to put a cap on ever-escalating executive pay.