Why Dropping ‘Man’ From Military Titles Isn’t About Political Correctness 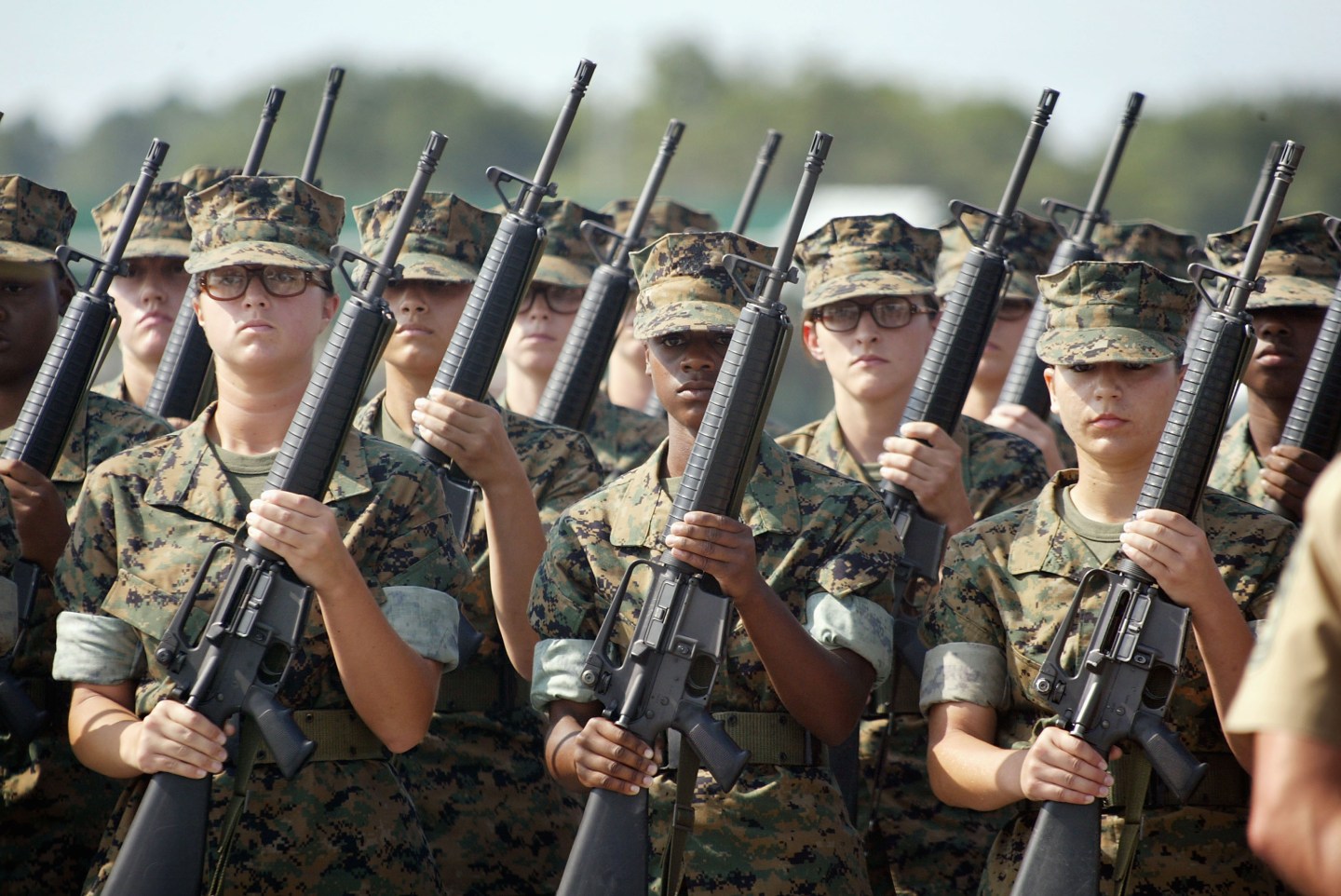 Navy SEAL, Army Ranger, Marine Corps infantryman. In December of last year, Defense Secretary Ashton Carter announced that all combat roles in the U.S. armed forces are open to all service members, regardless of gender. And now some military job titles are changing to match the changing times.

The Marine Corps is in the process of renaming 19 jobs—known in military terms as “military occupational specialties”—to give them titles that remove the word “man.” In most cases, the word “Marine” will replace it.

In a nod to Marine Corps history, the jobs “rifleman” and “mortarman” won’t change, according to the Marine Corps Times.

The new names—and the blowback they’ve sparked in some circles—illustrate the momentous shift now underway in the U.S. military, as well as the storied history that continues to make itself felt. The Air Force, for one, is holding fast to its historic titles, which include “airman.”

Some leading voices among women in uniform say the Marine Corps’ move is one important way to show girls that they can serve in any way they feel called to do so. Words matter—and these new words make sure women know that they are not left out of their nation’s service, in title or in deed.

But the biggest test of the military’s commitment to opening all opportunities to women goes beyond language, to leadership. And at a recent event, I heard one of America’s most senior military officials speak in clear terms about why the entire discussion surrounding women in combat is not about “political correctness.” The real point, he said, is combat readiness.

“Gender has nothing to do with it. They are not women soldiers, women marines, or women sailors…they are soldiers. Marines. Sailors. They are leaders. Heroes. Full stop,” said Adm. Kurt Tidd, commander of the U.S. Southern Command, speaking at a gathering he assembled in Trinidad & Tobago to discuss women in the military and security sectors. “This isn’t about leveling the playing field…It’s about making sure we put the best possible team on the playing field, it’s about including in that team a diverse yet cohesive group, made up of people with different perspectives, life experiences, and strengths. Gender integration is a net positive on combat effectiveness.”

Tidd studied at the U.S. Naval Academy when the women first entered the school in 1976. “We did a very poor job integrating those first classes of women,” he said, noting that the military must do better with this transition.

“Achieving meaningful gender integration in our profession is not really about changing our culture. It’s about changing our mindsets; about changing the mindsets of our civilian and military leaders, our commanders, and our operational planners,” Tidd said. “It’s not about a label. It’s about the simple truth that, when given the same opportunities, women repeatedly prove themselves equal to their male colleagues… When offered the opportunity, military women have proven that they belong on the team.”

And being part of that team—with all the responsibilities, duties, and opportunities to serve that that entails—is what women in uniform say they seek. I spent two years with women who served on the front lines alongside Army Rangers and Navy SEALs on special operations combat missions in the writing of Ashley’s War, and met countless women who served elsewhere in the special operations community. For them, being part of a team in which they could push themselves to their limits in service to America and alongside their brothers-in-arms was what mattered most. Many would not call themselves feminists. They say they just want an opportunity to serve to their utmost. Period. For them, it is about purpose, not politics.

“When they meet the standard, they will drive tanks, fire mortars, and lead infantry soldiers into combat. They will have exactly the same opportunity as their male teammates to qualify to serve as Army Rangers and Green Berets, Navy SEALs, Marine Corps infantry, Air Force para jumpers, and every other specialty that previously was open only to men. Even more importantly, our military will be better able to harness the unique skills and perspectives that our talented women have to offer,” Tidd said. “This is not a ‘women’s issue.’ It’s a leadership issue.”

Gayle Tzemach Lemmon is a senior fellow at the Council on Foreign Relations and the author of the New York Times best sellers Ashley’s War: The Untold Story of a Team of Women Soldiers on the Special Ops Battlefield and The Dressmaker of Khair Khana. You can find more of her work at http://www.gaylelemmon.com and on Twitter at @gaylelemmon.