U.S. Investors Fearing the Worst Are Hording Their Money This Election Cycle 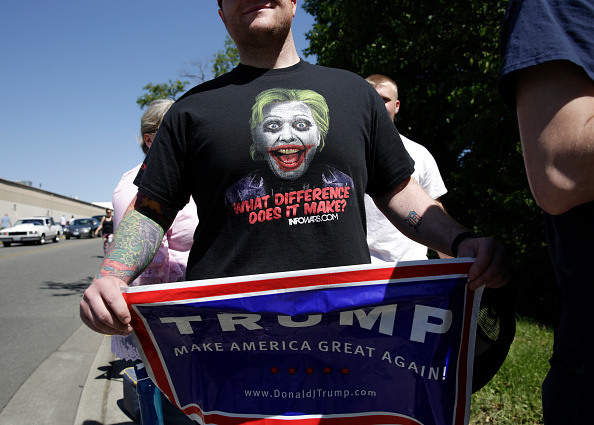 Bob McCann, who chairs the Swiss bank’s Americas division, said in an interview this week that clients are confident about the economy but hesitant to invest because the Nov. 8 election seems so unpredictable. Although the U.S. stock market hit a new high this week, many clients would rather sit on the sidelines than risk the kind of losses they faced in 2008, he said.

“Historically, individual investors define risk as, ‘How much volatility can I live with in my portfolio?'” McCann told Reuters ahead of a UBS event in Hartford, Connecticut, on Monday evening.

“The definition has changed to, ‘How much money can I afford to lose permanently?'”

The event, featuring two former U.S. Senate majority leaders, was intended to calm clients’ nerves about the election. Unpredictable and sometimes fiery rhetoric from candidates has given them reason to worry.

A UBS survey of 2,200 high net worth investors found that 84 percent of them think the election will have a significant impact on their financial health, McCann said, citing a report due to be released later in July. Individual investors have consistently held an average of 20 percent of their portfolio in cash over the past five years, according to UBS data.

At the event, McCann interviewed Trent Lott, a Republican from Mississippi, and George Mitchell, a Democrat from Maine, about candidates’ policies and how they might impact the economy.

Neither Lott nor Mitchell would say which candidate would be a better economic steward, noting that the United States remains a superpower despite challenges ranging from the Sept. 11 attacks to presidential impeachment.

“I don’t think either one of them is going to be as bad as you now think,” Lott told the audience of 300 UBS clients and financial advisers.

Mitchell responded: “Trent, no offense, ‘He won’t be that bad’ is not a slogan to inspire.”

UBS is hoping events like these, which it plans to host in Chicago, Houston and Miami as well, will get clients more comfortable with market volatility. High cash balances can hurt returns over the long term, and weigh on wealth management firms’ profits.

Many of the wealthiest UBS clients are so scarred by losses from the financial crisis that they insist on having at least 25 percent of their holdings in cash, even when they feel confident about the economy, McCann said.

“We’ve seen cash holdings higher than what you would traditionally think … since 2009 on,” he said. “I don’t think that’s a temporary phenomenon.”