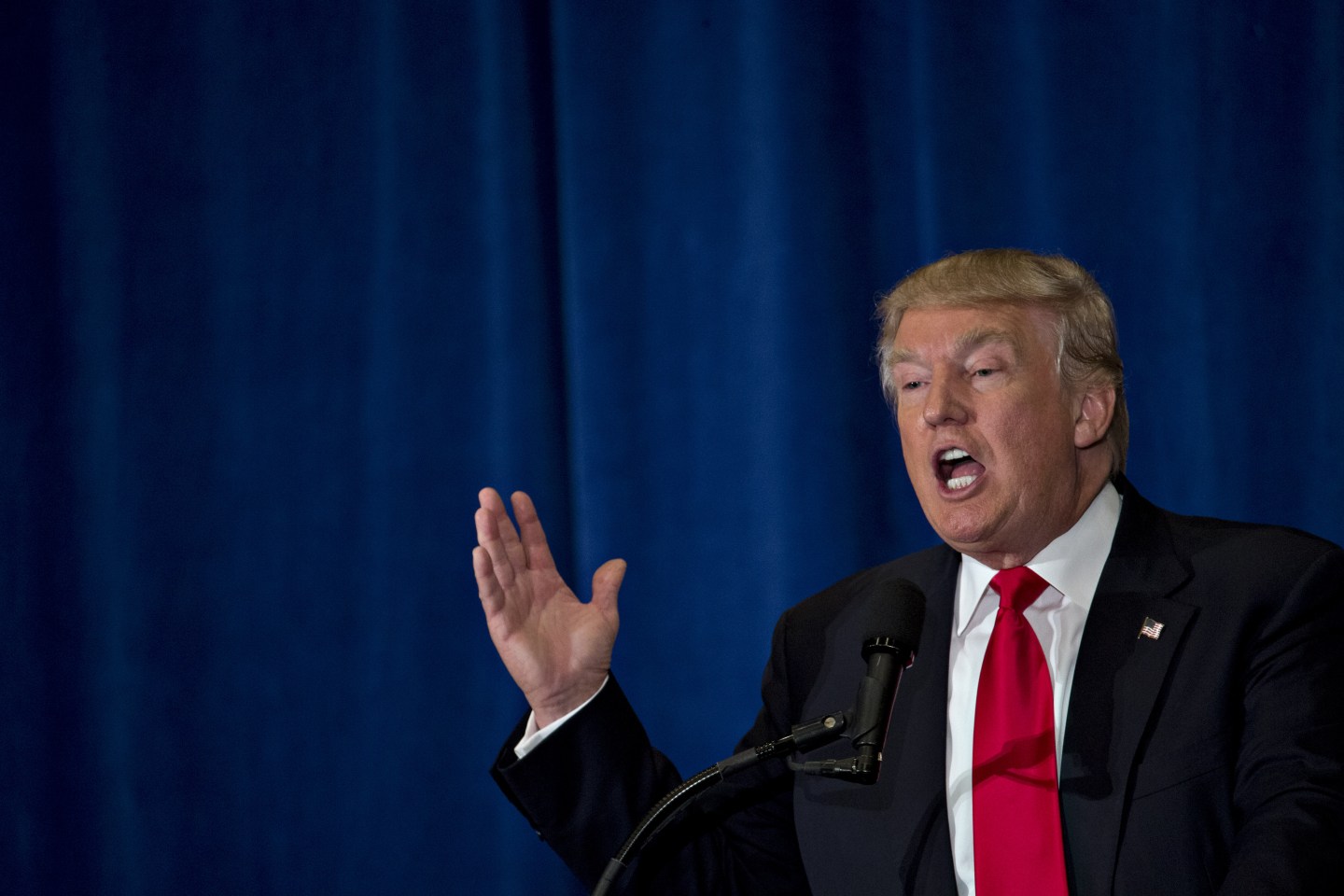 “Justice Ginsburg of the U.S. Supreme Court has embarrassed all by making very dumb political statements about me,” he posted on @realDonaldTrump.

“Her mind is shot—resign,” Trump demanded in his Twitter message.

Ginsburg said in an interview with The Associated Press last week that she doesn’t want to think about the possibility of Donald Trump winning the White House, and she predicts the next president—”whoever she will be”—will have a few appointments to make to the Supreme Court.

The 83-year-old justice and leader of the court’s liberal wing said she presumes Democrat Hillary Clinton will be the next president. Asked what if Republican Donald Trump won instead, she said, “I don’t want to think about that possibility, but if it should be, then everything is up for grabs.”

That includes the future of the high court itself, on which she is the oldest justice. Two justices, Anthony Kennedy and Stephen Breyer, are in their late 70s.

“It’s likely that the next president, whoever she will be, will have a few appointments to make,” Ginsburg said, smiling.

McConnell said that members of the Supreme Court shouldn’t weigh in on American elections.

“It raises a level of skepticism that the American people have from time to time about just how objective the Supreme Court is, whether they’re over there to call the balls and strikes, or weigh in on one side or another,” he said.