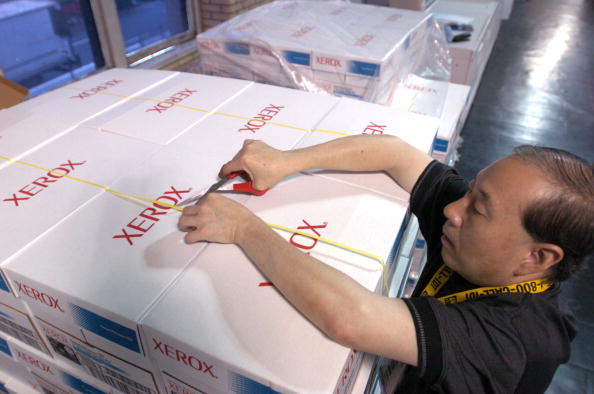 Xerox (XRX), which is on track to split into two companies by the end of the year, has been in talks to acquire financial printing firm RR Donnelley & Sons Co (RRD) , according to two people familiar with the matter.

The companies still have significant issues to negotiate and a deal is not imminent, according to one of the people, who asked not to be named because the matter is private.

Bloomberg, which first reported the talks on Monday, said that Xerox would look to acquire RR Donnelley, and then merge parts of it within the two newly created companies Xerox is forming.

“We do not comment on market speculation,” said a Xerox spokesman while RR Donnelley did not respond to a request for comment.

Xerox, best known for its photocopying technology and early contributions to the development of personal computing, said in January that it will separate into a document technology company, which makes printers and copiers, that will have annual revenue of $11 billion, and a business process outsourcing company will have $7 billion in revenue.

The company had been trying to turn itself around, shifting focus to software and services as corporate customers cut printing costs and consumers moved to mobile devices.

RR Donnelley also announced a plan last year to split into three publicly traded companies, a plan it has not yet completed.