Getting Bernie Supporters to Back Hillary Is a Tough Sell 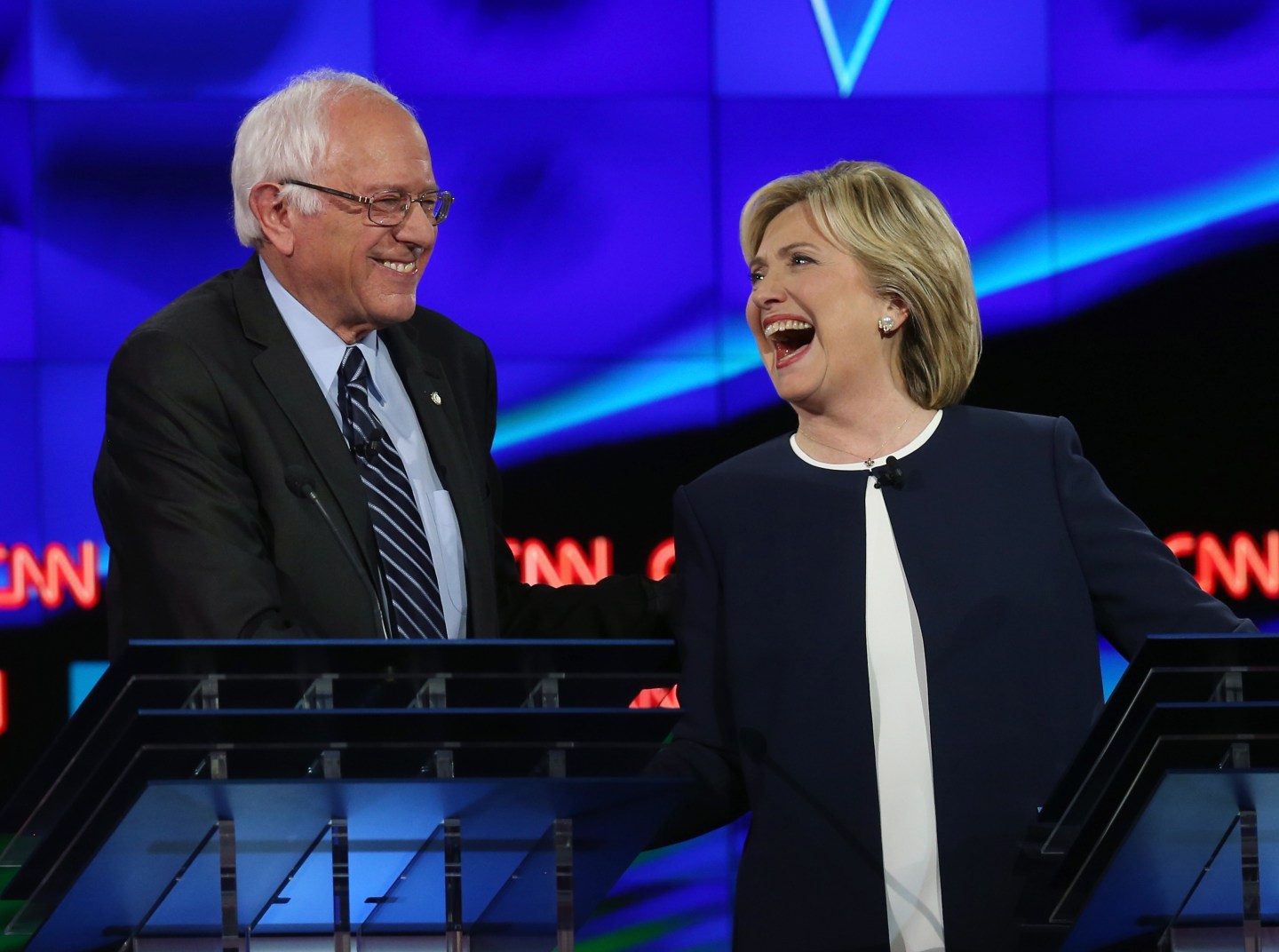 It looks as if Bernie Sanders is ready to back Hillary Clinton. But not all his supporters are prepared to give up revolution for realism.

After weeks of stalling as he sought liberal policy concessions from Clinton and lobbied to push the party platform to the left, the Vermont senator is expected to appear with Clinton in New Hampshire Tuesday to endorse her as the Democratic Party presidential nominee.

Still, despite some major victories in the latest draft of the platform and big concerns about presumptive Republican nominee Donald Trump, many Sanders fans at a Democratic meeting in Orlando over the weekend had clear reservations about casting a ballot for Clinton.

“Personally, I don’t think I will support Hillary. I don’t trust her,” said Lisa Friddle, 53, a nurse from Palm Bay, Florida. “I can’t see backing someone I don’t believe in.”

Those sentiments were echoed by Xavier Gaud, 26, of Orlando, who said he would prefer that Sanders run as an independent. If Sanders isn’t on the ballot, he said it was “more likely I will support Jill Stein,” the leader of the minor Green Party.

Clinton and Sanders will appear Tuesday at a high school in Portsmouth, New Hampshire, the leadoff primary state where he trounced her last winter. In recent days, Clinton has announced new policies on higher education and health care in a nod to his liberal campaign. The party platform also shows Sanders’ influence, with a commitment to a $15 federal minimum wage and tougher language on climate change.

Tensions between the campaigns simmered throughout the platform meeting in a steamy hotel ballroom over two marathon days. Despite winning concessions on many issues, Sanders supporters booed angrily over losses, such as failing to get clear opposition to the Trans-Pacific Partnership trade deal.

Near the meeting’s end, Sanders backers angrily shouted down an effort to add Clinton’s name to the document in a number of places, which they took as an implication that she was already the official nominee.

“To do it now is a slap in the face to us. She is not the nominee,” said Diana Hatsis-Newhoff, 54, a nurse from Palm Beach, who is a Sanders delegate.

Some key progressive groups did start falling in line behind Clinton on Monday. The Communications Workers of America, which had previously backed Sanders, announced its endorsement, as did the Progressive Action PAC, the political committee for the Congressional Progressive Caucus.

Clinton, who needs to capture the liberals and young people who flocked to Sanders in order to defeat Trump, has also been campaigning with popular Sen. Elizabeth Warren, of Massachusetts, and with President Barack Obama.

Heading into this month’s national convention, the Sanders campaign will try to promote unity. The campaign is considering a rally in Philadelphia on the Sunday night before the convention, and Sanders is expected to campaign for Clinton post-convention.

Whatever his message, Sanders supporters plan to take to the streets in Philadelphia. As of Monday, 10 permits have been issued by the city for rallies and marches during the convention, and six of those are for Sanders supporters. More applications are pending.

Laurie Cestnick is part of a group called Occupy DNC Convention and is organizing a march and rally on the first day in support of Sanders. She said members of her group will likely leave the Democratic Party if Sanders is not the nominee.

“We hope that Bernie might consider running on a third party,” said Cestnick. “For my group, it’s Bernie or bust.”

Sanders acolytes who have been swept up in by his lofty promises and pledges of “political revolution” said they wanted a candidate they connected with, expressing frustration with the idea that they should vote for Clinton simply to keep Trump out of the White House.

“Convince me to vote without using Trump in the sentence, or a lesser of two evils,” said Anthony Rogers-Wright, 40, a nonprofit policy director from Seattle. “I want to hear what she says to all of us when she gives that acceptance speech.”

Some people said they would get behind Clinton, though they want to hear Sanders’ reasoning.

“I’m personally waiting for direction from Bernie myself. I’d like to hear his thoughts,” said Allan Nichols of Miami Shores, Florida, 54 and an at-large delegate. “Above all, I’m a Democrat and see a very substantial threat with Donald Trump. In November, I will be voting for the Democratic nominee.”

Still, Kira Willig, 41, an attorney from Miami and a delegate for Sanders, said she isn’t ready to move on yet.

“I have not given any thought post the convention. I really don’t because it’s not over until it’s over,” Willig said. “When you’re a sports fan you always think there’s a play.”