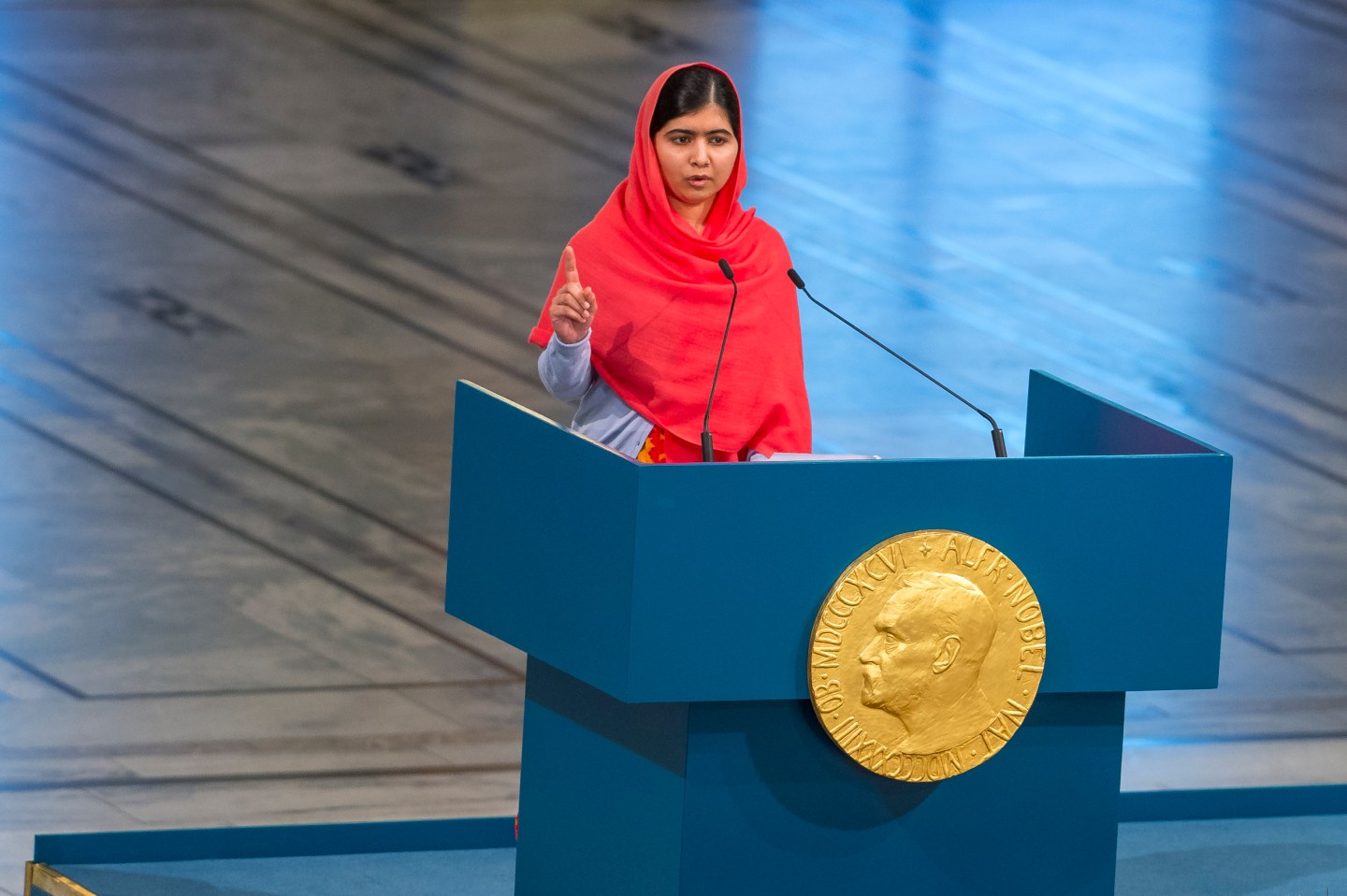 This article originally appeared on Motto.

Malala Yousafzai is hardly your ordinary teenager. She turns nineteen today and already has numerous accomplishments under her belt. These include but not are not limited to winning the Nobel Peace Prize, writing a bestselling memoir, and becoming a renowned education activist around the world.

AWe’ve compiled some of her greatest and most defining moments. Nothing can hold Malala back, and she’s not stopping anytime soon.

2012: Speaking out against the Taliban

Love for education runs in Malala’s family. Her father, who established a private school in Pakistan, taught her to believe in education reform. The Taliban gained control of her region, Swat, in 2008, and shut down all of the schools for girls. She began blogging anonymously for the BBC in 2009 when she was only 11 about what it was like to live under Taliban control.

Although writing under a pseudonym, she couldn’t hide from the Taliban for long. Malala was shot in the head by Taliban gunmen while on her school bus. After a procedure in Pakistan, she was flown to the United Kingdom alone to undergo surgery and was separated from her parents. In an article for TIME describing her stay in the hospital, she writes, “I felt nothing, maybe just a bit satisfied. So they did it. My only regret was that I hadn’t had a chance to speak to them before they shot me. Now they’d never hear what I had to say.”

2013: She publishes her book I Am Malala and leaves Jon Stewart speechless

Malala’s book I Am Malala: The Girl Who Stood Up For Education and Was Shot by the Taliban quickly became a nonfiction bestseller. In an interview on The Daily Show, Jon Stewart called it “humbling to meet” her. Stewart looked genuinely in awe of Malala. The video says it all.

Just two years after getting shot by the Taliban, she and Kailash Satyarthi, a children’s rights activist from India, won the 2014 Nobel Peace Prize. She was just 17. They were both commended “for their struggle against the suppression of children and young people and for the right of all children to education.”

TIME chose Malala as one of the most influential teens of 2014, and later included her in its 2014 “Time 100” listing. She also started her own foundation in 2013, the Malala Fund, which promotes education for girls.

Like millions around the world, I draw strength from brave Malala’s example…In the face of oppression and bitter injustice, she demands education and opportunity. In the face of violence from the hands of cowards, she refuses to back down.

Malala is a testament that women everywhere will not be intimidated into silence. We will make our voices heard.

2015: Malala Is the Runner-Up in TIME’s Person of the Year Poll

Leading the charge in front of Pope Francis and Angela Merkel, Malala once again dominated TIME’s poll. In 2015, she also spoke at the United Nation’s Sustainable Development Conference and released her documentary He Named Me Malala—all while a high school junior.

2015: Malala and Emma Watson hang out and discuss feminism

Watson interviewed Malala before her documentary was released, and was particularly inspired by Malala’s calling herself a feminist. In an interview, Watson said, “I think this gesture is so emblematic of what Malala and I went on to discuss…I want to make it a welcoming and inclusive movement. Let’s join our hands and move together so we can make real change.”

In an interview with Reuters, Malala urged world leaders to set aside over $1 billion for educating Syrian children. She told Reuters, “We can still help them, we can still protect them. They are not lost yet. They need schools. They need books. They need teachers. This is the way we can protect the future of Syria.”

On her birthday, we remember one of her most inspirational and powerful quotes from a speech at the UN: “They thought that the bullets would silence us. But they failed. And then, out of that silence came thousands of voices. … Weakness, fear and hopelessness died. Strength, power and courage was born.”