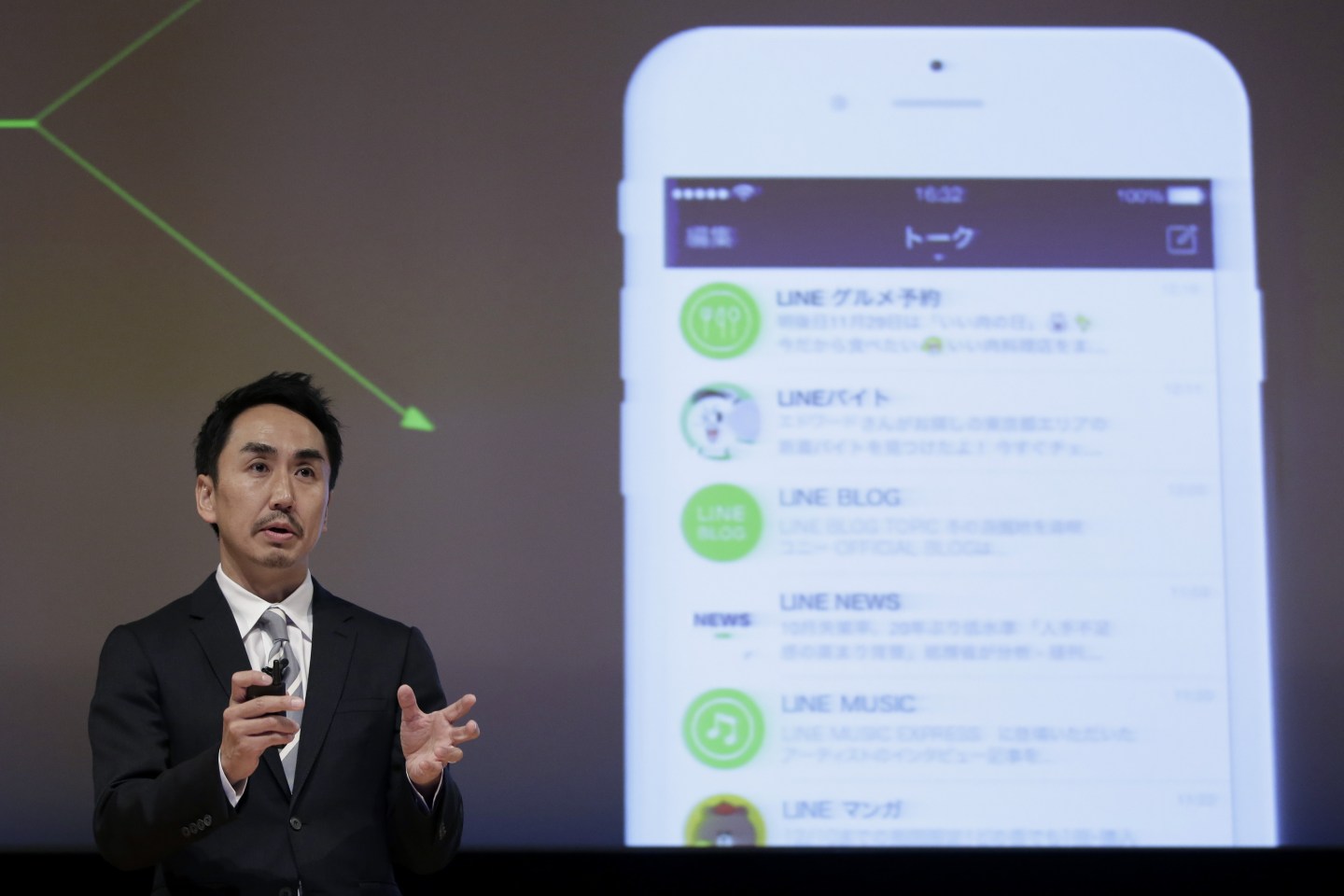 Japan’s Line Corp has priced its IPO at the top of its marketed range, putting the messaging app firm on course to raise up to $1.3 billion and reflecting demand from investors keen on a rare opportunity to invest in a high-profile tech startup.

Line’s initial public offering (IPO), the world’s biggest for a technology firm this year, offers access to a growth area of tech invariably monopolized by private equity. It also comes as political and economic uncertainty following Britain’s vote to exit the European Union pushes money toward relative stability in Asia.

“There’s interest on both sides of the Pacific. The tech sector is a hot space at the moment, as there’s a lot of private equity stuff that people can’t get access to,” said Gavin Parry, managing director at Parry International Trading in Hong Kong.

“The Line listing has given access to a sector that’s tightly held and perceived as high growth, even if the fundamental economics often don’t scratch up.”

Private tech firms such as Uber Technologies have attracted high-profile investment in recent months, but many investors keen to buy into the sector have often been frustrated by limited access.

That has made Line’s listing a tempting prospect, even though the firm has offered little detail on how it can branch out of Japan and Southeast Asia into markets such as the United States.

Line, owned by South Korea’s Naver Corp, set the price for its dual Tokyo-New York listing at 3,300 yen a share, compared with its indicative range of 2,900 yen to 3,300 yen, a filing with Japan’s finance ministry showed.

Line bumped up its initial price range last week due to buoyant demand, some from foreign investors seeking assets in Asia with less exposure to fallout from the so-called Brexit, Parry said.

The IPO, Japan’s biggest since the partial privatization of Japan Post last year, has also caught the eye of the country’s legions of individual investors.

“This is seen as a significant event by many domestic retail investors,” said Mitsushige Akino, executive officer at Ichiyoshi Asset Management.

Line’s messaging app was launched in the aftermath of Japan’s 2011 earthquake and tsunami to overcome downed communications, and grew to become the country’s dominant mobile messaging platform over the next few years.

It earns the bulk of revenue from games and the sale of emojis. In its filing, Line said it would seek to boost profit from advertising, without making any forecasts.