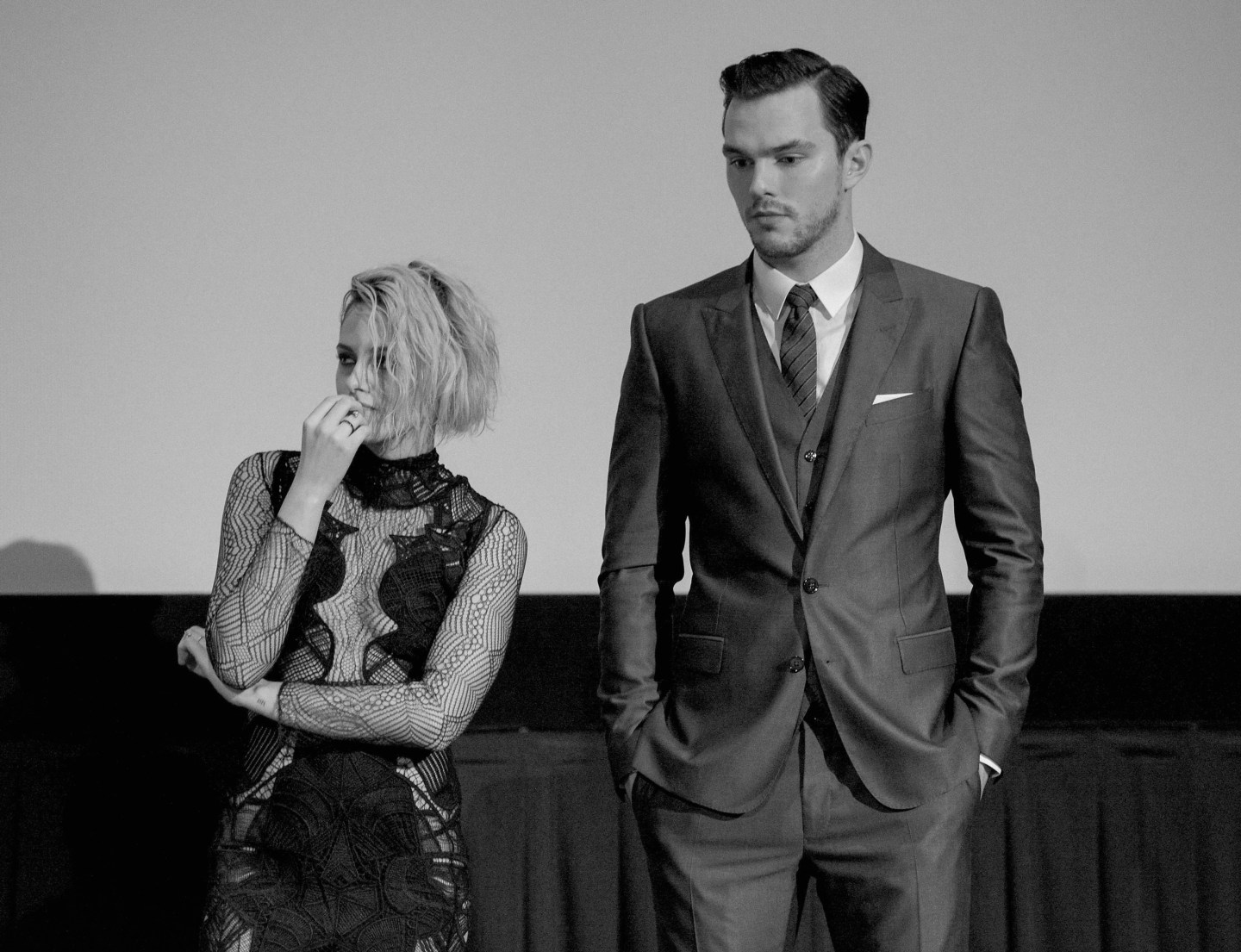 While promoting her new film Equals with costar Nicholas Hoult, the subject turned to James Bond—and Stewart voiced her interest in seeing a woman portray the iconic British superspy.

E! News asked Hoult what he thought about his name being included as a potential successor to Daniel Craig’s 007. “I think I’m a bit too young, to be honest,” the 26-year-old said, noting that Bond is usually in his “30s or 40s.”

“Yeah, but that’s getting a little stale,” Stewart added.

The pair then dismissed critics of casting a black or female actor as Bond. Stewart even imagined how a female version of the character could be introduced.

“You start off as the Bond girl and then you think it’s just the girlfriend and then you’re like, ‘She’s actually [Bond],’” she said. “In the trailer, it’s him and then [a] bait and switch.”

Stewart isn’t the first actress to speak up about a “Jane” Bond. Gillian Anderson responded to a fan campaign that cast her as 007, saying it started an “intriguing conversation” but added, “Will it ever happen in the real world? More than probably not.” Priyanka Chopra has said she’d want to play Bond over being a Bond girl, and Elizabeth Banks also told EW last year that James Bond is a dream role she’d like to play. (We imagined 007 movie posters for them that you can check out here.)

Stewart and Hoult’s Equals is available to watch now on DirecTV and arrives in theaters on July 22. Watch their full Bond comments here.