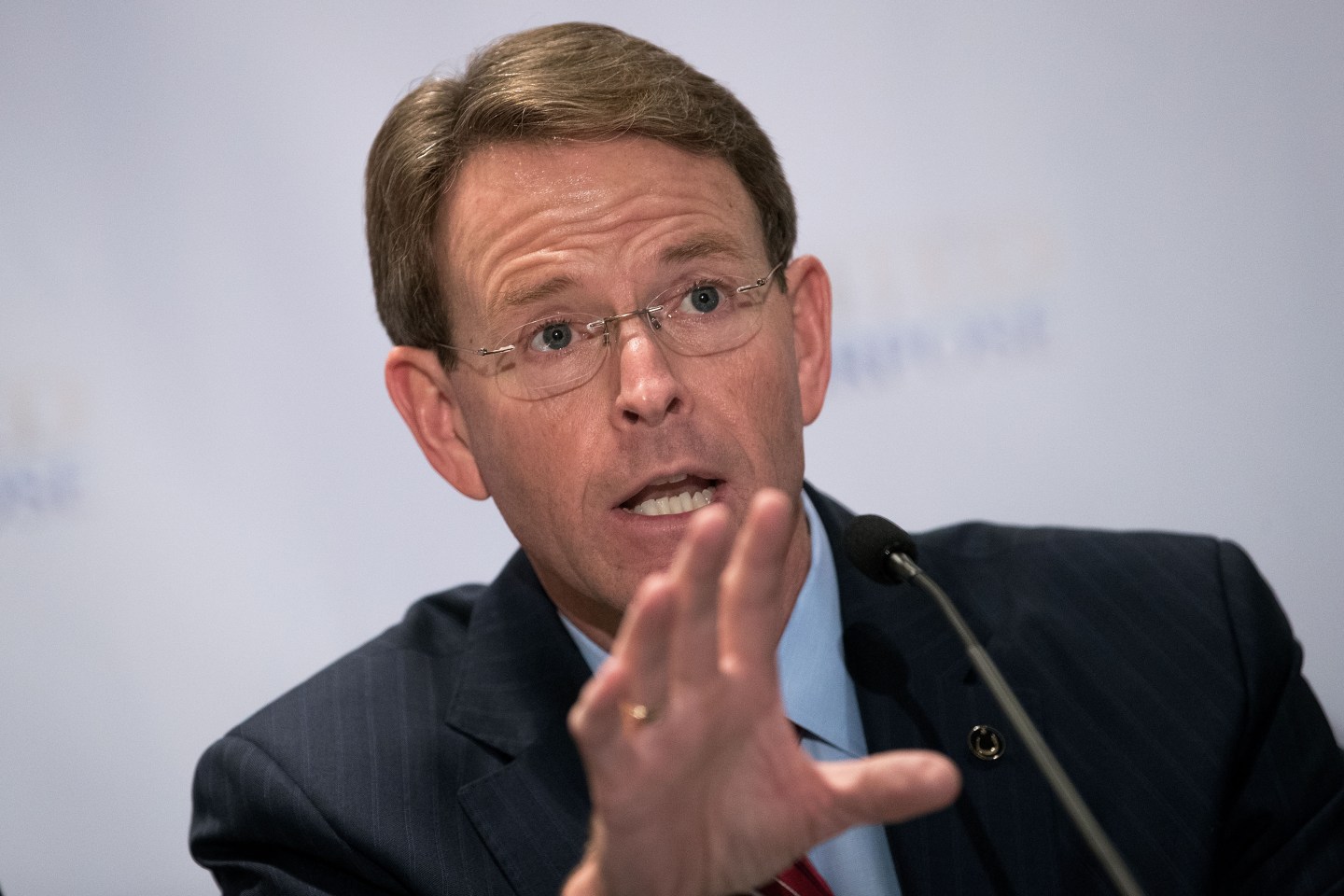 The Republican Party’s platform may be making a turn for the right.

As GOP delegates gather in Cleveland to formulate the party’s principles document, social conservative priorities have dominated the discussion, with several provisions opposition same-sex marriage and endorsing controversial conversion therapy passing preliminary votes Monday. The platform committee’s subcommittee on healthcare, education, and crime approved several of the measures in a sometimes-heated discussion between social conservatives and more moderate Republicans that represent a more conservative shift from the draft platform authored by Republican National Committee staff and outside advisors.

Among the provisions is an assessment that internet pornography is a “public health crisis.”

“Pornography, with his harmful effects, especially on children, has become a public health crisis that is destroying the life of millions. We encourage states to continue to fight this public menace and pledge our commitment to children’s safety and wellbeing,” the amendment states.

An amendment offered by the Family Research Council’s Tony Perkins offered support for the controversial practice of “conversion therapy” for children who identify as LGBT.

“We support the right of parents to determine the proper treatment or therapy, for their minor children,” the amendment said. Perkins originally drafted a more explicit embrace of the practice, but amended the text after consultations with top RNC officials. Perkins’ amendment, which passed the subcommittee, also calls for legislation to require parental consent for minor women to cross state lines for the purposes of obtaining an abortion.

The subcommittee strengthened the platform’s language in opposition to same-sex marriage. The initial draft circulated late Sunday to committee members stated: “Our laws and our government’s regulations should recognize marriage as the union of one man and one woman and actively promote married family life as the basis of a stable and prosperous society. For that reason, as explained elsewhere In this platform, we do not accept the Supreme Court’s redefinition of marriage and we urge its reversal, whether through judicial reconsideration or a constitutional amendment returning control over marriage to the States.”

Annie Dickerson, a New York delegate and longtime confidante to GOP billionaire Paul Singer, who has bankrolled an effort to push back against the social conservative planks, was the most ardent voice in opposition on the committee, repeatedly sparring with Perkins and other members.

The subcommittee also considered several “bathroom” amendments following the ongoing controversy in North Carolina which requires transgender individuals to use bathrooms as their birth gender, rather than how they identify. “I think this takes us to a dark place,” Dickerson said. “It shrinks our tent. We should be about addition not subtraction,” she added. West Virginia National Committeewoman Melody Potter disagreed, speaking in favor of amendments to echo the North Carolina law, which has sparked a backlash in the state, “nobody wants to discriminate against anybody, but I think it’s an issue of safety.” The measure ultimately passed.

An amendment that sought to argue that gay marriage “subverts child’s rights to biological parent” drew condemnation from the moderate members, including an audible gasp of, “Hello, what was that?” The committee also considered an amendment calling for allowing the teaching of the Bible as part of American History.

The separate subcommittee on Restoring Constitutional Government approved its own language opposing same-sex marriage designed to dovetail with the language from the health committee, said author and GOP lawyer Jim Bopp said.

An aide to Donald Trump, Michael Biundo, was in the room as the subcommittee met, but didn’t offer any guidance or input. Perkins told reporters that Trump’s campaign was allowing the committee to work autonomously, calling it a break from the practice of previous presumptive nominees who have been more invested in the platform discussions.

The full platform committee is set to take up the reports from the subcommittees later Monday and Tuesday, with the final platform expected to be set Tuesday afternoon. The full committee is made up of two delegates from each of the 56 delegations—all fifty states, the District of Columbia, and U.S. territories.