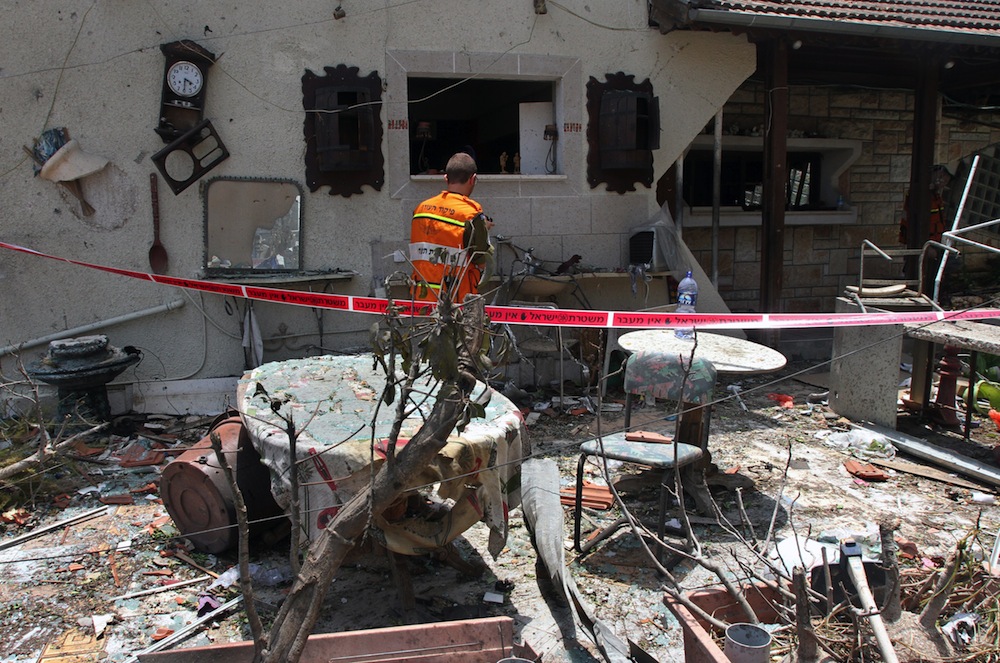 A group of Israelis and Americans bereaved in Palestinian attacks said Monday they would seek $1 billion in damages from Facebook for alleged complicity, as part of a suit filed in the United States against the social media giant.

The plaintiffs, relatives of four Israeli-U.S. dual nationals and one visiting U.S. citizen who died in attacks in Tel Aviv, Jerusalem, or the occupied West Bank between 2014 and 2016, accused Facebook (FB) of helping Hamas militants operate.

Asked to comment on the lawsuit, Facebook’s Israeli PR firm said the company “does not respond on any issue currently subject to legal procedure.”

The private legal initiative follows censure from Israel’s security minister over what he deemed the firm’s reluctance to help track potential Palestinian militants and curb incitement to violence. In response, Facebook defended its regulations against online abuse.

Hamas formally claimed responsibility for one of the attacks cited in the lawsuit. The plaintiffs’ Israeli lawyer, Nitsana Darshan-Leitner, said they had expert assessments linking Hamas to the other attacks.

The lawsuit, filed with the U.S. District Court for the Southern District of New York, argued the platform “knowingly provided material support and resources to Hamas…facilitat(ing) this terrorist group’s ability to communicate, recruit members, plan and carry out attacks, and strike fear in its enemies.”

Hamas is designated a terrorist organization by the United States. The lawsuit was brought under the Anti-Terrorism Act of 1992, which prohibits American businesses from providing any material support, including services, to designated terrorist groups and their leaders.

Sami Abu Zuhri, a Hamas spokesman in Gaza, called the lawsuit an Israeli attempt to blackmail Facebook and accused Israel of trying to turn the social network into a spy tool against Palestinians.

He said some Israeli politicians and soldiers had “expressed pride at the killing of Palestinians” on Facebook and other social media.

“The real test for the owners of Facebook is to reject this (Israeli) pressure,” Abu Zuhri said.

Darshan-Leitner, of the Shurat HaDin-Israel Law Center, filed a class action suit in October for an injunction against Facebook to stop carrying alleged Palestinian incitement. She said proceedings were still under way in that case.

The $1 billion in damages sought in the new suit was a sum consistent with awards in comparable U.S. cases, Darshan-Leitner told Reuters.