E-Cigarettes May Be Getting More Kids to Smoke 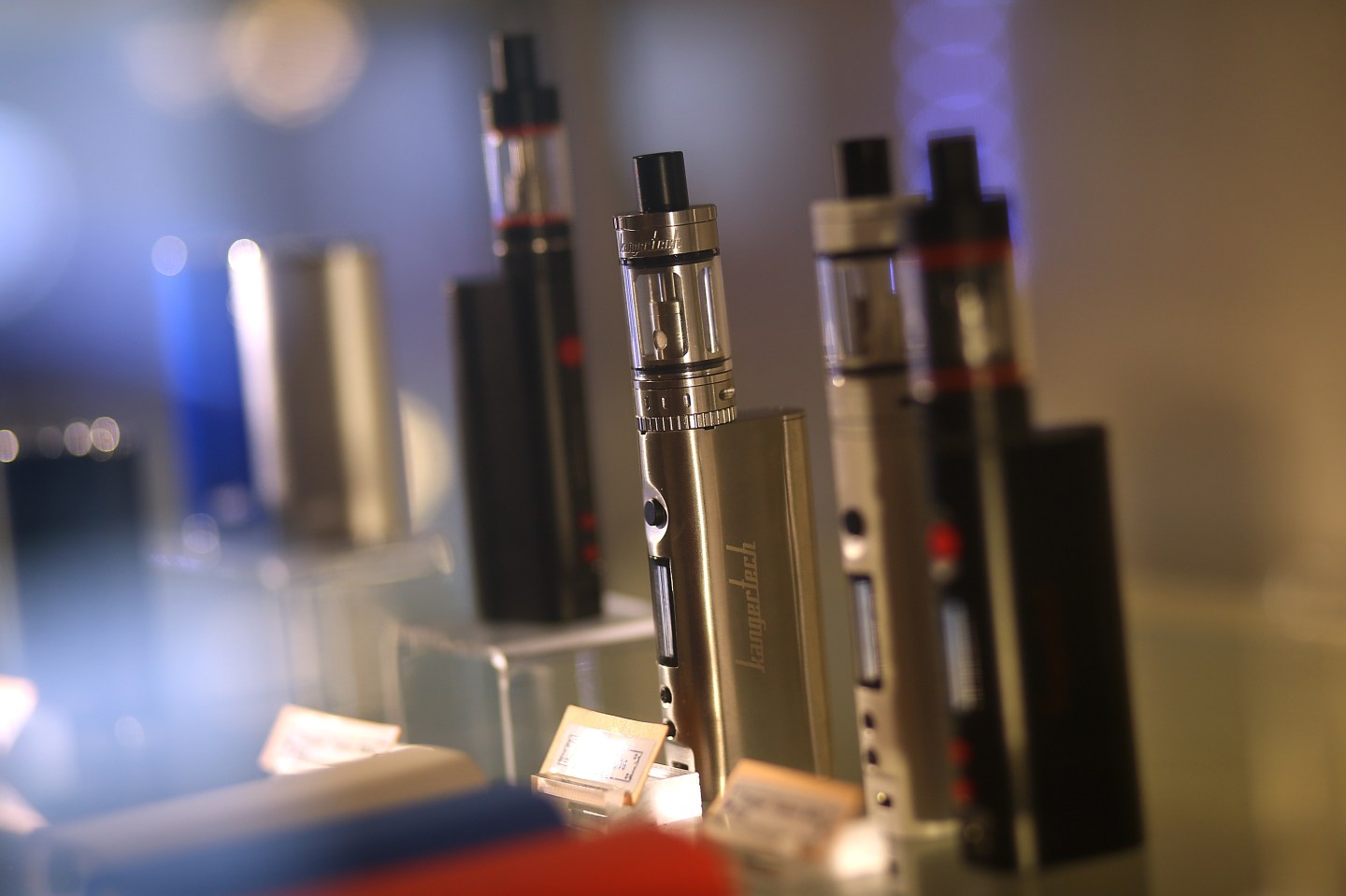 SAN FRANCISCO, CA - MAY 05: E-cigarettes are displayed at Gone With the Smoke Vapor Lounge on May 5, 2016 in San Francisco, California. The U.S. Food and Drug Administration announced new federal regulations on electronic cigarettes that will be the same as traditional tobacco cigarettes and chewing tobacco. (Photo by Justin Sullivan/Getty Images)
Photograph by Justin Sullivan—via Getty Images

Cigarette smoking among American teens is on the decline. But adolescents who may have never tried cigarettes are now vaping with e-cigarettes, new research suggests.

E-cigarettes’ popularity has soared in the past five years and ballooned into a $3.5 billion market. But while manufacturers claim that the products are healthier alternatives to traditional tobacco, public health officials have questioned their safety and pushed for regulations.

Much of the concern has centered on younger Americans who may be drawn to the high-tech smoking devices which often come with flavored nicotine. The Centers for Disease Control (CDC) recently found that an alarming 5.3% of middle school students and 16% of high school students reported using e-cigarettes in 2015—sharp rises from the figures reported at the beginning of the decade.

The new study by the American Academy of Pediatrics (AAP) tracked nearly 5,500 Southern California teens over the course of 20 years (1995-2014) and measured their smoking habits. In 2004, before vaping technology was around, 9% of 11th and 12th grade students were “current smokers,” meaning they’d smoked in the past 30 days.

Fast-forward to 2014 and 13.7% of those students currently smoke cigarettes or e-cigarettes. That sharp spike in the combined smoking data, the researchers wrote, “suggests that e-cigarettes are not merely substituting for cigarettes and indicates that e-cigarette use is occurring in adolescents who would not otherwise have used tobacco products.”

Trends like these, as well as research showing that some vaping products contain high amounts of carcinogens like formaldehyde and acetaldehye, have spurred federal officials to crack down on the industry.

In May, the Food and Drug Administration (FDA) finalized new regulations treating e-cigarettes, hookah, and cigars like traditional cigarettes. That means that any e-cigarette manufacturer whose products weren’t already on the market by February 15, 2007 will have to seek marketing approval from the FDA. They’ll also have to put labels on the devices’ packaging warning about nicotine’s addictive properties, and states will be strictly prohibited from allowing e-cigarette sales to minors (a practice that was previously permitted in several places).

But the rules have drawn sharp rebukes from the industry. Smaller e-cigarette manufacturers say that the types of studies required to pass the FDA’s regulatory muster will favor Big Tobacco companies like Imperial Tobacco and Reynolds American, which also make popular vaping brands like blu and VUSE.

A final resolution over the rules, as The Hill notes, may be determined in the courts. A compendium of e-cigarette companies and trade organizations including Nicopure Labs, the American Vaping Association, and the Right to be Smoke-Free Coalition, among others, have recently filed complaints against the FDA and the Department of Health and Human Services (HHS) calling the regulations “unreasonable” since vaping products contain just nicotine and not tobacco.