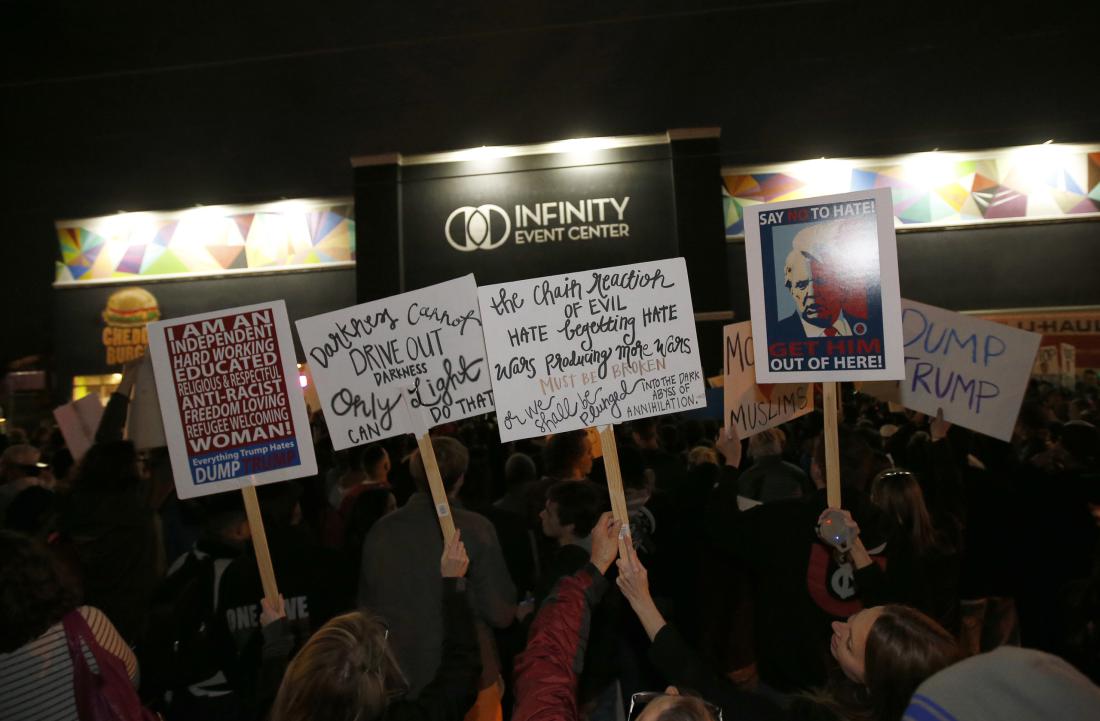 If there is a heart to the scattershot Never Trump movement, it is probably in Utah.

Former Gov. Mitt Romney has been the spokesman for Republicans who reject Donald Trump, while Sen. Mike Lee is one of the more vocal critics of his campaign in Congress. Trump had one of his worst showings in the Beehive State primary, while a June poll by the Salt Lake Tribune had him basically tied with Hillary Clinton in a place that hasn’t gone for a Democrat since 1964.

Experts say that Trump’s troubles in Utah stem from the religious values of the state’s Mormon population and the candidate’s personal style.

Trump’s problems date back to at least December, when he called for banning the entrance of Muslims into the U.S. The Church of Jesus Christ of Latter-day Saints responded with a statement reaffirming its support for religious freedom.

“The Church of Jesus Christ of Latter-day Saints is neutral in regard to party politics and election campaigns,” the statement said. “However, it is not neutral in relation to religious freedom.”

For now, it seems unlikely that Trump could actually lose Utah. The Tribune poll showed 13% support for former New Mexico Gov. Gary Johnson, who is running on the Libertarian ticket, but pollsters are waryof surveys showing strong third-party support, as voters often stand by their party in the privacy of the ballot booth.

For more on Trump, watch:
Johnson’s campaign is based in Salt Lake City, but he told TIME that was largely because his Ron Nielson, who ran his gubernatorial campaigns, set up shop there. For now, he hasn’t made a serious effort to target the state, though he said that may change.

“I think that that will be a strategy that unfolds going forward, but so far there is no strategy,” Johnson told TIME during a recent visit to Washington. “That will change. … I have no doubt that there will be a Utah strategy.”

Two of the three major presidential forecasters, Larry Sabato’s Crystal Balland the Rothenberg & Gonzales Political Report have downgraded the state from a sure-fire Republican win to a likely one, though the Cook Political Report still lists it as solid red state. Neither the Clinton or Trump campaigns are putting resources into organizing the state right now.

Perry said that Johnson has the potential to disrupt the Utah vote in November, though it’s not yet clear how that could tilt the outcome.

“Every vote that Gary Johnson starts to get hurts both of those candidates,” he said. “It’s not completely clear at this stage whether that helps Hillary Clinton or Donald Trump the most.”