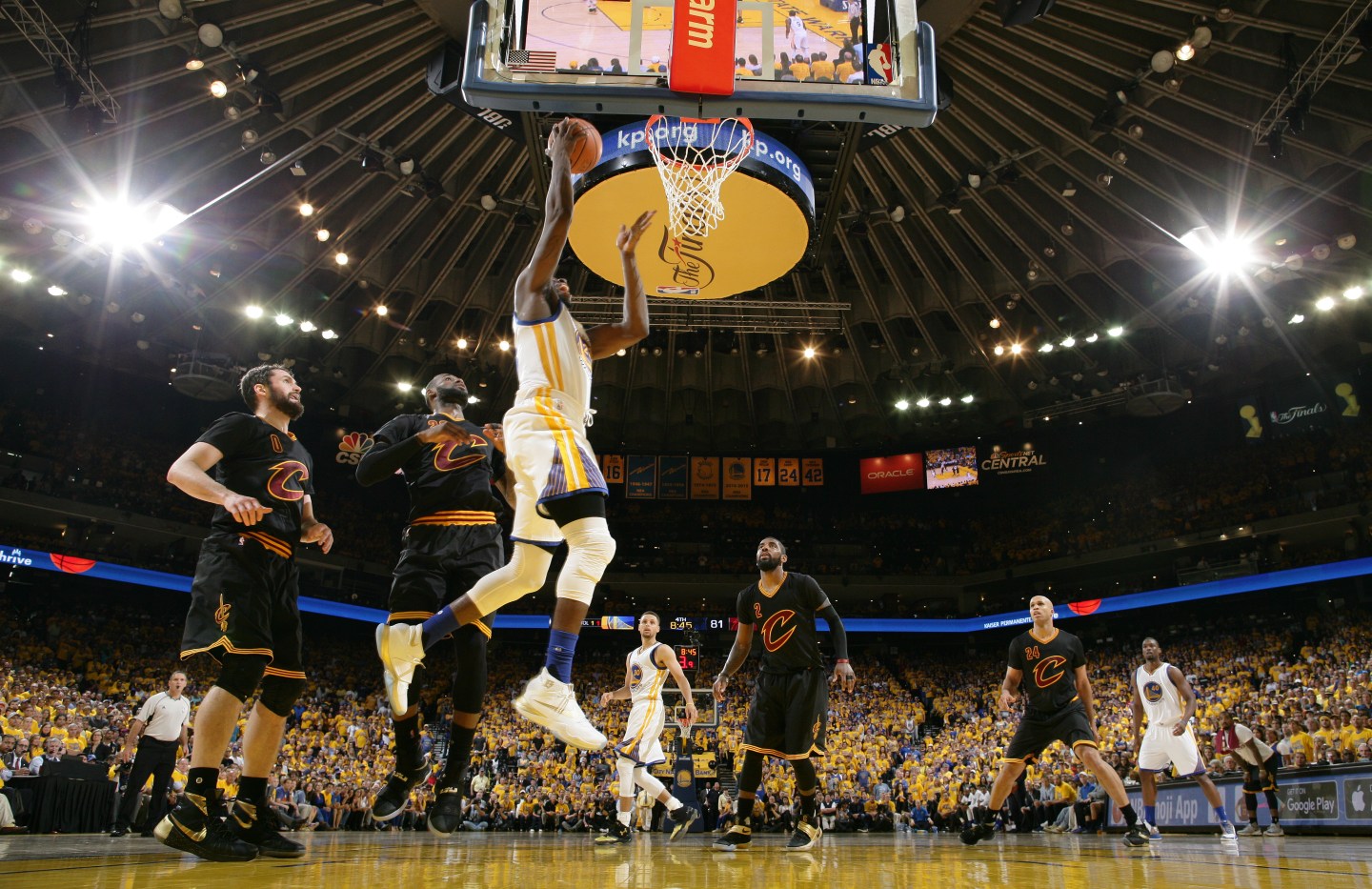 OAKLAND, CA - JUNE 19: Draymond Green #23 of the Golden State Warriors goes to the basket against the Cleveland Cavaliers in Game Seven of the 2016 NBA Finals on June 19, 2016 at Oracle Arena in Oakland, California. NOTE TO USER: User expressly acknowledges and agrees that, by downloading and or using this photograph, user is consenting to the terms and conditions of Getty Images License Agreement. Mandatory Copyright Notice: Copyright 2016 NBAE (Photo by Nathaniel S. Butler/NBAE via Getty Images)
Nathaniel S. Butler — NBAE/Getty Images

This content could be either actual game footage or live interviews and analysis, the technology news website reported on Friday, citing people familiar with the talks.

The report comes two months after the microblogging service struck a deal with the NFL to stream some of its Thursday Night Football games this fall.

As growth in its ad revenue slows, Twitter is focusing on TV-style video deals to attract users, who are increasingly turning to the Internet from traditional cable for their entertainment fix.