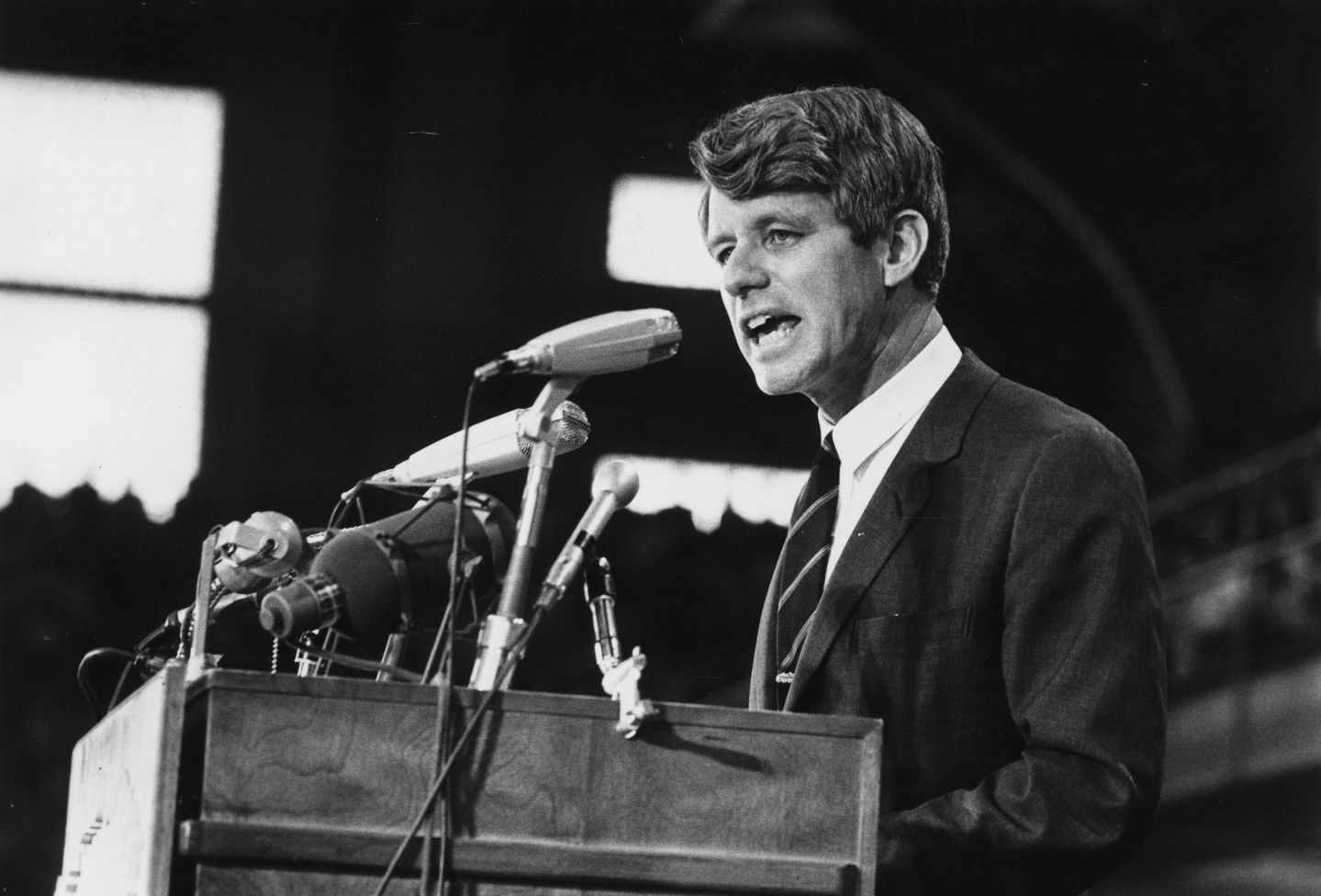 In the wake of the tragic shootings of nearly a dozen police officers in Dallas, internet users are sharing a speech from the past they say applies to our current situation.

Robert Kennedy’s eulogy following the 1968 assassination of civil rights leader Martin Luther King Jr. is considered one of the great addresses of the 20th century, a call for unity in a time of great unrest.

Twitter users posted excerpts of the speech, saying it applies now more than ever after gunmen killed five police officers in Dallas Thursday night, following a protest against police brutality after two black men were killed in separate incidents this week.

Echoing the fallen King, Kennedy called for “an effort to understand, compassion and love” in the face of a tragedy that could leave the nation divided. Kennedy’s words were poignant in that his own brother, President John F. Kennedy had been assassinated some five years earlier in 1963. And to modern readers it’s doubly poignant, knowing that Kennedy himself would be shot dead just two months later.

Watch the video here, or read the speech below:

Martin Luther King dedicated his life to love and to justice between fellow human beings. He died in the cause of that effort. In this difficult day, in this difficult time for the United States, it’s perhaps well to ask what kind of a nation we are and what direction we want to move in. For those of you who are black — considering the evidence evidently is that there were white people who were responsible — you can be filled with bitterness, and with hatred, and a desire for revenge.

We can move in that direction as a country, in greater polarization — black people amongst blacks, and white amongst whites, filled with hatred toward one another. Or we can make an effort, as Martin Luther King did, to understand, and to comprehend, and replace that violence, that stain of bloodshed that has spread across our land, with an effort to understand, compassion, and love.

For those of you who are black and are tempted to fill with — be filled with hatred and mistrust of the injustice of such an act, against all white people, I would only say that I can also feel in my own heart the same kind of feeling. I had a member of my family killed, but he was killed by a white man.

Even in our sleep, pain which cannot forget
falls drop by drop upon the heart,
until, in our own despair,
against our will,
comes wisdom
through the awful grace of God.