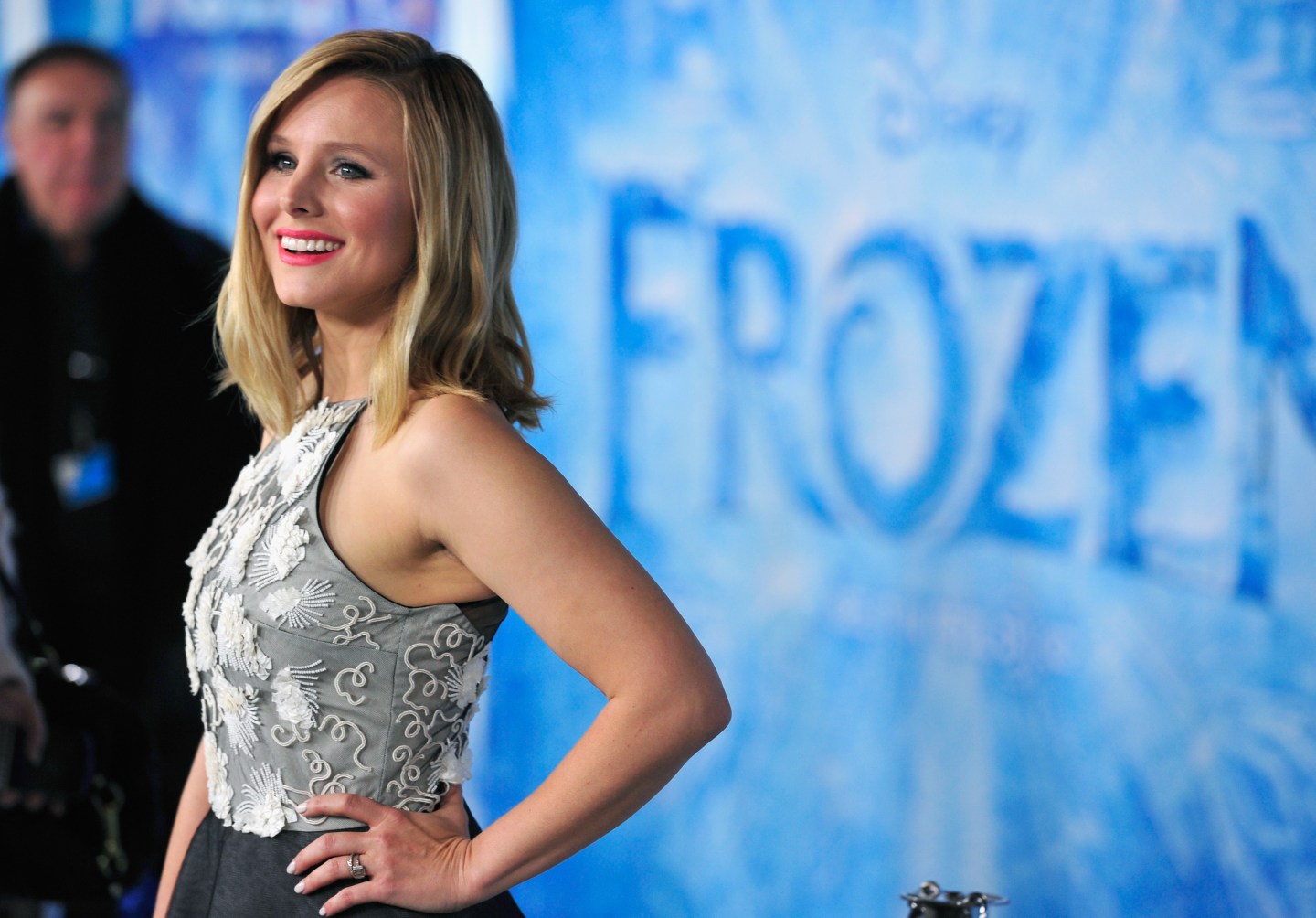 Kristen Bell criticized Donald Trump for posting a tweet about Frozen amid news of the police shooting deaths of Alton Sterling and Philando Castile.

“Zip it Don & get ur head outta ur ass,” Bell wrote on Twitter, alongside a link to Trump’s initial Frozen tweet. “We’ve more important things 2 think abt today.” She used the hashtags #AltonSterling #PhilandoCastile. Both men were shot and killed this week by police officers.

Trump posted about Frozen in the wake of controversy around another one of his tweets, one that called out Hillary Clinton with an image that was first surfaced on an anti-Semitic website. The image, which included a Star of David image alongside Clinton and a pile of money, was criticized by Clinton’s campaign as “blatantly anti-Semitic.” The tweet was later deleted from Trump’s account, but the presumed Republican presidential nominee has continued to defend its usage.

“These false attacks by Hillary Clinton trying to link the Star of David with a basic star, often used by sheriffs who deal with criminals and criminal behavior, (showing an inscription that says ‘Crooked Hillary is the most corrupt candidate ever’) with anti-Semitism is ridiculous,”read a statement posted by Trump on Monday.

During a campaign stop this week, Trump recalled telling a staffer, “You shouldn’t have taken it down.” He added, “I said, ‘Too bad, you should have left it up.’ I would have rather defended it.”

Following those remarks, Trump posted a photo of a Frozen book that included the Star of David image. “Where is the outrage for this Disney book? Is this the ‘Star of David’ also?” Trump tweeted on Wednesday night. “Dishonest media!” he added, using the hashtag #Frozen.

“Last night’s horrific execution-style shootings of 12 Dallas law enforcement officers – five of whom were killed and seven wounded – is an attack on our country. It is a coordinated, premeditated assault on the men and women who keep us safe,” Trump wrote in a statement on Friday. “We must restore law and order. We must restore the confidence of our people to be safe and secure in their homes and on the street. The senseless, tragic deaths of two people in Louisiana and Minnesota reminds us how much more needs to be done. This morning I offer my thoughts and prayers for all of the victims’ families, and we pray for our brave police officers and first responders who risk their lives to protect us every single day. Our nation has become too divided. Too many Americans feel like they’ve lost hope. Crime is harming too many citizens. Racial tensions have gotten worse, not better. This isn’t the American Dream we all want for our children. This is a time, perhaps more than ever, for strong leadership, love and compassion. We will pull through these tragedies.”