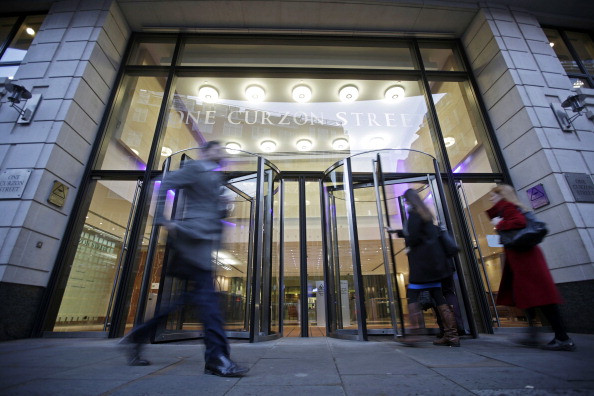 Pedestrians pass One Curzon Street, center, a multi-use building housing the offices of Moore Capital Management LLC in London, U.K., on Monday, Jan. 13, 2014. Julian Rifat, a former trader at Moore Capital Management LLC, will be charged as soon as this month in the U.K.'s biggest insider-trading case, according to two people with knowledge of the case. Photographer: Matthew Lloyd/Bloomberg via Getty Images
Bloomberg Bloomberg via Getty Images

U.S. hedge fund Moore Capital Management has fired a portfolio manager a day after a media report of a raucous party he threw at a rented mansion in the Hamptons, New York’s summer playground for the rich and famous.

Brett Barna had been employed for 6-1/2 years at Moore Capital, the $15 billion hedge fund run by billionaire Louis Bacon.

“Mr. Barna’s personal judgment was inconsistent with the firm’s values. He is no longer employed by Moore Capital Management,” the firm’s spokesman, Patrick Scanlan, said in a statement on Thursday.

His pool party this past weekend made waves on social media, with revelers posting pictures under the hashtag #Sprayathon of crowds of people dancing, drinking and spraying bubbly.

The New York Post newspaper reported on Wednesday that the owner of the house planned to sue Barna for $1 million, saying he had claimed the party would be a fundraiser for an animal charity and that only 50 guests would attend. Instead, 1,000 people showed up, the owner told the newspaper.

“We’re waiting to serve him. Brett was last seen on Sunday chugging champagne with two midgets,” the New York Post quoted the owner as saying, without revealing the identity.