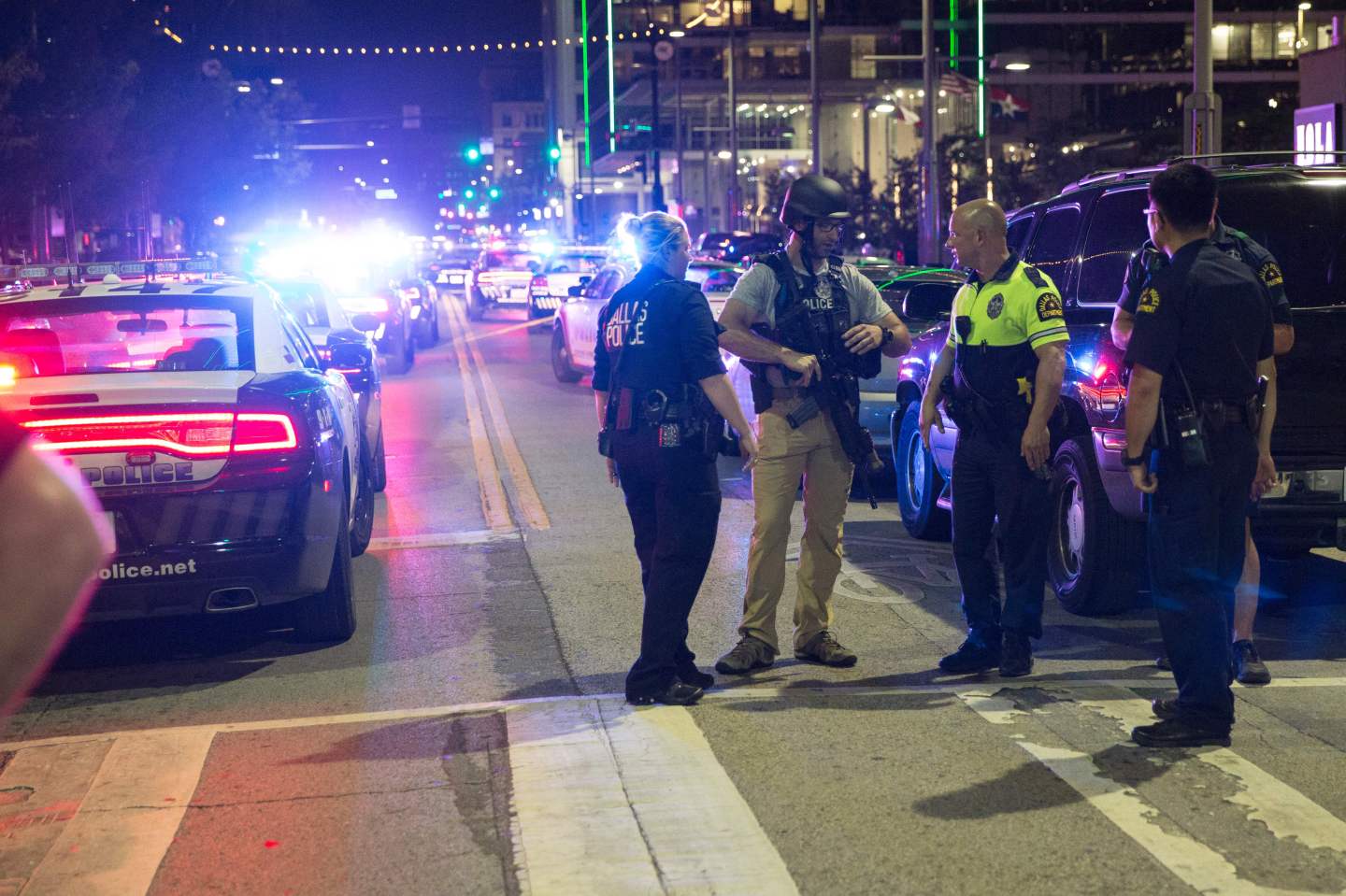 Police stand near a baracade following the sniper shooting in Dallas on Thursday, July 7, 2016. A fourth police officer was killed and two suspected snipers were in custody after a protest late Thursday against police brutality in Dallas, authorities said. One suspect had turned himself in and another who was in a shootout with SWAT officers was also in custody, the Dallas Police Department tweeted. / AFP / Laura Buckman (Photo credit should read LAURA BUCKMAN/AFP/Getty Images)
Laura Buckman — AFP/Getty Images

Celebrities and politicians have taken to Twitter to register their shock and horror after five police officers were killed and at least six others injured after snipers attacked them in a Black Lives Matter protest in the heart of Dallas.

Shonda Rhimes condemned the “senseless” attacks and actress Rashida Jones said they should be met with love.

As someone with law enforcement in my family, I am just shaking. That does not equal this. Senseless. Horrific. Heartbreaking.

My heart hurts. Too much death. Too much hate. Hug your loved ones tight. Tell them that in the darkest times, we MUST love even harder.

Canadians are shocked by the cowardly attacks against police in Dallas. Our solidarity is with all victims of violence on this tragic week.

Tragedy strikes the Dallas PD. Pray for all the victims. We must learn to love each other

We wake up to the horrific news from Dallas. The killing of police is wrong and reprehensible. We must be against all killings period!

These Dallas shootings are horrific. Killing these officers is morally reprehensible and completely counterproductive to keeping us safe.

Being against cops killing is not equal to being for killing cops. We need peace in our streets.

Others expressed their sadness at yet another shooting, calling for the end of violence:

The unending heartbreak on the news is just beyond devastating & infuriating. I'm at a total loss. #AltonSterling #PhilandoCastile #Dallas

praying for the families of the officers killed tonight in dallas. praying we stop trying to end hate with hate. only love can do that 🙏🏼

It is truly tragic when a vicious few turn a peaceful protest into a bloodbath. Horrific and sad. #nomoreviolence

Peace is the Message….."An eye for an eye leaves everybody blind"

May the spirit of Malcolm X be reborn… for such a time as this.

While other celebrities called for more gun crime measures:

Just heard about shootings in #Dallas Please everyone stop killing each other- no more guns. No more violence. No more murder. Horrible.

i have nothing left to say. i don't know how many more innocent people have to be killed before we recognize there's a problem. #dallas