Turkey Is Accused of ‘Throttling’ Social Media After Airport Attack 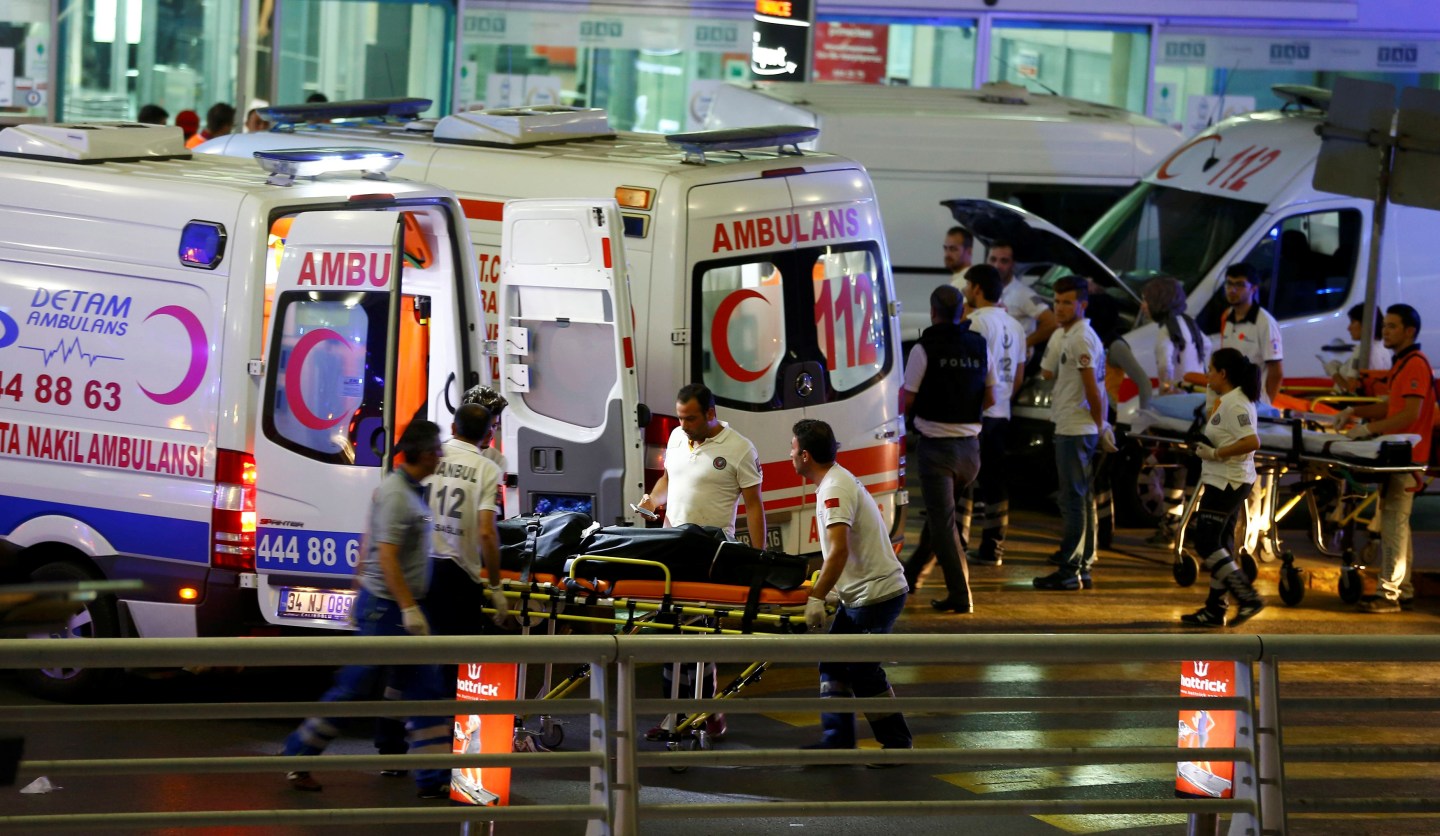 After suicide bombers killed 45 people at Istanbul’s main airport last week, the Turkish government appeared to take a step that has become increasingly common around the world in moments of political uncertainty: restricting access to Facebook, Twitter, and YouTube.

Turkey denies that it blocks the Internet, blaming outages last week and earlier this year on spikes in usage after major events. But technical experts at watchdog groups say the blackouts on social media are intentional, aimed in part at stopping the spread of militant images and propaganda.

Countries such as China and Iran have long kept tight control over online media, but human rights and Internet activists say that many more democratic governments are now using Internet cutoffs to stifle free speech under the guise of fighting terrorism.

Government-ordered Internet restrictions can include outright blocking, or “throttling,” that slows certain websites to the point where they are unusable.

“It’s becoming the go-to mechanism for governments trying to control the flow of information,” said Peter Micek, global policy and legal counsel for Access Now, a group that campaigns for digital rights and monitors shutdowns. “It is still the Wild West in terms of what’s acceptable behavior and what violates human rights online.”

While there were about 15 Internet shutdowns around the world in 2015, there have been at least 21 instances so far this year, according to Access Now.

The trend helped prompt the United Nations Human Rights Council last week to renew what has become known as the “Internet resolution,” effectively defining Internet shutdowns as a violation of human rights. The resolution, which has been adopted by the more than 40 member states since its introduction in 2012, is not legally binding, but is meant to set standards for state behavior.

Turkey has emerged as one of the countries using Internet shutdowns most aggressively in response to political events, according to human rights advocates.

Turkey has shut down access entirely to certain sites, or throttled it, on seven occasions over the past year, according to Turkey Blocks, a group that monitors censorship in Turkey.

In such cases, including after the Istanbul attack last week, the Turkish government has invoked a national security law to publicly ban the broadcast of certain material. In the case of social media, that appears to have been effected by a throttling or shutdown of sites.

Speaking to Reuters, a senior Turkish government official denied that Turkey engages in Internet throttling and said that the inability to access sites—including after last week’s attack—was due to heavier-than-average traffic.

“In the wake of major developments, including terror attacks, more users try to access social media platforms and the increased demand inevitably slows down the Internet,” said the official.

About three hours after the Istanbul airport attack, users across the country commented on social media that they were forced to use virtual private networks—which can access the Internet via another country—to access Facebook (FB), Twitter (TWTR), and YouTube, while many other sites were unaffected.

Around the same time, the Turkish prime minister’s office imposed a formal media restriction and banned sharing images of the blast or the scene. As on previous occasions, that appears to have been carried out by restricting access to social media.

“If we would like to contain graphic images, we impose a formal restriction,” said the Turkish official. “The formal restriction does not prevent the media from reporting the incident but limits the distribution of graphic and violent images such as body parts.”

Alp Toker, project coordinator at Turkey Blocks, said his group’s specialized software and statistical analysis gives him a “high degree of confidence” that social media sites were blocked in Turkey after the Istanbul attack, as they have been on other occasions this year, through throttling rather than an excess of traffic. Reuters was not able to verify his analysis.

Representatives of Facebook, Twitter, and Alphabet’s YouTube declined comment on the matter. But sources close to the companies said the sites did not experience technical problems on the day of the attack last week.

The massive server farms run by each of those companies are designed to handle spikes in traffic, and very rarely experience interruptions in service. When they do, the companies usually offer an explanation, even for very short outages, which did not happen last week.

Turkish Internet service providers TTNET, a unit of fixed-line operator Turk Telekom, Uydunet, and Turkcell, did not respond to requests for comment.

The apparent restriction of access to social media at certain times is seen by some as part of a broader attack on the media by the Turkish government.

Under President Tayyip Erdogan, who has dominated domestic politics for a decade and a half, human rights groups decry what they call an unprecedented crackdown on opposition voices as the country faces multiple security threats.

Although he has an official Twitter account, Erdogan has said he doesn’t like the platform. “As you know, I am against this social media. There have been many attacks on me because of this,” he said when meeting taxi drivers last week.

In Turkey, a complete ban on Internet services eventually requires a court decision, which site owners can appeal. Throttling, which is harder to detect, leaves uncertainty, meaning users or site owners cannot appeal the decision.

In more than 25 countries, laws could be interpreted in a way that allows governments to shut down the Internet or take over telecom networks, said Micek at Access Now.