P.F. Chang’s Entrees Are Being Recalled for Probable Metal Pieces 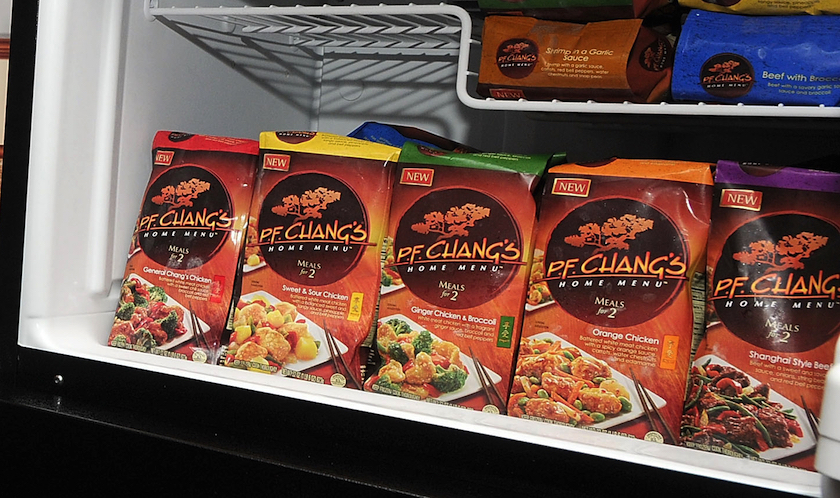 Conagra Foods (CAG) is recalling two of its P.F. Chang’s entrees that may contain pieces of metal.

The issue was discovered by a Conagra employee at one of the company’s processing plants. According to the Food Safety Inspection Service recall notice, he noticed the metal fragments when dispensing sugar to make the sauce. Subsequently, the metal fragments may be embedded in the sauce of the frozen entree.

This is a Class I recall, meaning that there is “reasonable probability” that consuming these products is a serious health hazard, though Conagra has not yet received any reports of injuries. The metal fragments have been described as “curled, malleable, and shiny” and range between 2 and 9 millimeters in diameter.

Conagra is recalling 3,808 pounds of chicken and beef entrees. The products that have been affected are 22-ounce plastic bagged meal packages of P.F. Chang’s Home Menu Brand Signature Spicy Chicken and P.F. Chang’s Home Menu Brand Mongolian Style Beef. The frozen foods had been produced on June 13 and June 22, 2016, and they are marked with use by dates of June 8 and June 17, 2017.

The frozen chicken and beef entrees had been shipped to retailers and distributors in seven states: Arkansas, Illinois, Michigan, Minnesota, New York, Virginia, and Wisconsin. Consumers are urged to either return or discard the product.

“We are confident that we have identified all of the food potentially impacted,” a Conagra Foods spokesperson told Fortune. “We’ve communicated with our customers to ensure that the products are removed from shelves.”