This Is Now the Largest Solar Roof In the U.S. 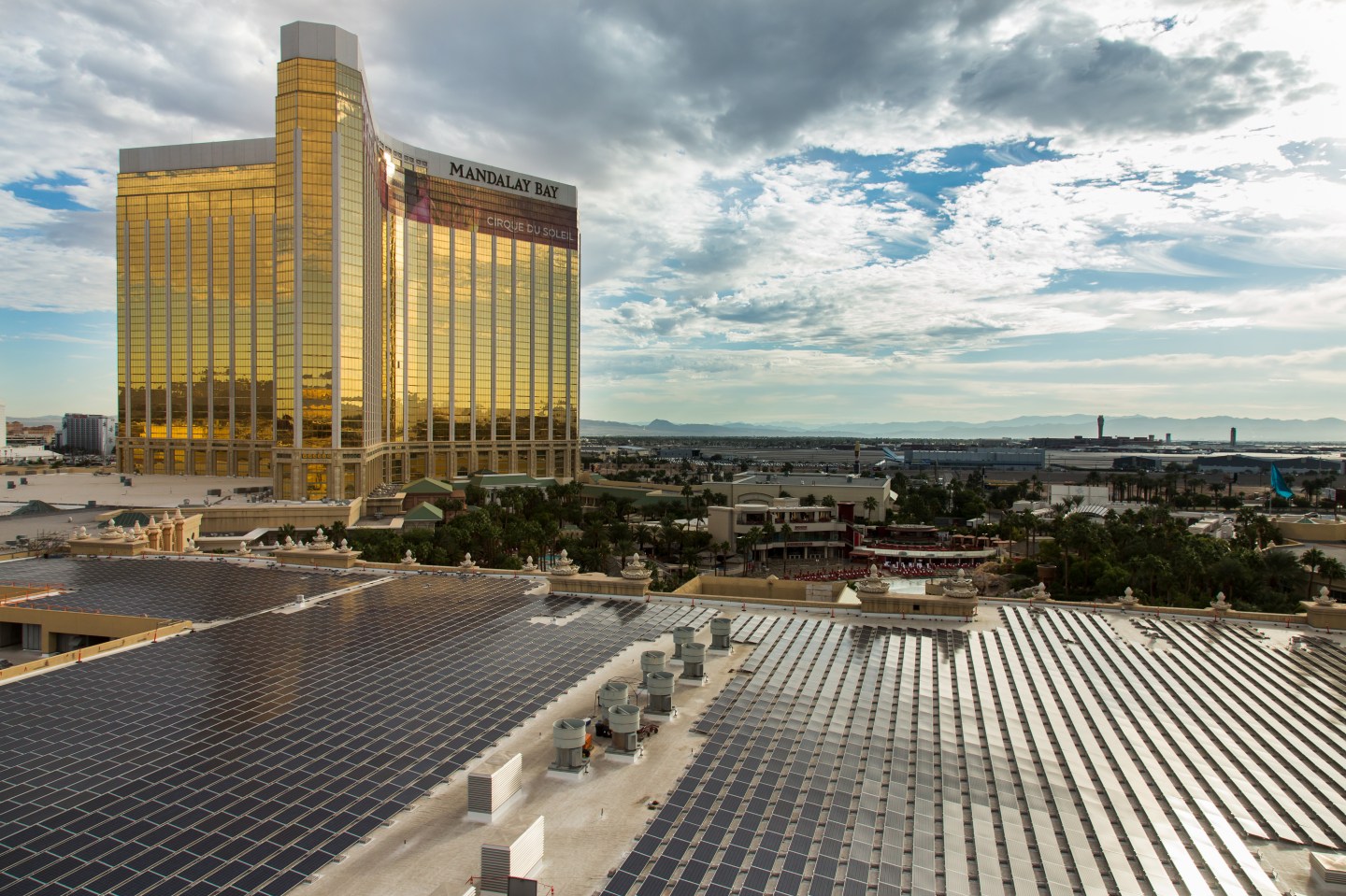 The biggest solar roof in the U.S., using 26,000 panels, is now sprawling across the top of the Mandalay Bay Convention Center in Las Vegas.

Las Vegas—and Nevada, in general—has embraced clean energy, both solar and geothermal, which produces power by tapping into hot water underground. The state has aggressive goals to generate a quarter of its electricity from clean power by 2025.

The cost of solar panels has dropped precipitously in recent years, and large solar projects like the one at the convention center can produce electricity for the same—or less—cost than buying electricity from the power grid.

The three largest casinos on the Las Vegas strip have been building solar projects to help manage and lower costs. The solar project on top of the Mandalay Bay Convention Center generates enough electricity to power about a quarter of the building’s needs.

Casinos embracing solar technology doesn’t sound like a contentious issue, but it has become one in Nevada. Because the local utility, NV Energy, generates a good portion of its sales from casinos, the state’s regulators said casinos would have to pay tens of millions of dollars to detach from the utility and generate all of their own power.

State regulators also provoked the ire of owners of rooftop solar panels by lowering the rates and boosting the fees that solar customers have to pay.