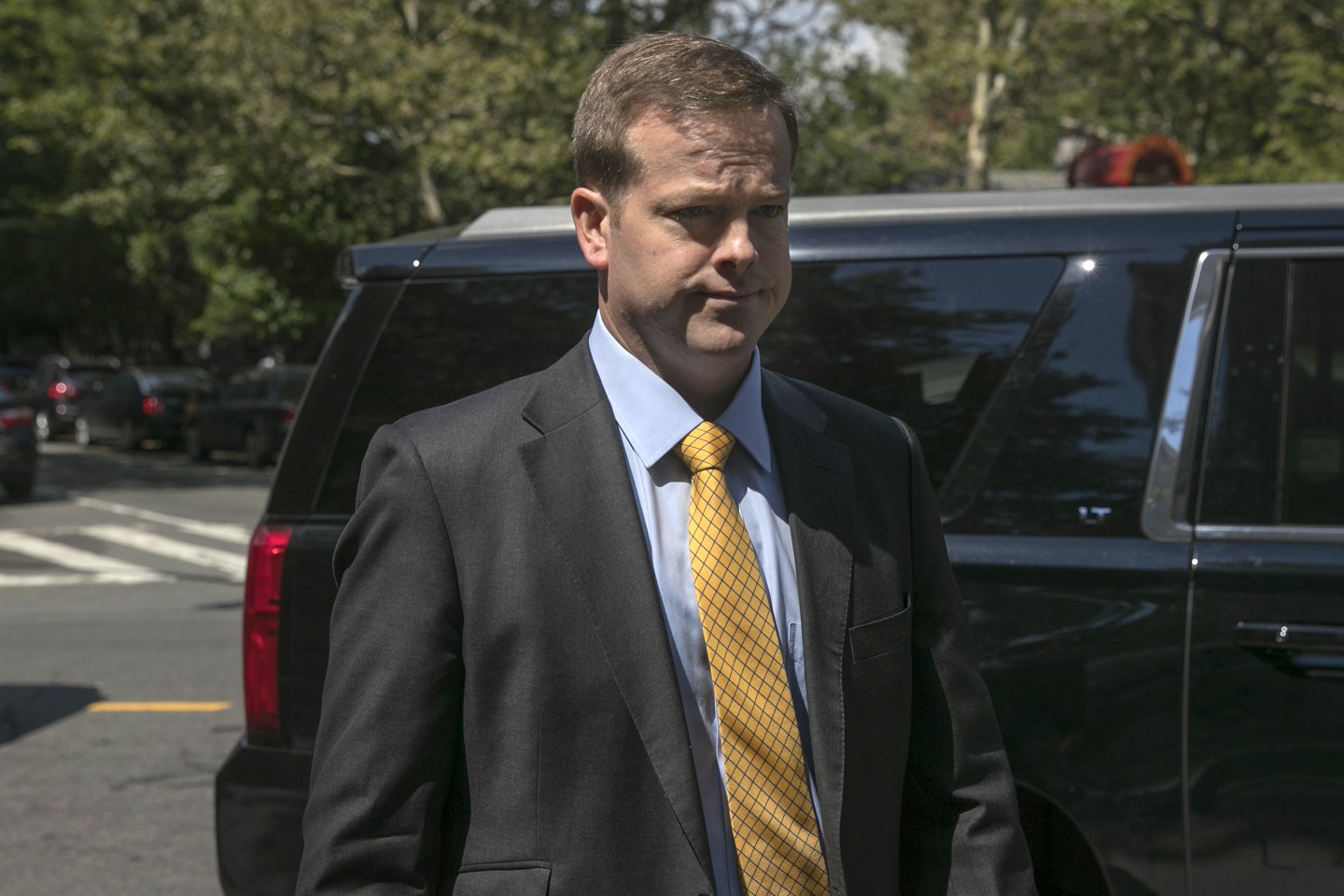 Former Wall Street executive Andrew Caspersen pleaded guilty on Wednesday to charges that he defrauded investors out of over $38 million, blaming his conduct on a gambling addiction he could not control.

Caspersen, who worked at a unit of investment banker Paul Taubman’s PJT Partners prior to his arrest in March, pleaded guilty in federal court in Manhattan to securities fraud and wire fraud.

Caspersen, who graduated from Princeton University and Harvard Law School, choked up in court as he admitted to cheating numerous people, mostly family and friends, through what he called a “simple” fraud.

“It was just a means for me to get money to feed a gambling addition that was all consuming at the time,” Caspersen said.

As part of a plea deal, Caspersen, 39, agreed to not appeal any sentence beyond 15-2/3 years in prison and to forfeit over $45 million, though his lawyer, Paul Shechtman, said he cannot afford that sum. He is scheduled to be sentenced on November 2.

Prosecutors said Caspersen, the son of late Wall Street financier Finn M.W. Caspersen, from November 2014 to March 2016 tried to defraud over a dozen investors by claiming he would use their funds to make loans to private equity firms.

During the scheme, Caspersen worked at Park Hill Group, which he joined in 2013. The advisory firm was spun off from private equity group Blackstone Group LP in October and is now part of PJT Partners.

In court, Caspersen said he told friends and family that a private equity firm had given him an allocation in a “practically riskless debt instrument” and then offered them a chance to invest with him.

Instead, prosecutors said he used the $38.5 million he raised to make options trades, to pay earlier investors, and to replace over $8 million he had misappropriated from Park Hill Group, which Caspersen said he also used for gambling.

In total, he attempted to raise almost $150 million, prosecutors said.

His victims included a foundation affiliated with hedge fund Moore Capital Management and one of the fund’s employees, who together were cheated out of $25 million, prosecutors said.

Caspersen, who said he also gambled away $20 million of his own money, in court apologized for harming the people he cared for the most.

“I could not be more sorry or ashamed for my crimes,” he said.