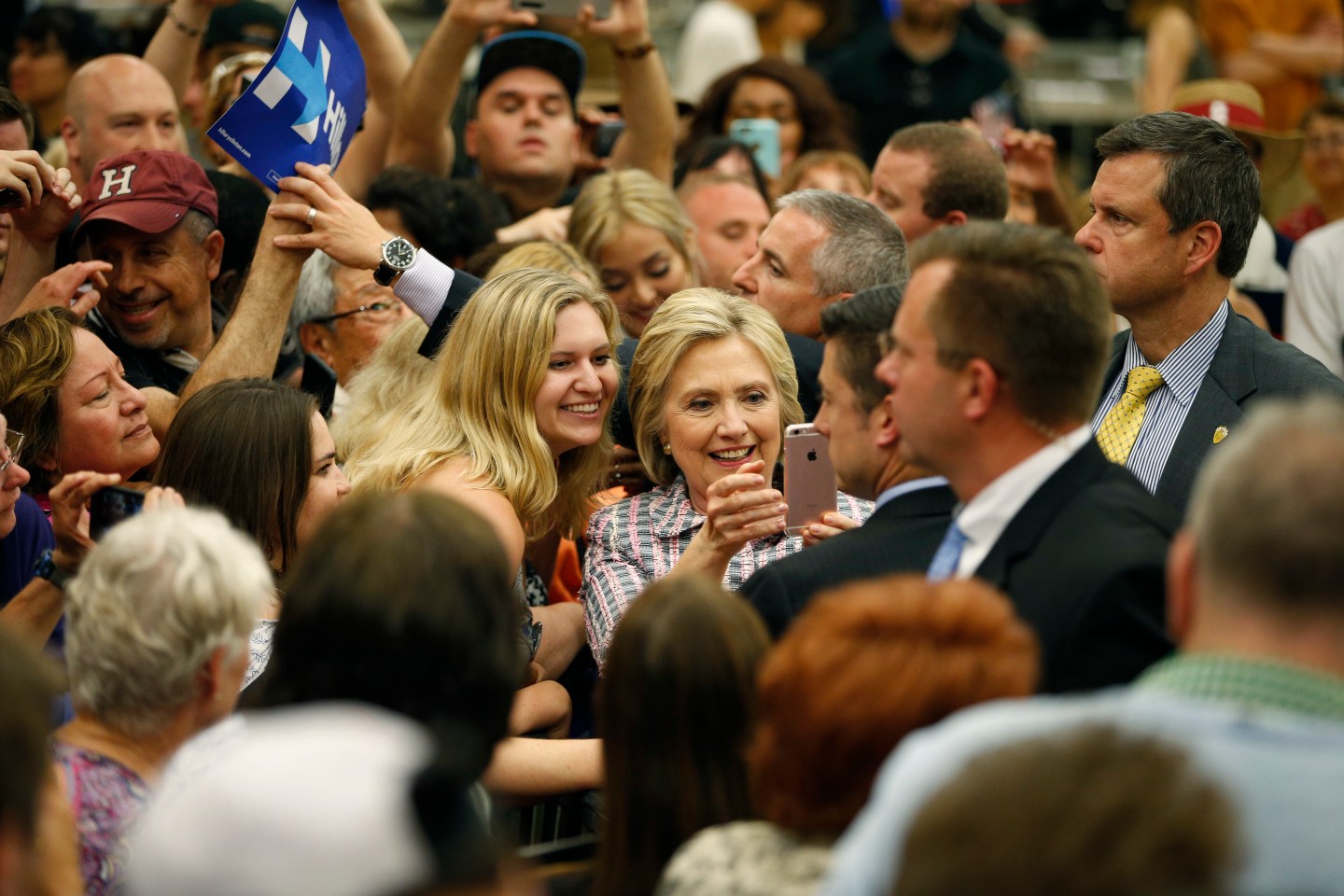 In a gesture to her former Democratic primary rival Bernie Sanders, Hillary Clinton is announcing new steps aimed at tackling the rising cost of college tuition and the burden of student loan debt, including a three-month moratorium on loan payments for all federal borrowers.

Clinton is also calling for a plan that ensures families with annual incomes up to $125,000 pay no tuition at in-state public colleges and universities.

Wednesday’s policy rollout is a direct overture to Sanders, the Vermont senator who posed a serious threat to Clinton in the Democratic primary and is yet to endorse her in the general election. A Clinton campaign fact sheet announcing the new proposals was laced with multiple references to Sanders and his calls for addressing college affordability.

Sanders was wildly popular with young voters during the Democratic primary, with many drawn to his calls for free tuition at all public colleges and universities. Clinton cast her opponent’s proposals as unrealistic, saying that while she shared his concerns about rising debt, she didn’t want wealthier families to be able to take advantage of opportunities aimed at the middle and lower class.

A centerpiece of Clinton’s plan is an executive order that would give federal student loan borrowers a three-month break from making payments. During that window they would be able to consolidate their loans or sign up for other programs aimed at reducing their monthly payments. Those who are delinquent or in default would get “additional rehabilitation options,” the campaign said, though aides provided no details on those options.

The campaign did not provide details about how much the plan would cost or how Clinton proposes paying for it. It was unclear whether she would implement it using executive actions or need congressional approval.