Donald Trump: Newt Gingrich Will Be ‘Involved With Our Government’ 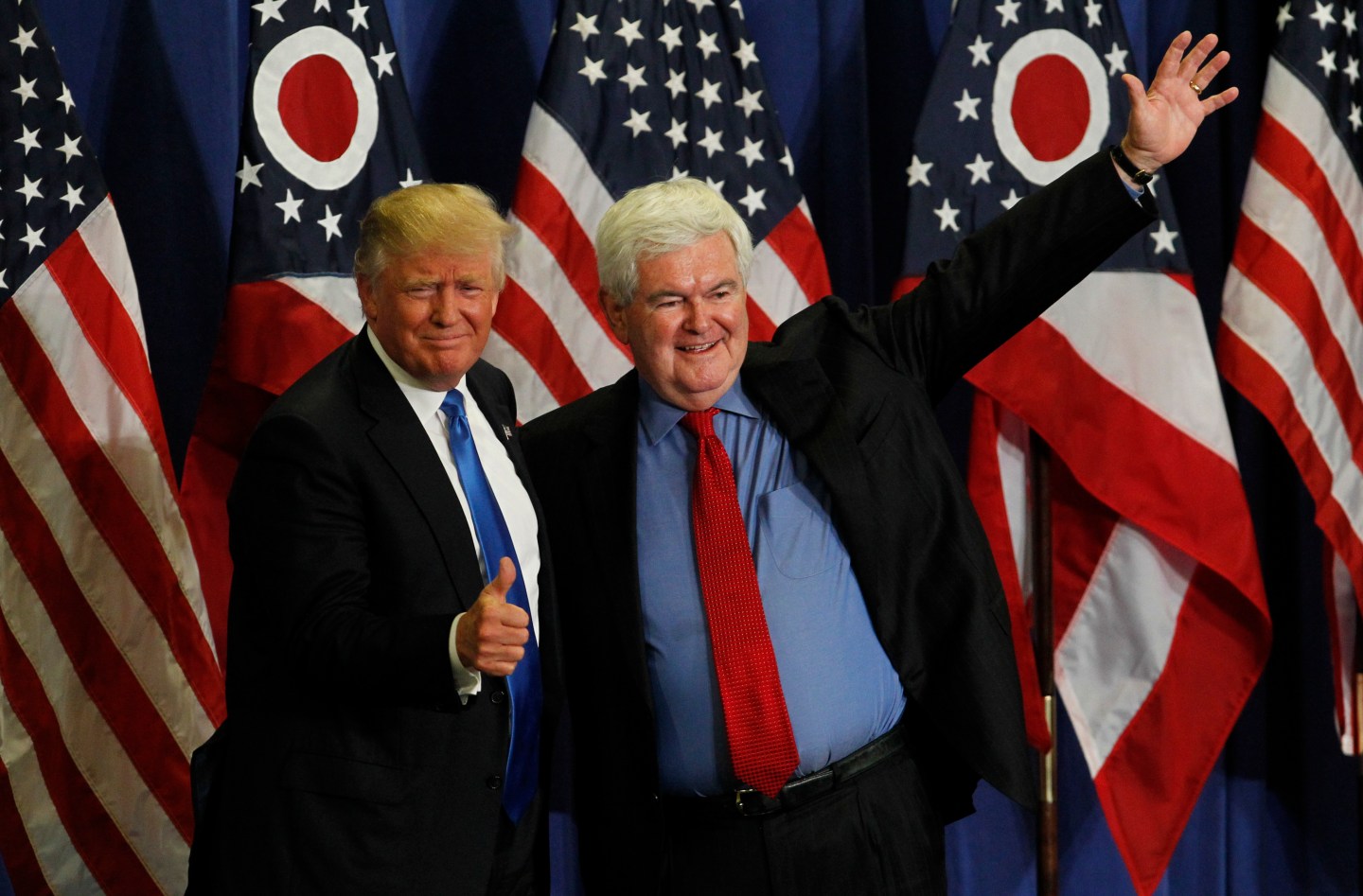 “I’m not saying it’s Newt, but if it’s Newt, no one’s going to be beating him in those debates,” Trump said in Cincinnati of his vice presidential pick. Gingrich appeared with Trump at the rally, and the crowd seemed enthusiastic about his presence, periodically breaking out into chants of “Newt! Newt!”

Trump also said that even if he does not choose Gingrich as his running mate, the former House speaker will have a place in his administration. “In one form or another, Newt Gingrich is going to be involved with our government,” Trump said. “He’s smart, tough. He gets it.”

The presumptive Republican nominee just had one caveat: “Newt’s going to be involved if I get approval from his wife.”

Trump told TIME Wednesday that he will be announcing his vice president “just prior” to the GOP convention in Cleveland.