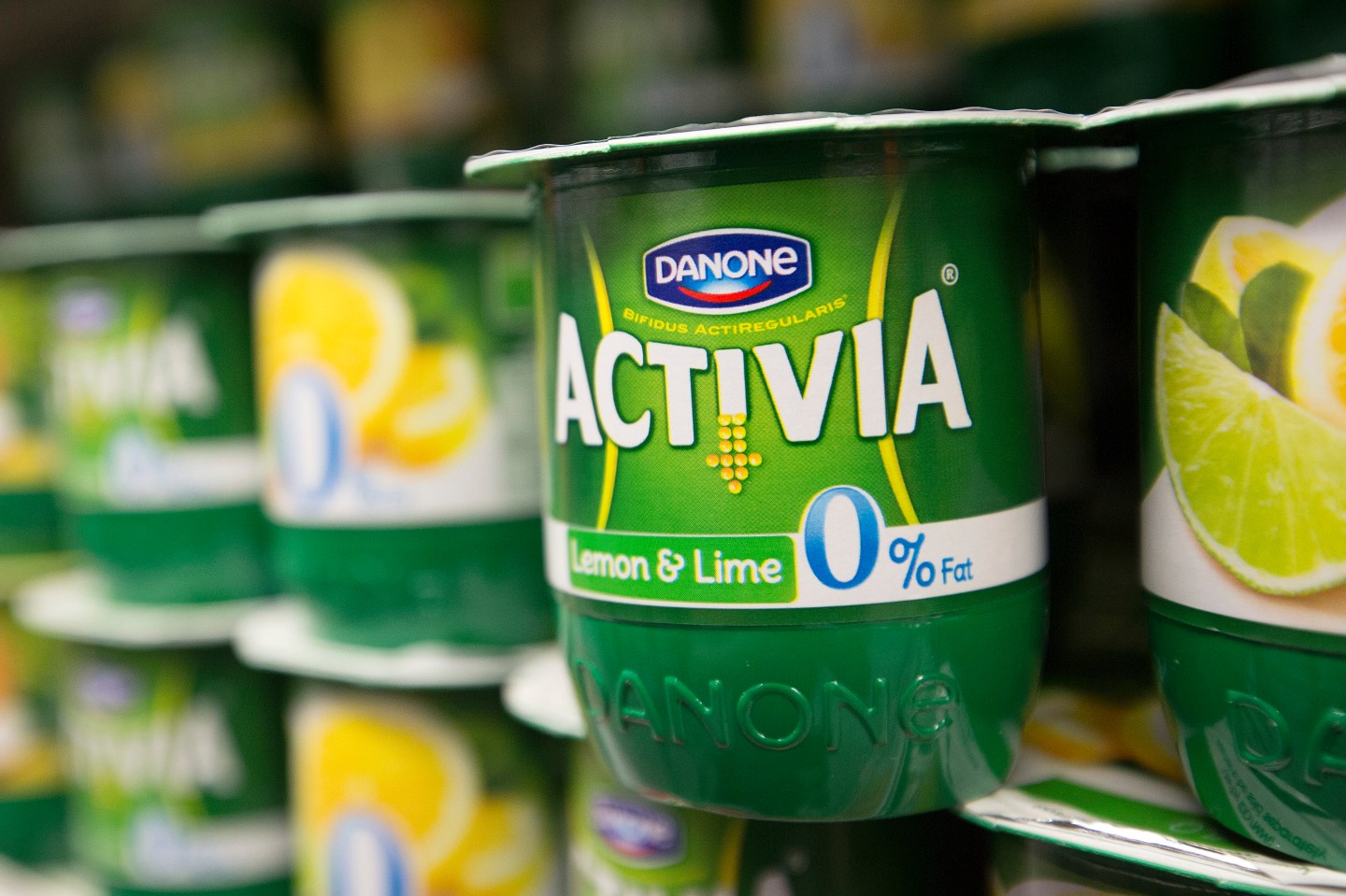 A logo sits on the tub of a 0% fat Activia yoghurt, produced by Danone SA, inside an Asda supermarket, the U.K. retail arm of Wal-Mart Stores Inc., in Watford, U.K., on Thursday, Oct. 17, 2013. U.K. retail sales rose more than economists forecast in September as an increase in furniture demand led a rebound from a slump the previous month. Photographer: Simon Dawson/Bloomberg via Getty Images
Bloomberg Bloomberg via Getty Images

(Reuters) – The world’s biggest yogurt maker Danone said it is nearing an agreement to buy organic foods producer WhiteWave Foods in a deal that is likely to value the U.S. company at about $10 billion, the Financial Times reported.

The deal would be Danone’s largest in a decade and the first major transaction by Emmanuel Faber, the company veteran who took over as chief executive in late 2014, the FT said, citing two people who informed about the talks.

A deal may be announced as early as Thursday, according to the people.

Both Danone and WhiteWave Foods were not immediately available for a comment outside regular business hours.