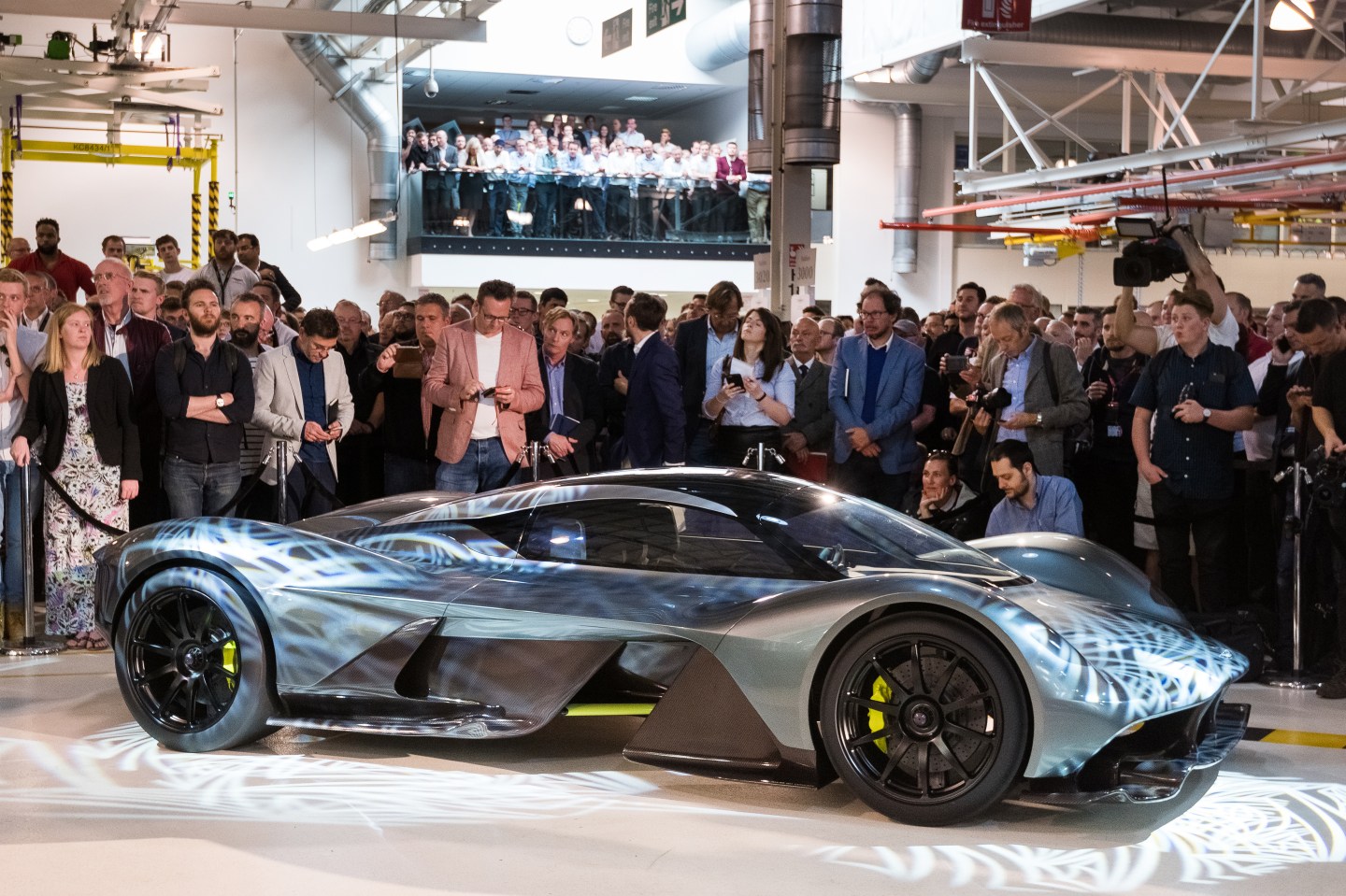 The supercar, code-named AM-RB-001, won’t be available until the end of 2018. And even then, it will be difficult to come by.

Only 99 to 150 of the cars will be made along with 25 additional cars made specifically for racing tracks, according to the automaker. These track-only cars are expected to be able to perform like any of the LMP1 Le Mans prototypes, a prototype race car with bodywork that encloses all of the mechanical parts and is used in circuit races like the 24 Hours of Le Mans.

Company spokesman Matthew Clarke says the car has already been shown to some of its customers, and that “interest is high.” An official ordering process in which customers put down a deposit has not begun.

Aston Martin isn’t disclosing the car’s price. However, other supercars can cost $2 million to $3 million.

This is the first time Aston Martin has teamed up with Red Bull on car, shown in a rendering below. Adrian Newey, an acclaimed designer and the chief technical officer at Red Bull Racing, created the car with Marek Reichman, chief creative officer at Aston Martin, and David King, vice president and chief special operations officer at the automaker.

“We’re very serious about transforming this brand over the next five years, and this propels the brand into a slightly bigger league,” Clarke said in a phone interview. “It’s a great challenge for our engineers and designers to work on a project of this nature.”

The hope is that the AM-RB-001 is a halo car, a term that means a figurehead for the brand that’s typically the best car a company can make. If you had a poster of a car on your wall as a kid, it was probably a “halo” car.

The car will be produced at Aston Martin’s Gaydon facility in Warwickshire, England, where its original supercar, the One-77, was made.

Red Bull and Aston Martin announced their partnership in March at the Formula One’s Australian Grand Prix, where Aston Martin’s logo appeared on the Red Bull team’s RB12 cars as part of a season-long deal. This marked Aston Martin’s first appearance in Formula One in more than five decades.