The Bank of England Just Moved to Prop up U.K. Banks 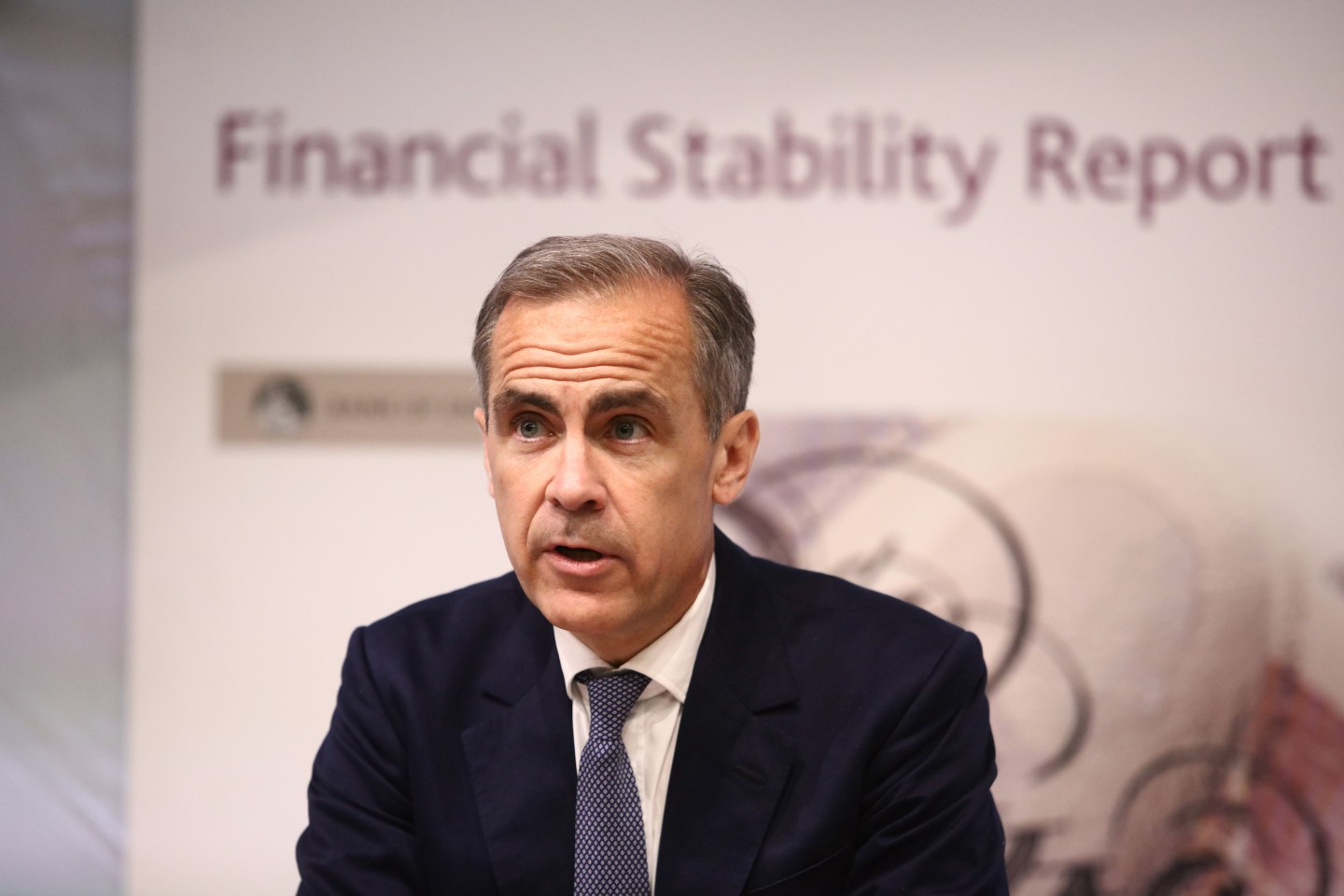 The Bank of England took steps on Tuesday to ensure British banks keep lending and insurers do not dump corporate bonds in the “challenging” period that is likely to follow the country’s vote to leave the European Union.

The central bank said risks it had identified before the referendum were starting to materialise, including lower demand for commercial property. Late on Monday, insurer Standard Life said it had halted withdrawals from its main British real estate fund.

The central bank also said it was closely monitoring investors’ willingness to fund Britain’s large current account deficit after the shock outcome of the vote, as well as high levels of household debt and the subdued global economy.

“There is evidence that some risks have begun to crystallise. The current outlook for UK financial stability is challenging,” the BoE said after its Financial Policy Committee held two meetings after the June 23 referendum.

Sterling dropped more than 10 percent against the dollar and banks’ share prices fell by a fifth after Britons unexpectedly voted on June 24 to leave the EU, prompting Prime Minister David Cameron to say he would step down.

Sterling touched a new, 31-year low against the U.S. dollar earlier on Thursday, hurt by Standard Life’s suspension of trading in its British real estate fund.

Yields on 20- and 30-year British government bonds briefly touched new record lows of 1.47% and 1.61% percent after the BoE’s announcement.

Cameron’s ruling Conservative Party is now selecting a new leader, who will decide how soon and on what terms Britain will leave the EU after more than 40 years of membership.

With uncertainty about the future of George Osborne as finance minister, more responsibility has fallen on Bank of England Governor Mark Carney and his fellow BoE policymakers to steer Britain through its worst political crisis in decades.

Fresh signs of weakness in Britain’s economy appeared on Tuesday.

Britain’s services sector grew at its slowest pace in three years in June, according to a survey conducted mostly before the referendum.

As part of its announcement on Tuesday, the BoE’s Financial Policy Committee said it would reverse a decision it took in March to increase the amount of capital banks must hold against cyclical upturns in the credit cycle.

“The FPC stands ready to take actions that will ensure that capital and liquidity buffers can be drawn on as needed, to support the supply of credit and in support of market functioning,” the BoE said.

“Markets are going to be reassured by his pro-activity. He’s not waiting for anything bad to happen but rather acting in case it does.”

Carney has said he believes the central bank would need to cut rates and possibly provide other stimulus over the summer to cushion the shock of voting to leave the EU.

It also expressed concern about a fall in investor demand for British assets – which could make it harder for the country to finance its large current account deficit – as well as trouble in commercial real estate making it harder for businesses to use their property as collateral to obtain loans.