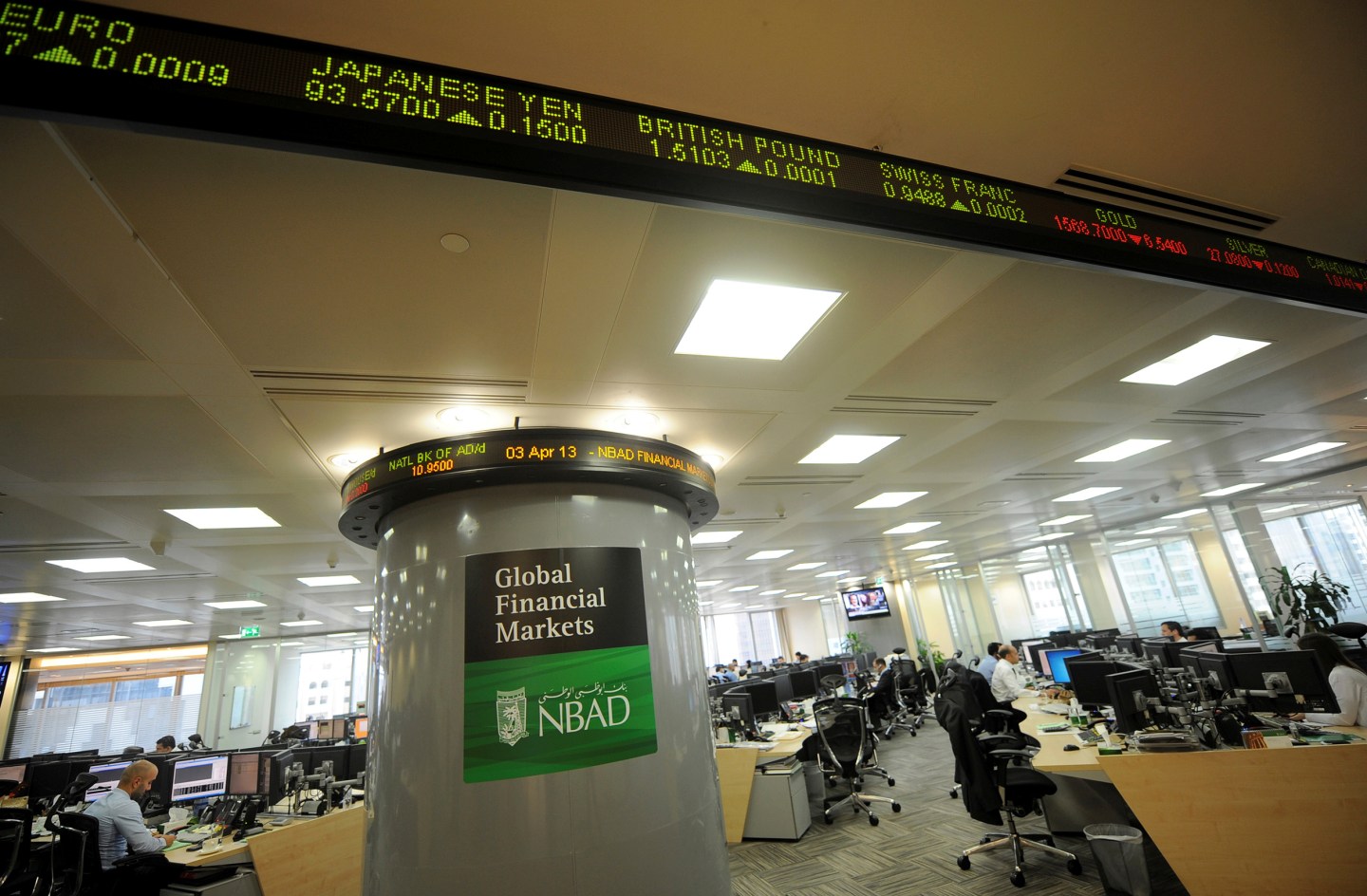 National Bank of Abu Dhabi and First Gulf Bank won board approval on Sunday for a merger to create a banking heavyweight with $175 billion in assets, part of the emirate’s plan to revamp its economy hit by lower oil prices.

The newly-branded National Bank of Abu Dhabi will become one of the Middle East and Africa’s biggest banks when the tie-up is completed in the first quarter of 2017, rivaling Qatar National Bank, which has just purchased Turkey’s Finansbank.

The tie-up comes as the Gulf’s oil-rich countries take new steps to diversify their economies after two years of lower oil prices have weighed heavily on state revenues.

By creating a national banking champion, Abu Dhabi hopes to better service its own changing economy and those of the region, as well as take on global banking rivals at home and abroad.

With a combined market value of $29.1 billion as of June 30, the new bank will overtake the likes of Britain’s Standard Chartered and Royal Bank of Scotland and France’s Credit Agricole.

“The proposed merger will create a bank with the financial strength, expertise, and global network to support the UAE’s economic ambitions at home and drive the country’s growing international business relationships,” the banks said in a joint statement.

Egypt Due for Another Devaluation in 2016/17, Economists Say

Abu Dhabi’s efforts to reform the economy are considered slow compared with neighboring Saudi Arabia, which has adopted a much more radical approach to restructure the economy through a national transformation plan.

Even then, bank mergers are uncommon in the Middle East due to cumbersome regulation and an unwillingness by major shareholders to cede control, indicating significant government support for the deal between NBAD and FGB.

State investment funds Abu Dhabi Investment Council and Mubadala will hold 33.2% and 3.7 % respectively of the new entity, which will have assets worth 642 billion dirhams and a return on equity of 14.1% based on first-quarter figures.

For more on finance, watch:

News of the approved tie-up sent shares in NBAD 4% higher to 10.05 dirhams on Sunday, while FGB’s stock rose 2% to 12.85 dirhams. Both have risen sharply since merger talks were confirmed on June 19, with NBAD some 25% higher.

Arqaam Capital called the deal a “dream merger,” estimating earnings per share over a three-year timeframe to gain 11.1% and 15.9% for NBAD and FGB respectively.

“Synergies should be very substantial, making the deal very attractive for shareholders of NBAD and FGB,” it said in a note.

The brokerage also said it expected further merger activity in the sector, including a deal between Abu Dhabi Commercial Bank and Union National Bank. Their share prices were 3.8% and 5.9% higher respectively on Sunday.

Still, David Tusa, managing director at consultants Alvarez & Marsal, said despite a compelling rationale for the NBAD/FGB merger, there could be significant practical challenges to overcome.

The merger will be completed via a share swap agreement which would result in FGB shareholders receiving 1.254 new NBAD shares for every one FGB share they currently hold. The ratio would give them 52% of the combined bank.

Abdulhamid M. Saeed, a board member and managing director at FGB, has been named chief executive designate for the combined lender, with NBAD Chief Financial Officer James Burdett to assume the same role.

A new board and management will take over once the merger has been completed, while the existing CEOs—Alex Thursby of NBAD and Andre Sayegh of FGB—will continue to run the independent banks until then. There was no reference to their future roles in the combined bank in the statement.

Credit Suisse and UBS are acting as financial advisers to NBAD and FGB respectively.