Forget the Kimoji and Buy Some Hillarymoji for Your iPhone 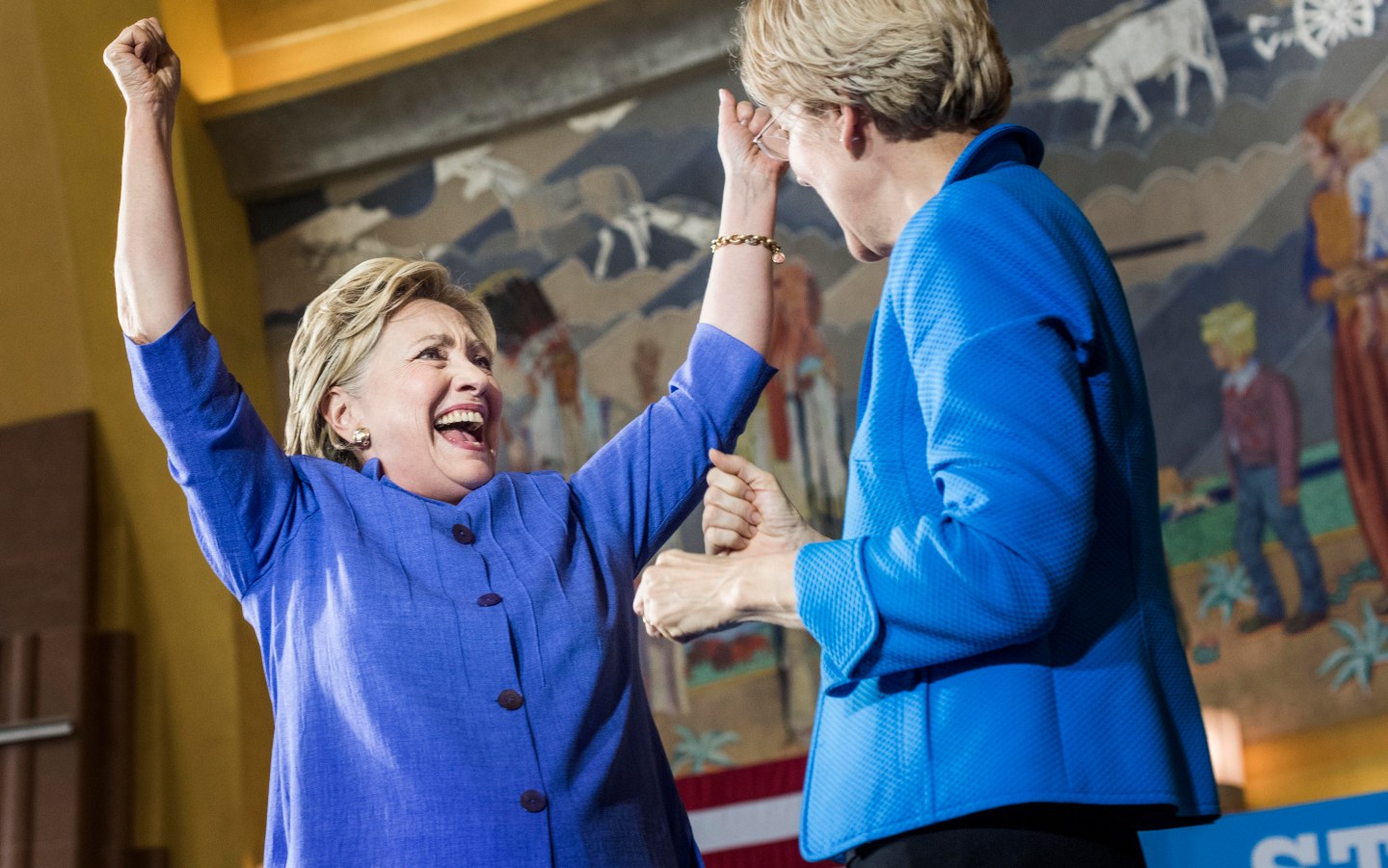 A development house called Tanooki Suit has released a new iOS app called Hillarymoji. As the name might suggest, the app is a Hillary Clinton-inspired emoji app, allowing users to send a wide range of Hillary Clinton images—20 so far—to their friends and family.

The Hillarymoji app, which hasn’t been endorsed by Clinton or her campaign and was earlier discovered by CNN, currently features several depictions of the presumptive Democratic nominee, including one as her dressed like “Rosie the Riveter,” another featuring her smiling face and a fist bump, and yet another showing Clinton waving American flags.

“With Hillarymoji, it’s easy to show your solidarity for Hillary, support the causes you believe in, and celebrate history in the making,” the developers write on their site, adding that they will be delivering weekly emoji updates, so “you won’t miss out on any of the highlights from the campaign trail.”

Emoji apps have become popular—and lucrative—additions to Apple’s App Store. A slew of emoji apps have hit the App Store, offering users the ability to expand their selection of images to send to others over messaging apps.

Kim Kardashian was the first breakout star in the world of emojis, thanks to her Kimoji app. The app, which features the celebrity dancing and making faces, among other things, was generating 9,000 downloads per second when it launched last year, The New York Post reported at the time. The Post said Kardashian and the app’s developers were collectively making about $1 million a minute at that time.

Last month, basketball star Steph Curry joined the emoji fun with his StephMoji by Steph Curry app. Like Kimoji, StephMoji quickly shot to the top of Apple’s App Store, and offered users access to images of him chewing on his mouthguard, laughing, and sending kisses. It’s unknown how much he made from the app, but it did sit atop Apple’s Paid Apps chart for quite some time.

For more about emoji, watch:

Hillarymoji has a much different charge. Unlike Kimoji and StephMoji, Hillarymoji is free to download from Apple’s App Store. It does, however, include a “Donate” button that will quickly get users to Clinton’s campaign donation page. Ultimately, the app’s developers told CNN in an interview, they hope Hillarymoji will help Clinton attract a younger demographic—and cash.

“It’s a group she has got to bring over from the Bernie [Sanders] camp. It’s another tool to the arsenal to help do that,” Tanooki co-founder Dave Renz said.