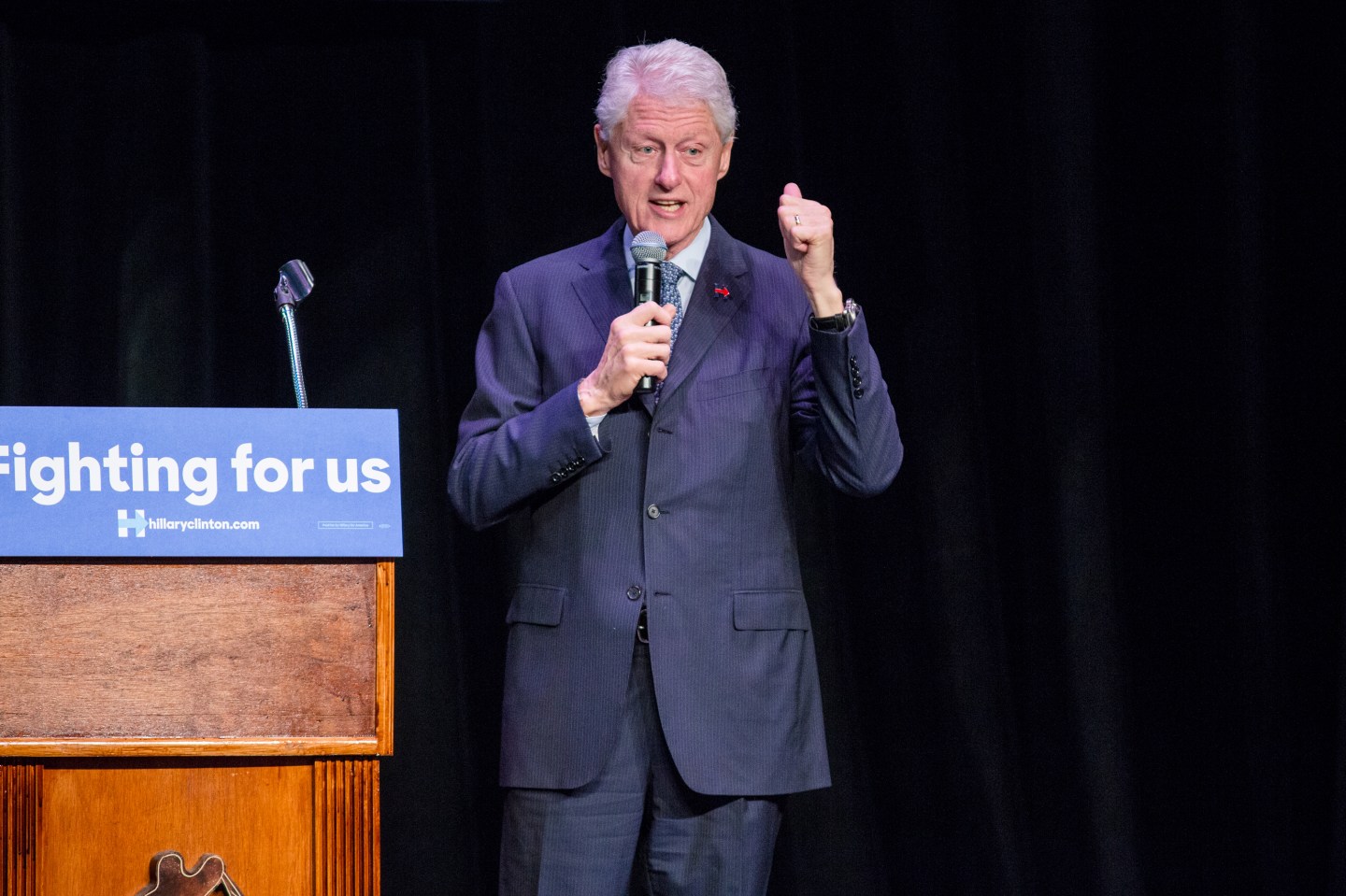 NEW YORK (AP) — Former President Bill Clinton spoke with Attorney General Loretta Lynch during an impromptu meeting in Phoenix, but Lynch said the discussion did not involve the investigation into Hillary Clinton’s email use as secretary of state.

Lynch told reporters that the meeting at a Phoenix airport on Tuesday was unplanned and happened while the former president was waiting to depart and walked over to the attorney general’s plane after she landed there.

Lynch was traveling with her husband and said her conversation with the former president “was a great deal about his grandchildren” and their travels. The former president told her he had been playing golf in Arizona and they discussed former Attorney General Janet Reno, whom they both know.

The exchange comes as the FBI is investigating the potential mishandling of sensitive information that passed through the server Clinton, the presumptive Democratic nominee, used for personal and government correspondence as secretary of state.

Lynch, in a later meeting with reporters in Los Angeles, deflected questions about whether the meeting was appropriate — or created an appearance of impropriety — given the investigation. She noted that the investigation is being conducted by career investigators and agents “who always follow facts and the law.”

David Axelrod, a former adviser to President Barack Obama, said on Twitter that he takes Lynch and the ex-president “at their word that their convo in Phoenix didn’t touch on probe. But foolish to create such optics.”

Hillary Clinton has not been interviewed by the FBI, but the Justice Department’s yearlong probe into the email server appears to be nearing a conclusion. Clinton has said that her decision to rely on a private server was a mistake but that other secretaries of state had also used personal email addresses.

The matter was referred for investigation last July by the inspectors general for the State Department and intelligence community following the discovery of emails that they said contained classified information.