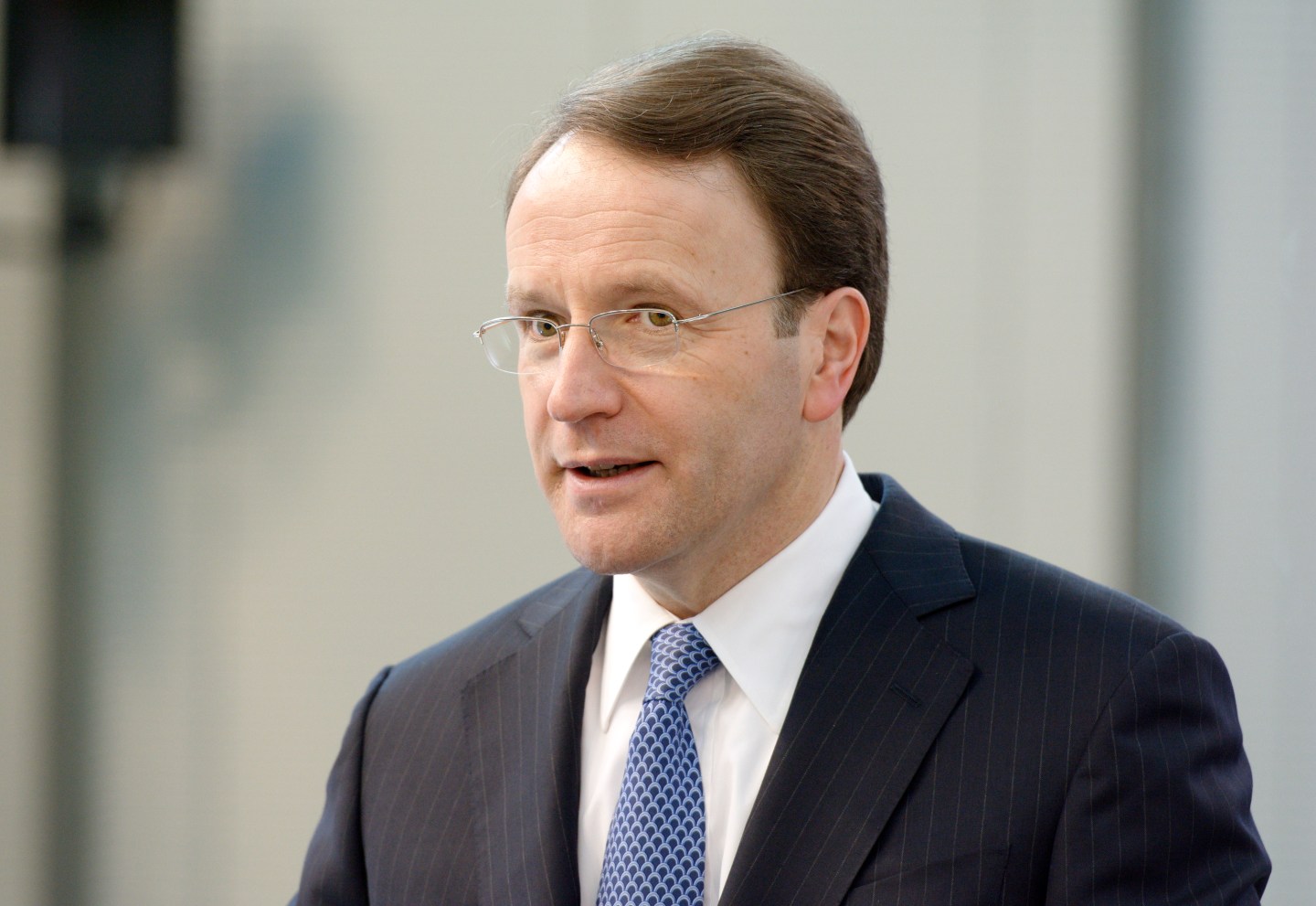 Nestle’s surprise appointment of former Fresenius chief Ulf Mark Schneider as its new CEO could trigger a series of acquisitions by the Swiss food giant to further its ambitions in nutrition and medical foods.

Shares in the company rose 3.5 percent to 73.60 Swiss francs on Tuesday as analysts and investors digested the previous day’s announcement of Nestle’s first external hire as CEO in nearly a century and the potential for expansion of its relatively small but highly profitable health and wellness business.

In his 13 years at the helm of German health care company Fresenius, Schneider oversaw a series of deals that brought a twelvefold increase in net income. Nestle, meanwhile, has been labouring with faltering progress in its traditional food business, missing growth targets for the past three years

“It is striking that Nestle hasn’t gone for a CEO from the consumer goods sector,” said Jean-Philippe Bertschy, an analyst at Bank Vontobel in Zurich.

“It shows Nestle really wants to transform the business and not just do a little bit of health and wellness on the side.”

With estimated sales of about 4 billion Swiss francs ($4.09 billion) out of Nestle’s total 88.8 billion francs in 2015, the health business is seen as faster growing and more profitable than Nestle’s traditional food and beverage operations, which include Nescafe instant coffee and KitKat chocolate bars.

The integration of Nestle’s health science and skin health divisions, which will report directly to Schneider rather than operating as standalone businesses, was described as a positive development by Bertschy.

Health products, including medical foods for patients with conditions such as Alzheimers’ and gastrointestinal problems, have become an increasing focus for Nestle in recent years, with a string of acquisitions and investments.

Analysts say growth in the business was 7.6 percent in 2015, compared with 4.2 percent rate for the group as a whole, while Nestle is aiming to lift annual sales of health products to as high as 10 billion francs.

“The bulk of Nestle’s business will remain in food for the foreseeable future, but it shows health is an area that Nestle wants to grow further,” Zuercher Kantonalbank analyst Patrik Schwendimann said, adding that Schneider’s appointment could trigger more acquisitions in health and wellness.

Investors were also bullish on a shift towards health products.

“Nestle’s focus on health can help the company counterbalance tough conditions for the rest of the business, said Gilles Bey, a fund manager at Valiant Bank, which manages a 71 million franc position in Nestle.

Kepler Cheuvreux analyst Jon Cox was equally upbeat on Schneider, who will officially take charge at the start of next year after an introductory period starting in September.

“This is a clear signal that Nestle is going to stick to its 5 percent to 6 percent growth target,” Cox said.

“Schneider knows the health business very well. Merger and acquisition activity is more likely to be in the health area in the future.”