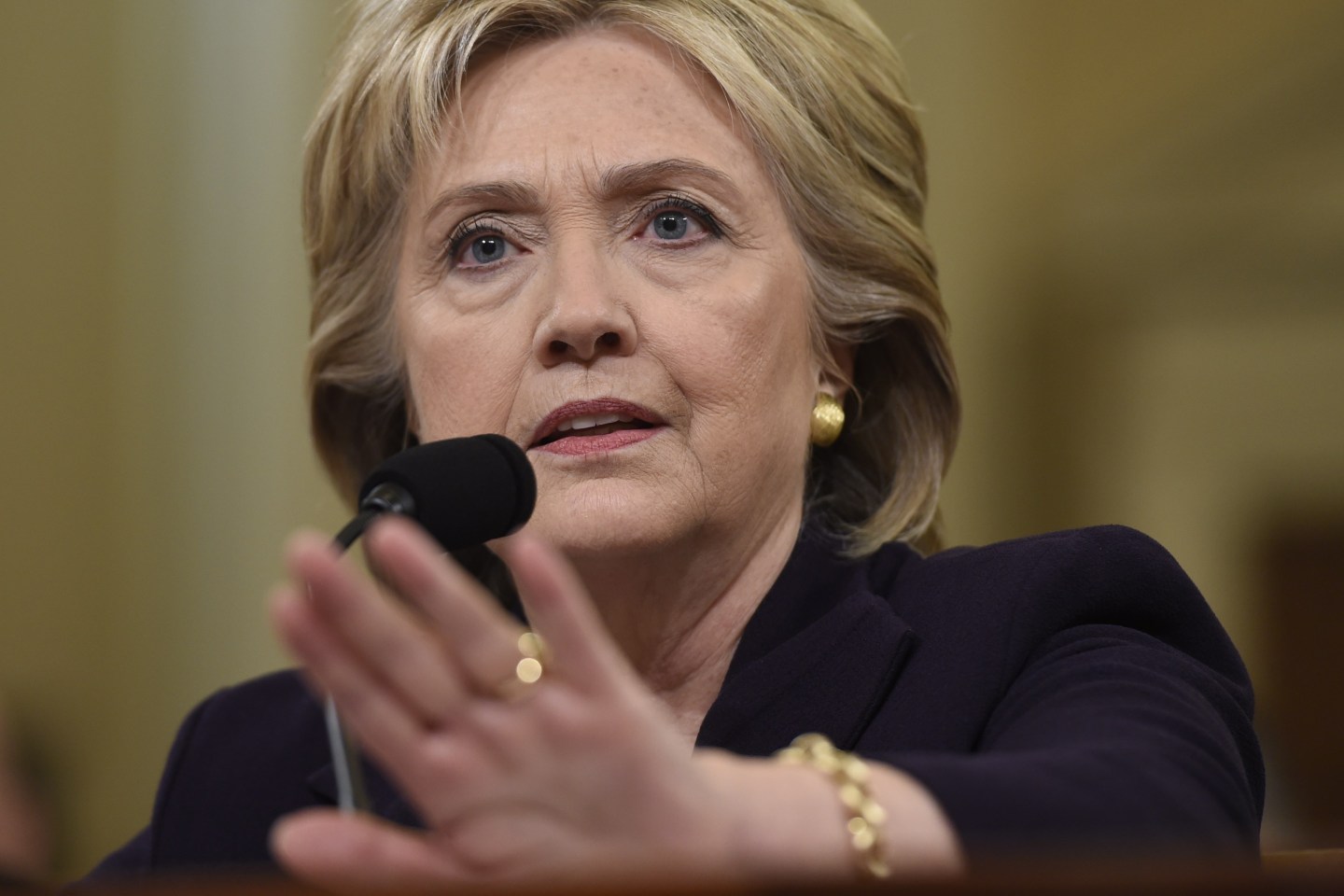 Hillary Clinton never personally denied any requests from diplomats for additional security at the U.S. outpost in Benghazi, Libya, according to Democrats on a select House panel who absolved the former secretary of state and the U.S. military of wrongdoing in the deadly Sept. 11 2012 attacks.

In a report Monday pre-empting the Republicans, the panel’s five Democrats said after a two-year investigation that the military could not have done anything differently that night to save the lives of four Americans killed in Libya. U.S. Ambassador Chris Stevens died in one of the two assaults at the diplomatic facility and CIA annex.

Democrats’ release of their own report heightened the partisanship of the inquiry, which has been marked by finger-pointing on both sides. Republicans accuse the Obama administration of stonewalling important documents and witnesses, while Democrats say the panel’s primary goal is to undermine Clinton’s presidential bid.

The Libya attacks became immediate political fodder, given their timing in the weeks before President Barack Obama’s re-election, and that has not abated despite seven previous congressional investigations.

The Democrats’ report came in advance of a report by the panel’s Republican majority expected as soon as Tuesday. The GOP report is certain to have repercussions for Clinton, the presumptive Democratic presidential nominee. The investigation led to the revelation that Clinton relied on a private email server to conduct government business, a practice now the subject of an FBI probe.

Democrats said they regretted that their 344-page report was not bipartisan, but said Republicans left them little choice after conducting “one of the longest and most partisan congressional investigations in history.” The inquiry has lasted nearly 25 months and cost more than $7 million so far.

The report accuses Rep. Trey Gowdy, R-S.C., the panel’s chairman, of conducting the investigation “like an overzealous prosecutor desperately trying to land a front-page conviction.” Democrats called Gowdy’s actions “a case study in how not to conduct a credible investigation.”

Matt Wolking, a spokesman for Gowdy, said Democrats refused for more than two years to participate in the GOP’s investigation.

Democrats blamed inadequate security in Benghazi on decisions made by mid-level officials at the State Department and said that contrary to repeated claims by some Republicans and conservative commentators, neither Clinton nor anyone else intentionally delayed the military’s response or ordered a “stand-down.”

The report also disputes a Republican charge that the White House intentionally misled the American public by casting the Benghazi assault as one of the many protests over an offensive, anti-Muslim video, instead of a calculated terrorist attack that occurred on Obama’s watch.

The Democrats said that the “assessments and information” that the CIA and other intelligence agencies provided to U.S. government officials “evolved” after the attacks but were not influenced by the upcoming 2012 presidential election or any other political factors.

Obama’s critics have zeroed in on the talking points, a reference to a memo prepared for lawmakers and then-U.N. Ambassador Susan Rice to help her get ready for appearances on the Sunday news shows to discuss the attack less than a week after it occurred.

The Democrats said not a single witness that appeared before the Benghazi committee “identified evidence that intelligence assessments or CIA talking points provided to Congress and Ambassador Rice were influenced by political considerations,” according to the report.

Democrats say the cause of the attacks “remains unclear to this day.” They cite testimony by former CIA Director David Petraeus, who told the committee the attackers may have used the demonstration against the anti-Muslim video as a diversion or it may have been “a mix” of a protest and a pre-planned attack.

“To be candid with you, I am not sure that the amount of scrutiny spent on this has been in the least bit worth it,” Petraeus said.

Republican insistence that the investigation is not politically motivated was undermined last year when House Majority Leader Kevin McCarthy, R-Calif., suggested that the House committee could take credit for Clinton’s then-slumping poll numbers.

The report was issued by the 12-member panel’s five Democrats: Reps. Elijah Cummings of Maryland, the senior Democrat, along with Adam Smith of Washington state, Tammy Duckworth of Illinois, and Adam Schiff and Linda Sanchez, both of California.