This Digital Marketing Company Is the Best Workplace for Millennials 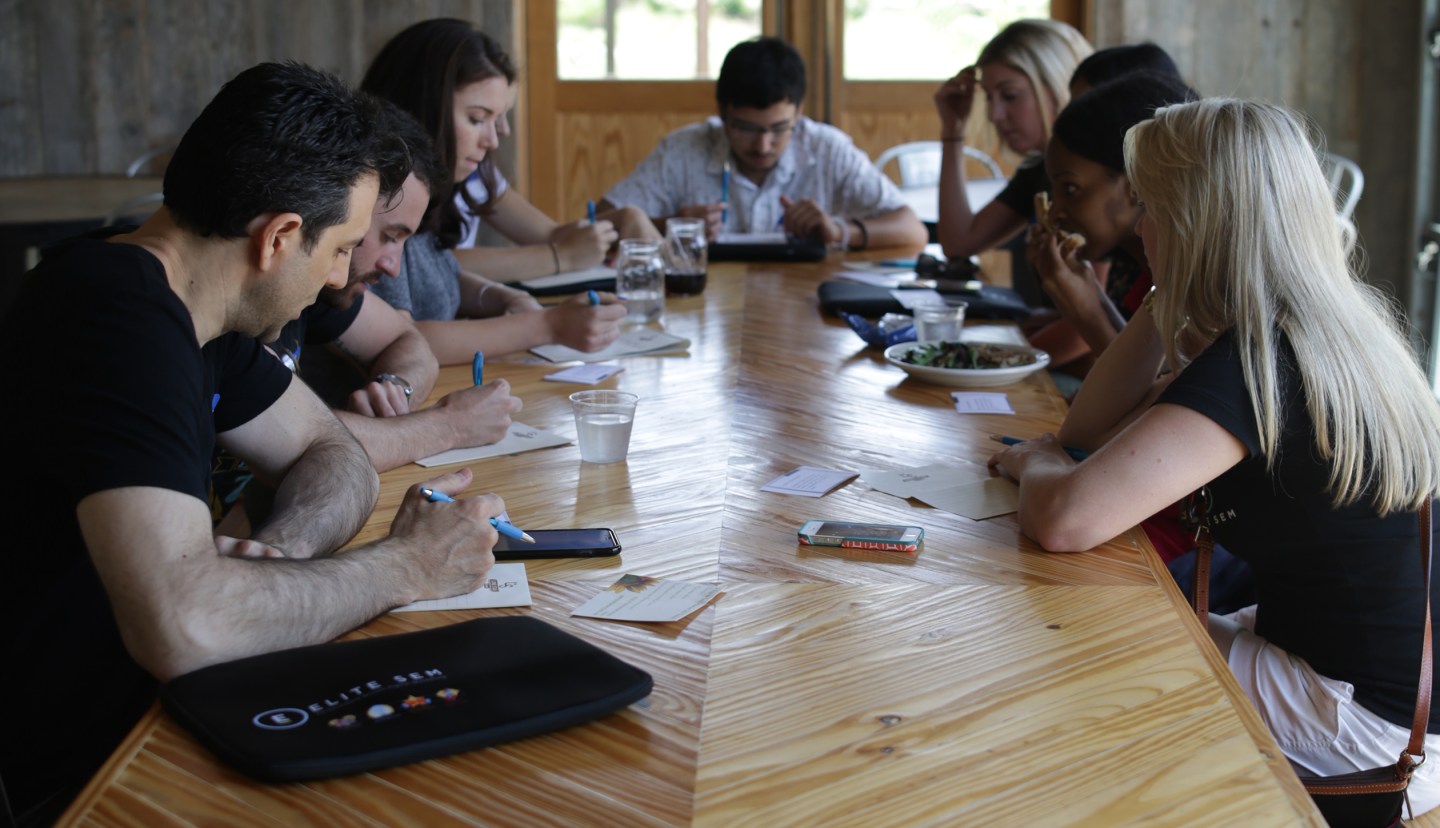 On the 11th floor of an office building in midtown Manhattan, Elite SEM’s employees have gathered in a conference room for a huddle.

It’s not the typical staff meeting. This one takes place via a Google Hangout. Elite, which has seven offices between San Francisco and New York City, allows employees to work from wherever they want, so several people are calling in from home. Since Google Hangouts are limited to 15 users per meeting, it presents a constant issue for larger conference calls.

The virtual huddle is founder and CEO Ben Kirshner’s method of ensuring everyone knows what’s happening across every division of Elite. The heads of each area – search engine marketing (the “SEM” in Elite’s name), social media, conversion rate optimization, and others – give status updates to the rest of the staff, which totals 140 employees. Near the end of the huddle, president and COO Zach Morrison, 31, breaks down company revenue by division.

That transparency is one of the reasons Elite ranks No. 1 on Great Place to Work’s second annual list of the 100 Best Workplaces for Millennials. Elite says 91% of its workforce is younger than 34 years old (the average age is 29). And according to surveys conducted by Great Place to Work, Elite’s millennial population says it also likes the company’s flexibility. They receive unlimited vacation time, which means they can take a month-long cruise as long as they’re bringing in clients.

“I responded to an email while on vacation and was promptly scolded by all four team members on the email thread,” one employee said on Great Place to Work’s survey, which reached more than 88,000 millennials at more than 600 organizations.

Kirshner hates meetings (“I think they’re a waste of time”), but Elite’s 38-year-old CEO recognizes the need for transparency because of his company’s complicated compensation system. Elite operates as a meritocracy, where employees (on top of a small base salary) get out what they put it.

“If Person A is managing $20,000 of billing a month and Person B is managing $10,000, Person A is going to make double Person B,” Kirshner explains. Muddling the picture is that the company’s performance also determines how much everyone makes. In the above scenario, both employees earn more if Elite is profitable; everyone makes less when business is down.

“It’s very complex, and it causes a lot of questions and concerns,” Kirshner says. “It’s not a normal compensation system, so it’s not very cut and dry. It’s variable.”

During the company’s ongoing rapid expansion, Kirshner and Morrison have had to adjust the profit-sharing system to account for new positions and a much larger staff. By 2011, seven years after Kirshner founded the company, Elite had 14 employees. It has since expanded more than tenfold and has seven offices, including locations in Philadelphia, Fort Lauderdale, Los Angeles, and Toronto.

Management’s candor, combined with a willingness to adapt to what employees want, is the root of the company’s popularity among millennials.

“We’re never set in our ways,” Morrison says. “We’ve never just said, yeah, we have this great culture, so let’s just keep doing it like this.”

The never-settle philosophy comes from Morrison and Kirshner’s understanding that people aged 18 to 34 are grouped into one category – millennials – purely for the sake of convenience. There is no one-size-fits-all approach because, as Morrison says, “there are a million different types of millennials.”

For instance, Elise Del Rio, 25, joined Elite in 2014 and began on the client relations side before realizing she connected better with her coworkers than her clients. Del Rio wasn’t happy with her job, but rather than letting her leave, Elite’s management created a new position: training and development coordinator, Del Rio’s current role.

To tailor Elite’s culture to the desires of his employees, Kirshner simply asks them what they want. He first posed that question to his staff several years ago, before Elite ballooned to its current size. And because Elite started around the time millennials first came out of college, those were the people providing feedback.

Kirshner has continued the trend ever since. In 2014, he hired Mike Lopez, now a senior account manager in the Fort Lauderdale office. At his old company, Lopez loved his job and coworkers. But he disliked the boss, who would come in every day with his coffee and newspaper, walk straight to his office and shut the door, never to be seen again.

“That was, to me, a wake-up call,” Kirshner says. “I don’t have a private office, but I make it a point to walk around and say hello to every single person because of that.”

Morrison meets with every employee a month or two after they start and asks the same questions: what they liked or hated about their old company, what Elite is doing right and how management can improve. Kirshner and Morrison also do this periodically for long-tenured employees, allowing them to blend feedback from new and old workers.

“If you have a company that constantly has turnover and doesn’t have people that were there several years ago, [you] have no frame of reference,” Morrison says. “And if you don’t hire new people, you’re not going to have new ideas.”

Kirshner says he targets job candidates who have an “intrapreneurial spirit” – motivated self-starters who can help create new business opportunities for the company. Very few millennials have the financial stability to start their own business, but they can apply the same startup principles to a company that already exists.

“If you don’t have an intrapreneurial spirit, which is totally fine, you’re just not a good fit for us,” Kirshner says.

But does that create uncomfortable pressure to work all the time?

“No, not at all, because clients don’t expect you to respond on the weekend,” says Jason Lipton, 31, an account executive for Elite’s paid search division. “It’s kind of up to yourself to try to run the account, but nobody feels obligated. You can take your weekend off and not answer any emails and be perfectly fine, too.”

In many ways, Kirshner says, digital advertising never stops: the Internet is always on and the industry itself is in constant flux.

“I think our industry lends itself to millennials because with search and social media, there are changes every week,” he says. “It’s changing so quickly and money is shifting towards it so quickly that every day is a new challenge for what we do.”

To eliminate the temptation to stay tuned in during vacation or sick days, Kirshner sometimes has the IT guy change employee passwords. Though his own password, he says, is strictly off limits.