Yves Behar’s Next Design Project Is A Co-Working Space 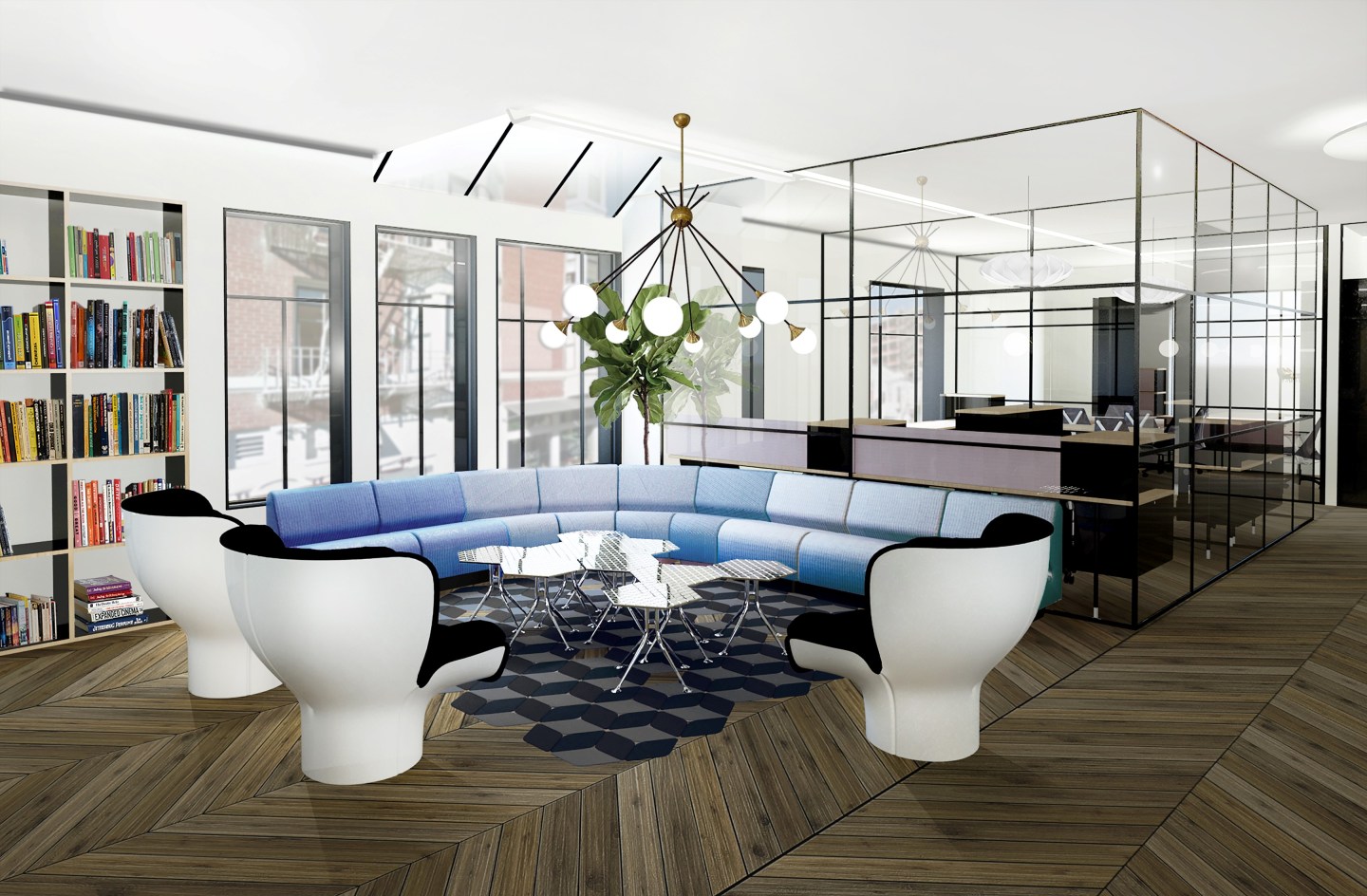 Co-working spaces are aplenty these days in major metropolitan areas such as New York City, San Francisco, Chicago, and LA. Thanks to companies like WeWork and LiquidSpace, people have access to an shared office where they can park their laptop, work, and take meetings without having to go through the process of leasing an entire office space. Legendary designes Yves Behar, who has designed products for Herman Miller, General Electric, Puma, Jawbone, and Movado, is debuting his take on the co-working trend on Monday, with his vision expected to launch in September.

Called Canopy, the first space is based in the San Francisco neighborhood of Pacific Heights, which is primarily filled with residences, as well as restaurants, boutiques and coffee shops. This is an important differentiator for Canopy, explained Behar. All of Canopy’s co-working locations will be in residential neighborhoods, he said, because residents won’t have to commute to the space.

“Commuting to Silicon Valley or the Financial District in San Francisco is part of a the quality of life,” Behar said. “Not having a commute and having an office space nearby where you live has a tremendous impact on someone’s quality of life.”

Welcome to the Weird, Wild World of Coliving

Canopy, which is expected to expand to other parts of the country, is being self-funded by Behar and Partners Amir Mortazavi and Steve Mohebi.

Another feature that differentiates Canopy is the luxurious surroundings and what Behar calls, “concierge amenities.” All office furniture is designed by Herman Miller, with a number of other high end designers featured as well. Heath Ceramics, a high end manufacturer of pottery, is outfitting all the tiles. And the space features a lot of natural light, and greenery such as plants, Behar added. Members will also have access WiFi, private conference rooms, and a fully stocked kitchen, which includes cold pressed juice from a $700 Juicero Press designed by Behar, as well as Sight Glass Coffee, Sodastream sparkling tap water, and catering from a local Fillmore Street restaurant.

Canopy’s pricing will likely limit how many workers could afford renting a space. But Behar’s ambitions for the first space aren’t to create a co-working giant, such as WeWork. The Pacific Heights space will only fit 40 members.