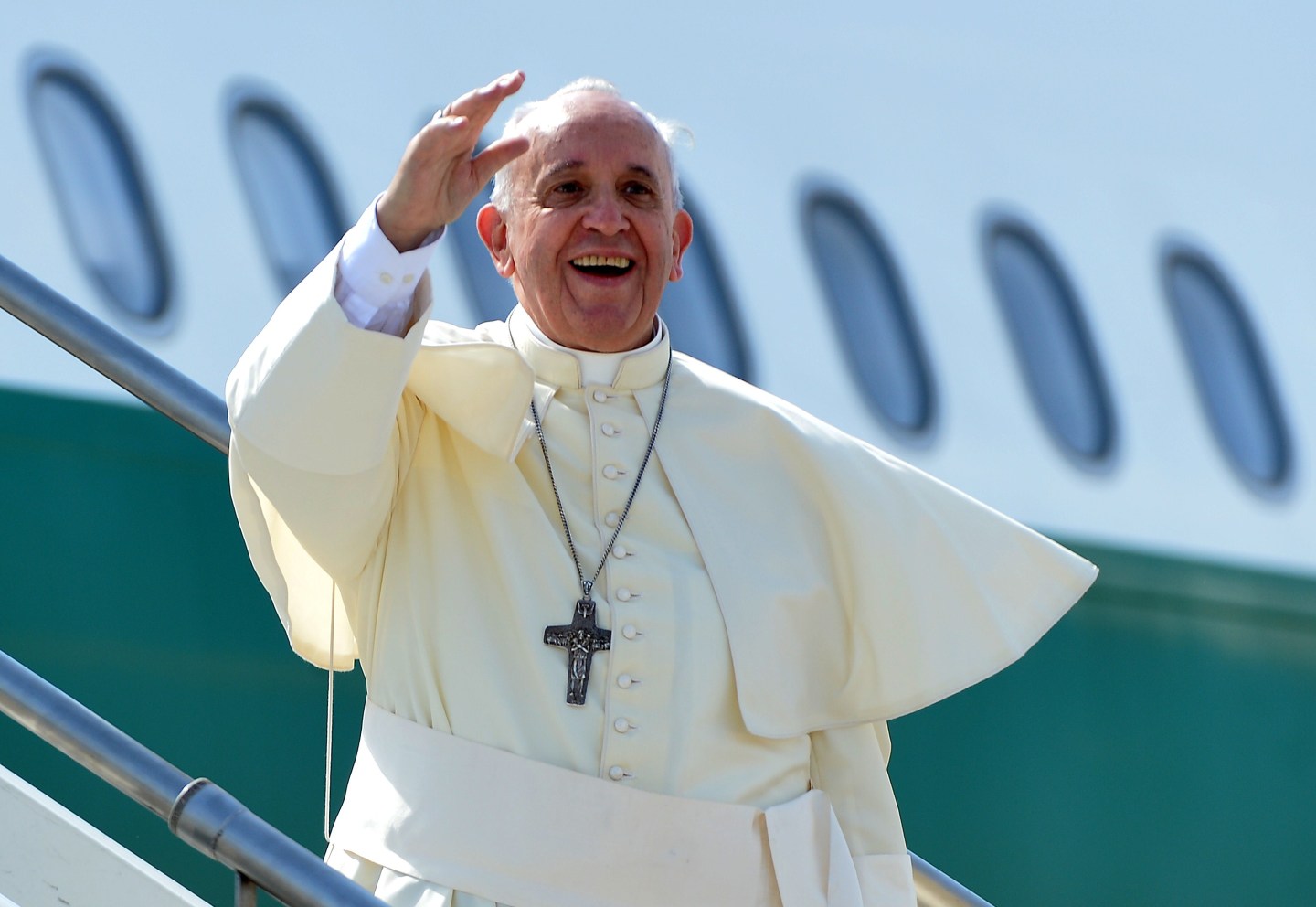 On a flight from Armenia back to Rome, Pope Francis responded to a question from a reporter that would shape the rest of his international trip.

Francis was asked if he agreed with the German Cardinal Reinhard Marx, who said that gays deserve an apology from the Church, Reuters reports. When asked if this forgiveness was even more urgent in the wake of the Orlando shooting, Francis replied that the Church should not only seek forgiveness from gays, but other marginalized people alike.

“I believe that the church not only should apologize to the person who is gay whom it has offended,” the pope told reporters, “but has to apologize to the poor, to exploited women, to children exploited for labor; it has to ask forgiveness for having blessed many weapons.”

In 2013, Francis reaffirmed the Catholic Church’s views that homosexual acts are a sin, but said homosexual orientation is not. During his famous “Who am I to judge?” declaration, he severely distanced himself from his predecessor’s, (Pope Benedict), harsh criticism of gays.

Francis has been considered as a “modern” pope. His Twitter account, @Pontifex, —which boasts 4.3 million followers— is in nine languages. Back in March, an Italian news service reported that Francis was coming to Instagram.

Other than social media, however, the pope is considered “modern” for various other reasons- like his open-mindedness on issues the Church has historically held conservative views on. For example, in September, Francis made peace between science and faith- finally narrowing a divide that has long been debated within the Church and beyond. Francis was even named #4 on Fortune’s World’s Greatest Leaders in 2015 and 2016.