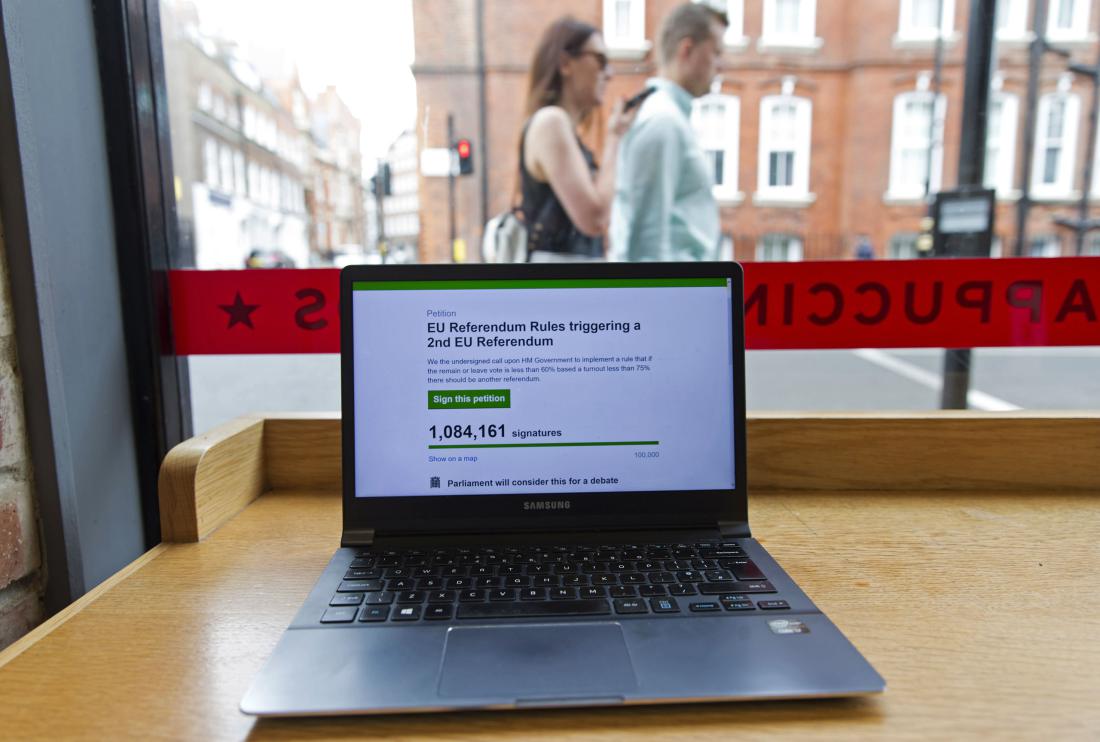 In this posed picture taken in London on June 25, 2016, a laptop screen displays a parliamentary petition on the website of the British government, calling for a 2nd UK referendum on the UK's inclusion within the EU, following the pro-Brexit result of the June 23 vote to leave. More than a million people have signed a petition calling for a second referendum, after "Leave" voters won a shock victory to pull Britain out of the European Union, an official website showed Saturday. The result of Britain's June 23 referendum vote to leave the European Union (EU) has pitted parents against children, cities against rural areas, north against south and university graduates against those with fewer qualifications. / AFP PHOTO / JUSTIN TALLISJUSTIN TALLIS/AFP/Getty Images
JUSTIN TALLIS AFP/Getty Images

More than two million people have signed an online petition for a second referendum on a British exit from the European Union.

The online petition has more signatures than any other on the House of Commons website. Since it passed 100,000 names, Parliament will consider it for debate, the BBC reports.

The online petition site, hosted by the House of Commons website, crashed Friday because so many people tried to access it, the Associated Press reported. The petition also called on the government to implement a rule saying that if either side won less than 60% of the vote based on a voter turnout of less than 75%, there should be another referendum.

Officials said Friday that they saw unprecedented interest in the measure. Prime Minister David Cameron said there would be no second referendum. However, Parliament member David Lammy has tweeted “We can stop this madness through a vote in Parliament” and that there should be a vote in Parliament next week on whether to move forward with Brexit.