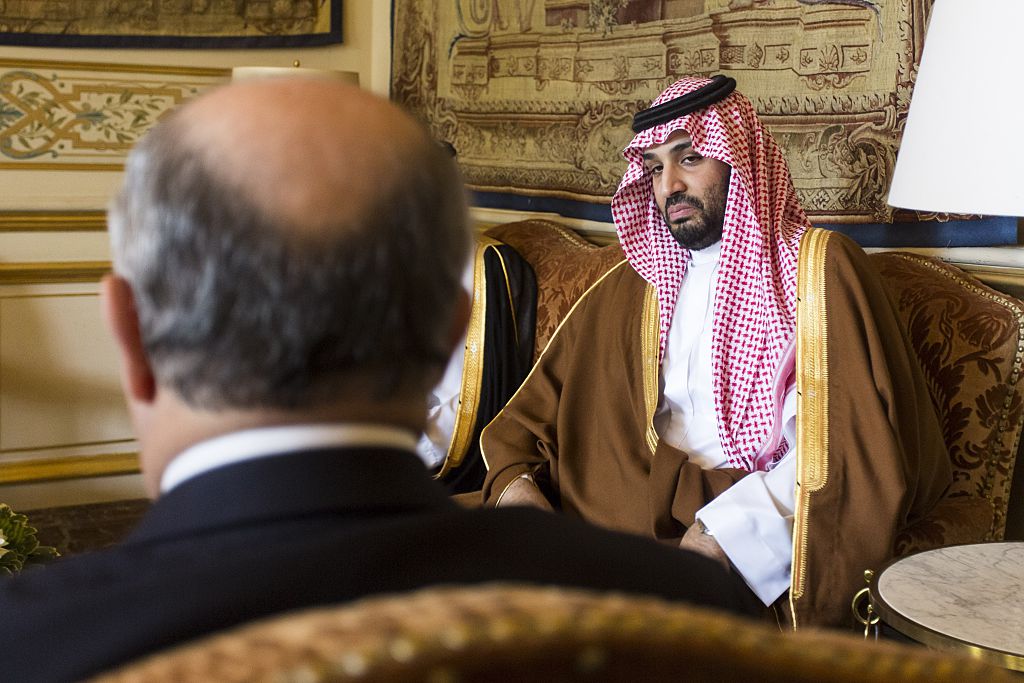 (Reuters) – The powerful young prince behind modernizing reforms in Saudi Arabia presents himself as the champion of his nation’s plugged-in youth, and his visit to Silicon Valley this week sought to bolster that image.

The 31-year-old Deputy Crown Prince Mohammed bin Salman has unabashedly pitched his “Vision 2030” reforms at the 70% of the staid Islamic kingdom’s people younger than him, promising to unlock their “talent, potential and dedication.”

He has also tried to overcome Western stereotypes of Saudis, meeting foreign media to sell his vision of market-oriented reforms and a transformation of the kingdom’s society. Pictures of the denim-clad prince in Silicon Valley served both purposes.

His modernizing message has strongly resonated on social media with younger Saudis, whose concerns sometimes seemed misunderstood or ignored by older royals, and where hashtags referencing the prince receive large volumes of traffic.

“The Saudi youth and the government are finally speaking the same language,” said Manal al-Sharif, a banker and mother of two teenage girls in Jeddah.

Saudis are not accustomed to young rulers: King Salman is 80, the late King Abdullah died last year aged 90, his predecessor King Fahd died in 2005 aged 84 and each was surrounded by a coterie of similarly aged royal advisers.

But in a country where rapid development has caused birthrates to soar since last century’s oil boom, a majority of Saudis are young, urban and switched on, using the internet and social media more than their peers around the Arab world.

The social media barons of Silicon Valley are more relevant to many of these younger Saudis, at ease with the liberal mores of American television shows as well as the conservative piety of the kingdom’s tradition, than Western political leaders.

“Prince of youth,” accompanied by excitable emojis showing a purple heart, clapping hands and raised thumbs, was a typical Tweet on Thursday in response to Prince Mohammed’s trip. Another Tweeted “All hopes are with the Prince of Youth.”

Still, some of Prince Mohammed’s moves, which include a targeted increase in women working, promoting entertainment and celebrating pre-Islamic cultural heritage, have alarmed conservatives already fearful of liberal encroachment.

Saudis are used to seeing their leaders don the formal national dress of white robe, checkered head dress and black gauzy cloak for visits overseas, and to images of them flanked by a large entourage of flunkies and fellow princes.

So Prince Mohammed’s choice of Western attire – jeans, jacket and open-neck shirt in California, suit and tie in Washington to meet some political leaders in Washington – and with less pomp than is usual on such visits sent a clear signal.

It is one he has already pushed at home, choosing to appear often without the fine cloak that distinguishes important Saudis, and sometimes even with his head bare – something unthinkable for his father’s generation.

“His visit had a double effect: on the one hand it is showing a side of Saudi Arabia that has never before been seen in the West… on the other hand he is leveraging his age in a positive way,” said Dina Suleiman, a 30-year-old Saudi woman in Jeddah.

Her younger sister Randa, 16, was enthusiastic: “I think MbS is really cool and the way he’s representing the country in a positive way makes me very proud,” she said, using the prince’s nickname.

Younger Saudis face entrenched unemployment, a skills shortage, a lack of appropriate housing and a coming economic crunch as the kingdom’s oil income grows ever less able to finance the needs of a rapidly rising population.

Since his appointment to head an economy and development supercommittee early last year, Prince Mohammed has made addressing these long-term challenges a priority. His Vision 2030 and an associated National Transformation Plan are part of that effort.

During his trip to the United States, Prince Mohammed pitched Saudi Arabia as an investment destination for American companies, securing some unbinding agreements from major corporates to look into projects in the kingdom.

The idea is to promote Saudi Arabia as a dynamic economy that reforms are unshackling from the statist model of its past with the ultimate goal of creating new private sector jobs for younger people in the country.

The prince has faced criticism from some Saudis at what they perceive to be his focus on glamorous international affairs at the expense of their domestic problems.

“What I care about as a Saudi citizen is affordable housing. I don’t care about his meeting with companies and other delegations because it won’t benefit me in any way,” was one Tweet.

For more about Saudi Arabia, watch:

And others remain unconvinced. “Beyond it being a great photo op and good networking I think its too soon to say this will benefit us at this point,” said Abdulaziz al-Abdullah, 34, an entrepreneur in Jeddah.

Conservatives’ criticism of the prince on social media are often phrased in coded language rather than as direct criticism, but the decision in February to impose restrictive new rules on the religious police triggered an outcry among ultra-conservatives.

Among conservatives, the West’s technological innovations, including those pioneered in Silicon Valley, are often admired while its political and cultural influence is regarded as a dangerous threat to Saudi Arabia’s moral probity.

So Prince Mohammed’s abandonment of traditional dress for meetings on social media may have caused some trepidation. “When will you take a walk with your own people, your royal highness?” was one comment on Twitter.

“Mohammad bin Salman is bringing a refreshing change, and this may be met with a lot of backlash from certain sects in the country,” said Mohammad bin Atef, 28, a manager at a supermarket chain who comes from the conservative Qassim Province.

“But God willing this prince of youth will come to be known as ‘prince of change’,” he added.