Here’s What Brexit Voters Should Know About Free Trade 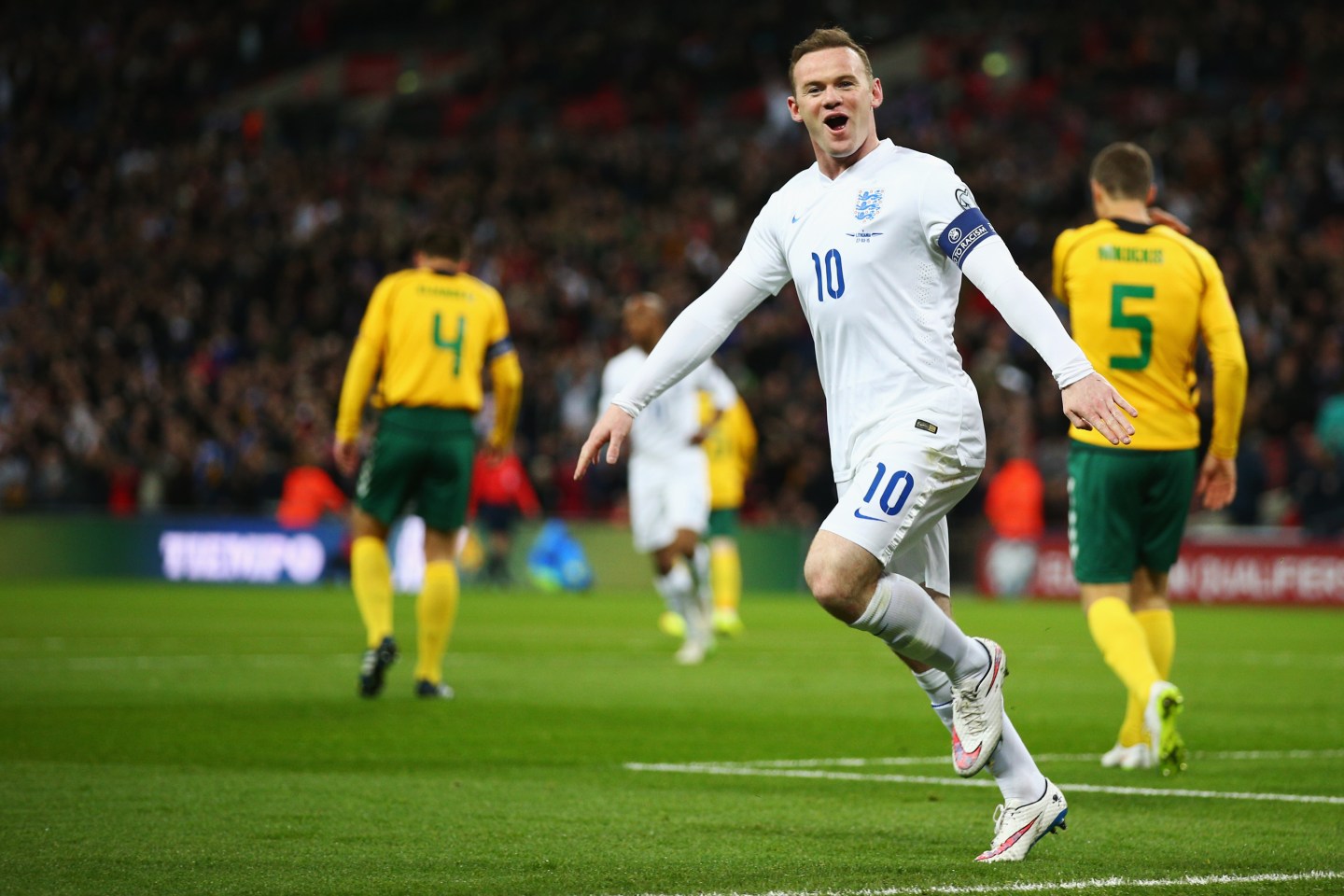 Britain’s pro-Brexit champions claim that they’re leading a campaign for free trade. In fact, Adam Smith and David Ricardo would not be proud.

The leaders, including former London Mayor Boris Johnson, a large swath of his fellow Conservatives, and group of ultra-laissez-faire economists, argue the EU is a highly protectionist construct that saddles U.K. citizens with inflated prices, and shackles its companies with restrictive work rules. Get out, they say, and living costs would plummet for Britain’s citizens, and its companies. What’s more, U.K. corporations, freed from directives from Brussels, would be able pummel their continental competitors.

The “Remain” supporters, led by Conservative Prime Minister David Cameron and the top officials of the Labour Party, warn that exiting the EU would mean losing barrier-free access to a gigantic, unified market of 27 fellow members and 450 million consumers. How can you favor “free trade,” they declare, when you advocate bolting a trading bloc that’s the very definition of free trade, where your goods and people, and those of your EU partners, can flow seamlessly from London to Warsaw?

So which route would really be better for free trade? To answer that question, we’ll examine three areas where Brexit and Bremain in the EU would bring highly divergent results: immigration, tariffs, and regulation plus subsidies.

England is trailing in the European football championships. But in the June 23 Brexit referendum, the U.K.voters can back the team the team that’s best for their economic future, and that’s all about promoting free trade. We’ll show who scores the goal in each of the four categories, and declare an overall victor. The winner may surprise you.

More than anything else, the Brexit vote is a referendum on the EU’s open-border immigration policy. “As much as the ‘leave’ camp may talk about being liberal and anti-protectionist, Brexit is really about whether the free-flow of people is too high a price to pay for membership in the EU,” says Jonathan Portes, an economist at the National Institute of Economic and Social Research. Under EU law, the trading bloc resembles a unified job market. All nations are required to grant citizens from other member states basically the same right to live and work accorded their own citizens.

Britain is a prize destination for immigrants from all over the continent, particularly for Poles and other Eastern Europeans. Since 2005, around 250,000 more people have entered the U.K. from the EU each year than have left it for other nations. That flow accounts for half of the nation’s population growth of around 5 million. The influx of low-skilled workers has caused resentment among struggling factory workers in depressed regions of Wales and Northern England. “But there’s no indication that immigration has caused higher unemployment or artificially low wages,” says Jim Power, a prominent Dublin economist. Indeed, Britain has added 2 million jobs since 2005, most of them filled by immigrants, and its unemployment rate stands at 5%, a standout number in the job-challenged EU.

For the “leave” contingent, the Brexiteers, a major, probably the major, reason for defecting is the freedom to impose strict controls on immigration. The Cameron government also wants to slow the flood of immigrants, but rather than leaving the EU and introducing quotas on working visas, it’s deploying such policies as restricting the amounts that foreign workers can repatriate to their families as a tool for discouraging new arrivals. That’s not great, but it’s not as bad as new tougher restrictions on immigrant workers would be.

The pro-Brexit forces are correct that the EU has a strongly protectionist tilt towards the world outside the union. Although its 28 nations can exchange goods and services free of tariffs inside the trading bloc, the EU is a walled expanse that imposes duties on most of what enters from the U.S., China, and the rest of the non-EU world. The tariffs are especially high on manufactured products and food, averaging from 10%-to-20%. The “leave” crowd, especially the free-market economists, argue that by defecting, the U.K. would become a “global trader” that could purchase products from outside the EU at far lower prices, and hence reducing living costs around 8%.

In a perfect world, that could happen. But it won’t. To capture the full advantages of exiting, the U.K. would need to go tariff-free in a number of sectors now shielded by EU tariffs, notably cars and food. For example, autos are now protected by 10% import duties, and milk and beef are protected by tariffs exceeding 40% and 20%, respectively. Yet Johnson and other pro-Brexit leaders have never suggested eliminating or even reducing current EU duties. In fact, Johnson recently stated that leaving the EU would allow the UK to raise duties on steel imports to keep jobs in the beleaguered industry in Wales and Northern England. Toyota, GM, and other big automakers in the U.K. do a thriving export business with the rest of Europe. They’re adamantly opposed to a Brexit that would force them to pay 10% tariffs on the cars they sell in France or Germany. And if the U.K. exits, does anyone believe it wouldn’t impose duties at least that high on imports from Japan or Korea to shield an industry employing 800,000?

Again, the choice is pretty simple. If the U.K. exits, it would be forced to pay tariffs, often heavy ones, on the 45% of its exports sold in the EU. Yet it’s likely to impose the same duties, or even higher barriers, to support cars, agriculture and a host of big industries, and get no benefit at all from the lower prices prevailing outside the EU.

Overall, trade barriers under a Brexit would grow, not shrink.

The pro-Brexit politicians grouse that Brussels shackles British companies with overly costly labor and environmental regulations. They have a point. Around 80% of all British companies don’t export to the EU, but are stuck with rules dictated by Brussels. Especially restrictive is the Working Time Directive that mandates minimum vacations, limits night-time work, and effectively caps the work week at a maximum of 48 hours.

Still, Britain ranks among the most flexible labor markets in Europe. For example, it has no rules requiring companies to pay overtime, and no national or regional wage agreements, like those that swell pay in Spain and Greece, for example.

“The pro-Brexit crowd moans about EU regulation and red tape, but when you ask them what aspects of the labor market regulation they’d change, they say that they’d make no reductions in worker protection,” says economist Portes.

In fact, all sides advocate a large increase in Britain’s minimum wage to over $15 a hour. It’s a job-killing proposal, and on this one, both camps are guilty of misguided regulation. In summary, the best bet is that a non-EU Britain would legislate the same protections the EU requires today, and might even go further.

On subsidies, the EU’s biggest budget item is payments to farmers under the Common Agricultural Policy. From 2014 to 2020, the U.K. is due to receive over $40 billion under the CAP. It needs those funds to keep its farmers in business. For example, the dairy and cattle farms in Northern Ireland make absolutely no money excluding their EU payment, which reach over $90,000 a year on 250 acre spreads. Once again, the pro-Brexit camp is promising no reductions in aid to agriculture, meaning that the U.K. would need to replace the CAP payments with funds from its own treasury.

A “remain” vote essentially leaves the EU borders open to free trade, encourages immigration, and does nothing to make regulations and subsidies worse. On the merits, “remain” should exit the field with a big win.