Why Uber and Lyft Rivals Are Flocking to Austin, Texas 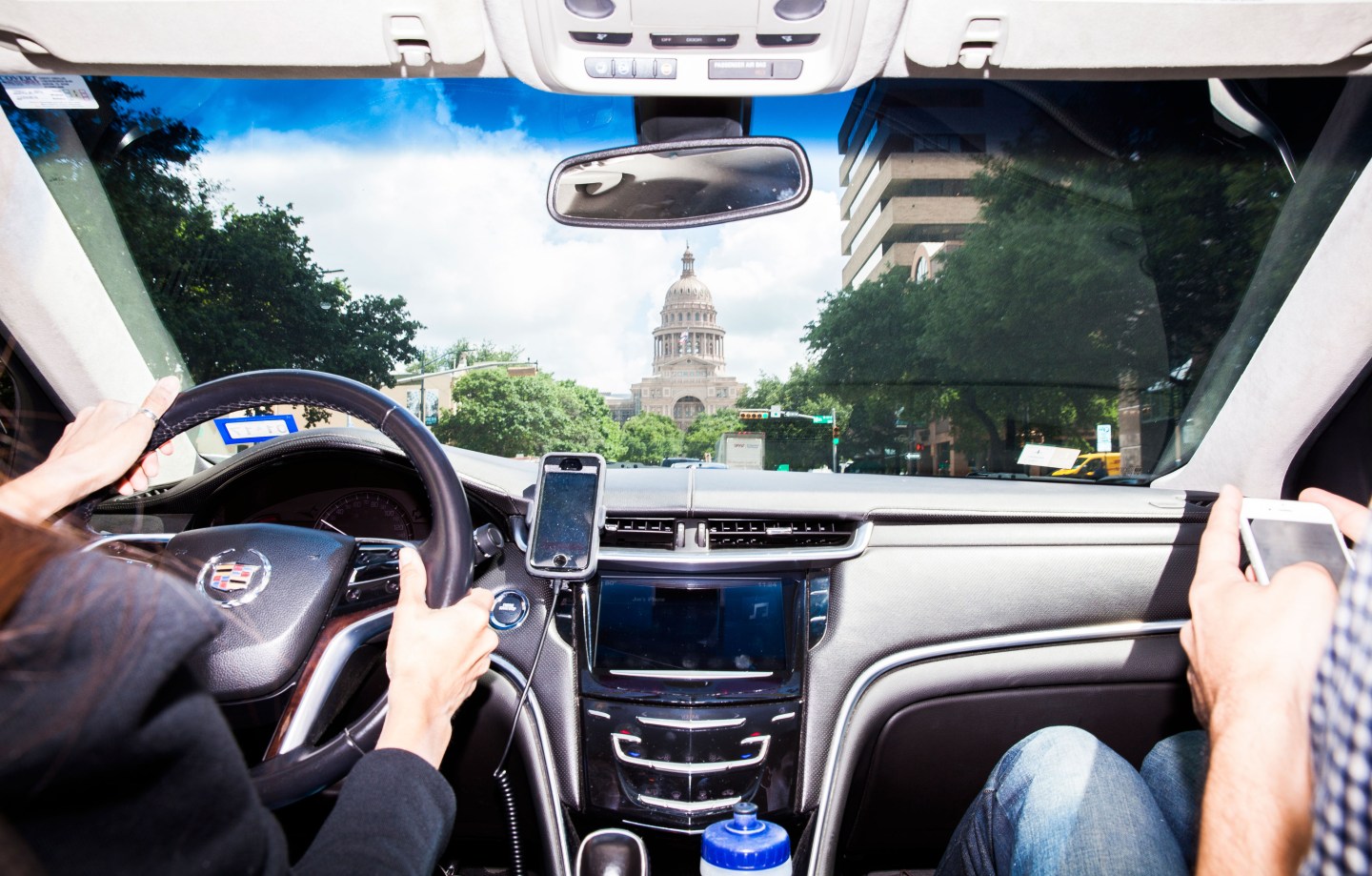 Drivers in a General Motors Co. brand Cadillac vehicle sit facing the Texas State Capitol building in Austin, Texas, U.S., on Friday, June 3, 2016. Steve Adler, Austin's mayor, thinks he can put his stamp on the city by burnishing its reputation as an exciting playground for experiments in urban transportation. One of his political priorities is to seek millions in federal funding to promote a so-called smart city plan based on autonomous buses, sensors that know which parking spaces are available and, yes, a culture of ridesharing. Photographer: David Williams/Bloomberg via Getty Images
David Williams — Bloomberg via Getty Images

About a half dozen ride-hailing firms have rushed into Texas tech hub Austin after market leaders Uber and Lyft left the city last month in a huff over municipal requirements that they fingerprint drivers.

Several other U.S. cities and states, from Atlanta to Chicago to the state of California, are considering requiring ride-hailing services to fingerprint drivers, making Austin a test case for the risk that the big companies face when they refuse to comply.

Uber and Lyft, both based in California, objected to requirements imposed in the Texas capital city that they conduct fingerprint-based criminal background checks for drivers. Crimes committed by ride-hailing drivers have raised concerns about the adequacy of the background checks performed by the companies.

Both already comply with fingerprinting requirements in the biggest U.S. metro market, New York City, and Uber operates in Houston, which has a fingerprinting rule. But both said the requirement adds cost and slows the process of adding drivers. Uber and Lyft also said they already carefully vet drivers.

“Austin has now become a test lab for the new business models in the industry,” said Richard Villarreal, 46, a former driver for Uber and Lyft who has now joined startup Fasten, which began operations in Austin at the beginning of June.

Uber and Lyft estimated that they had controlled a combined 95% of the Austin ride-hailing market and that as many as 10,000 drivers lost their work when the two firms pulled out in May.

Since then, a handful of startup firms have been able to bring on thousands of drivers and expect by next month to absorb a number nearly equal to all the drivers Uber and Lyft had in Austin. None of the companies have released detailed ride statistics.

Along with Fasten, ride-hailing services Get Me, RideAustin, Fare, Wingz, and zTrip have all agreed to comply with the fingerprinting requirement. Most of these companies existed before the Uber and Lyft pullout, and ramped up in Austin when the big boys rode out of town.

Fasten takes a flat fee of 99 cents per ride as opposed to taking a percentage cut of the fare like Uber and Lyft, an arrangement that may provide more money to drivers. It does not hike rates during peak demand, a practice called surge pricing.

RideAustin, set up after the Uber and Lyft departure, is a nonprofit that expects to pass savings to consumers and drivers as it grows. Get Me has also promised to avoid surge pricing.

“We follow every rule. That is who we are, and we believe in fingerprinting,” said Jonathan Laramy, co-founder of Texas-based Get Me.

Get Me said it has brought on more than 2,000 drivers in Austin and sees success in the city helping it in other markets.

But with Uber’s head start in technology, some former drivers said the startups often fall short.

“All of them are missing a little something on their apps,” said Sam Khelani, a driver who formerly worked for Uber and Lyft.

When Get Me was the biggest player in town immediately after Uber and Lyft left, its technology had trouble finding the closest drivers to passengers, Khelani said, adding that the glitch has since been fixed.

“It was annoying,” Khelani said. “The start-ups still need a couple of years to match what Uber and Lyft provided.”

The apps of a few startups became overwhelmed the first few days after Uber and Lyft left, drivers said, and the Austin mayor’s office reported being flooded with angry letters from Uber and Lyft customers wanting their services back.

For more about why the mayor of Austin digs Google’s self-driving car, watch:

But Joann Weiner, who teaches economics at George Washington University in Washington and follows the industry, predicted that consumers would be open to Uber and Lyft substitutes if the technology works.