Vulnerable GOP Senators Are Backing the NRA to Keep Their Seats 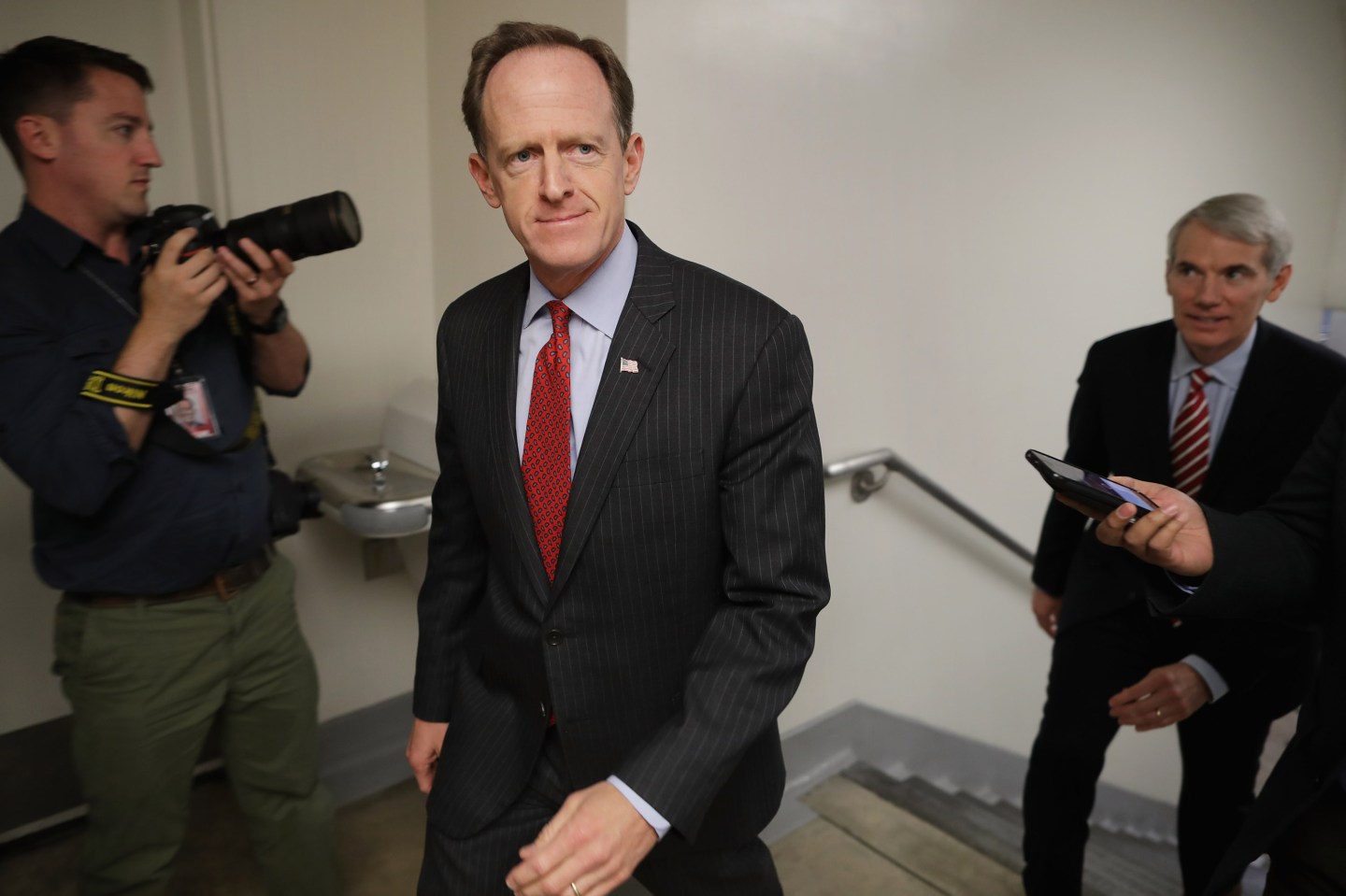 Not so Illinois Senator Mark Kirk, who represents Chicago where so far this year, more than 1,780 people have been shot, leading to the vast majority of the city’s 294 homicides, according to police.

Just over four months to the election, and facing pressure from their Democratic opponents, most Republican Senate incumbents opted for consistency despite the political frenzy days after the worst mass shooting in modern American history. A lone gunman, Omar Mateen, killed 49 people and injured 53 at a nightclub in Orlando, Florida, prompting fresh calls for tighter restrictions on weapons. Mateen had been the focus of two terror investigations that were dropped.

Toomey, Portman and Johnson—as they did in December after shootings in San Bernardino, California—supported a NRA-preferred measure to deny a gun sale to a known or suspected terrorist, but only if prosecutors could convince a judge within three days that the would-be buyer was involved in terrorism. The three also helped to defeat a Democratic-sponsored bill to close the gun show loophole and expand background checks.

Kirk, facing a strong challenge from Democratic Representative Tammy Duckworth, supported that bill and another Democratic measure to allow the government to deny gun sales to suspected terrorists.

The lone reversal was Senator Kelly Ayotte of New Hampshire, who is in a tight re-election bid against Democratic Governor Maggie Hassan. Ayotte supported both the Democratic and Republican versions of the amendments to deny gun sales to suspected terrorists.

“To get to that solution, we have to move this debate forward,” Ayotte said on the Senate floor, defending her votes.

“She should make up her mind and not be a hypocrite,” said Senate Democratic Leader Harry Reid.

New Hampshire is home to some of the nation’s most lenient gun laws, but Ayotte’s approval rating fell after she voted against expanding background checks following the 2012 shooting at a Newtown, Connecticut elementary school.

In April 2013, the daughter of one of the Newtown victims confronted Ayotte at a town hall.

“You had mentioned that the burden to owners of gun stores that these expanded checks would cause. I’m just wondering why the burden of my mother being gunned down in the hall of her elementary school isn’t as important as that?” asked Erica Lafferty Smegielski, whose mother, Dawn Hochsprung, was the principal at Sandy Hook Elementary School.

Smegielski was in the hallway outside the Senate during the votes Monday, and pledged to continue the pressure.

“My next step is to take a tally of who voted where and bring it to the polls in November,” she said.

Florida Democrats have targeted Republican Senator Marco Rubio, who is considering a run for re-election after previously saying he would give up his seat. Rubio defended his votes against the Democratic measures, saying they were “politically motivated and driven by a larger ideological agenda to disarm Americans.”

Democratic Representative Patrick Murphy, who is running for Rubio’s seat, shot back at Rubio, saying he “put his political ambition ahead of keeping Floridians safe.”

In Pennsylvania, Katie McGinty, Toomey’s Democratic challenger, called for new leadership after Toomey voted for the NRA-backed amendments. She said the senator is “long on rhetoric but short on action.”

“We’re talking past each other,” Toomey said of the multiple failed amendments.

Johnson was less concerned. He declined to discuss his votes with reporters before the vote.

“I’m not worried about it all,” he said of the gun issue and his tough re-election bid against former Democratic Senator Russ Feingold.

Some Democrats also took tough votes. Democratic Senators Heidi Heitkamp of North Dakota and Jon Tester of Montana voted against expanded background checks, while Indiana Senator Joe Donnelly voted with Republicans. All three are up for re-election in heavily Republican states in 2018.

Moveon.org, a liberal political action group, immediately put out a statement denouncing Tester’s vote, saying it was “yet another outrageous example of how our elected officials in Congress are beholden to the NRA.”