Obama and Zuckerberg to Team Up in Global Entrepreneurship Push 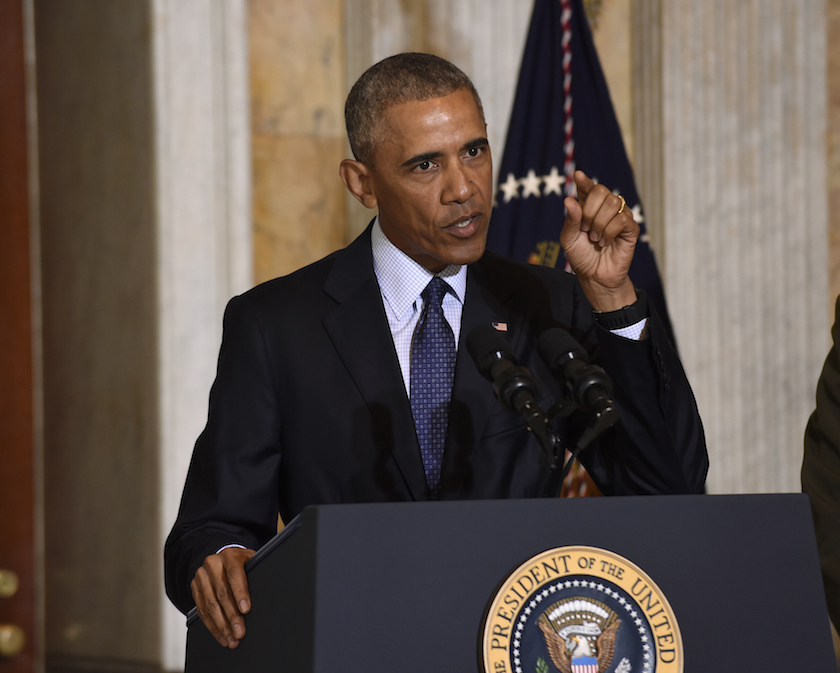 President Barack Obama speaks after meeting with his National Security Council at the Treasury Department in Washington, Tuesday, June 14, 2016, to get updates on the investigation into the attack in Orlando, Florida and review efforts to degrade and destroy ISIL. (AP Photo/Susan Walsh)
Photograph by Susan Walsh — AP

President Obama will address an audience with Facebook (FB) co-founder and chief executive Mark Zuckerberg on Friday, according to a White House official.

Obama and Zuckerberg will take the stage at the annual Global Entrepreneurship Summit, “an event that will showcase the importance of empowering global entrepreneurs to make communities around the world more economically prosperous and secure,” Director of the National Economic Council and Assistant to the President for Economic Policy Jason Zients wrote in a blog post.

That event will cap off a week where Obama and administration officials will look back on innovation’s impact on the economy since Obama first took office and “announcing new steps… to build on those efforts,” Zients wrote.

“We will announce new actions that will help clear the path for the kinds of next generation technologies that can drive game-changing economic growth, along with new efforts to support American entrepreneurs and expand the benefits of entrepreneurship to all parts of our country,” Zients wrote.

The week will begin Monday at the SelectUSA Summit, where Obama will announce the Smart Manufacturing Leadership Coalition, from Los Angeles, won a $70 million grant from the federal government for smart manufacturing that “uses advanced sensors and process controls to reduce waste, save energy, and make our manufacturing industry more efficient,” according to Zients.