Joan Rivers’ Most Treasured Possessions Are Being Auctioned Off 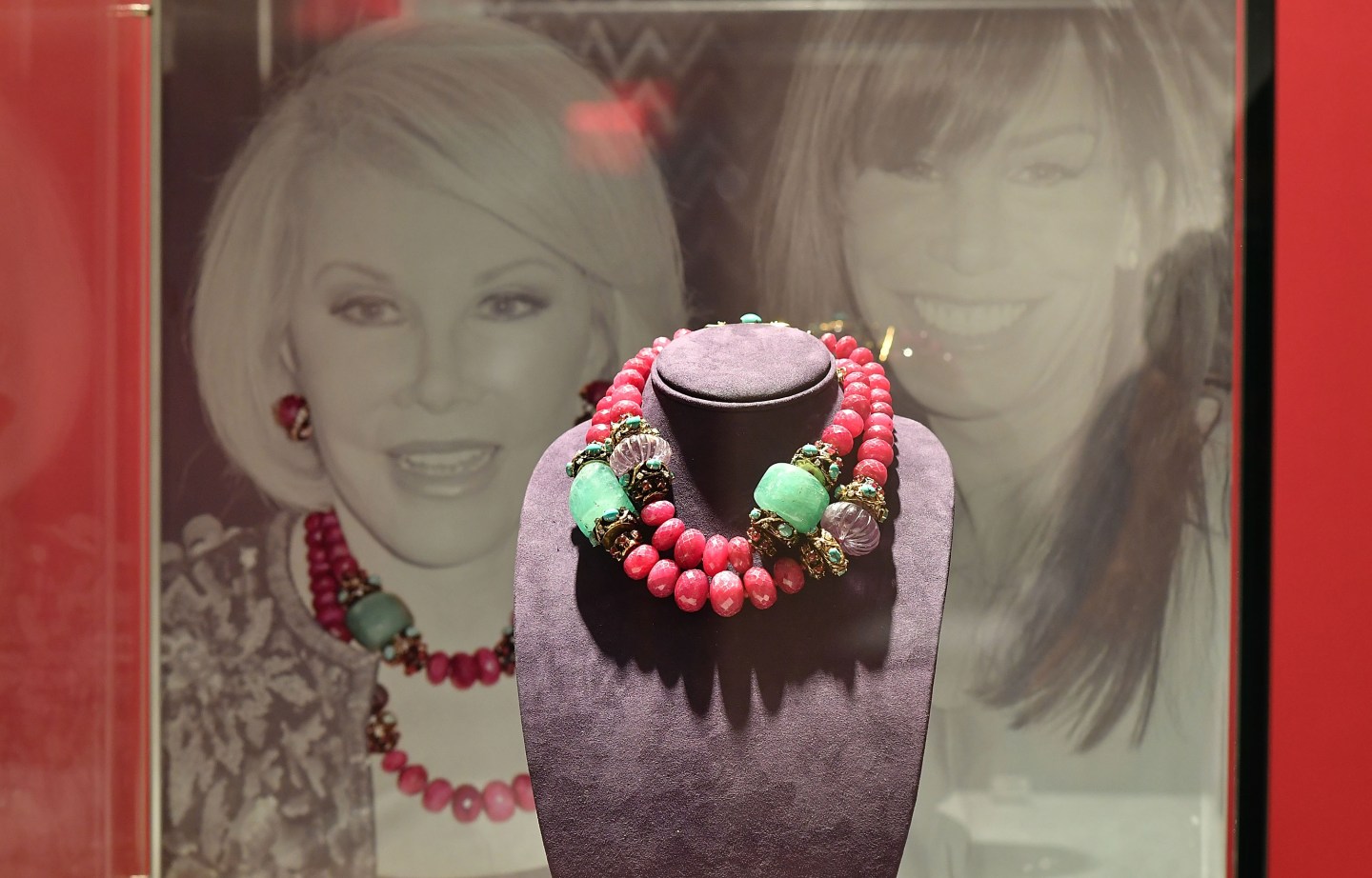 Legendary comedian Joan Rivers described her luxurious Manhattan apartment and personal taste better than any writer ever could. “This is how Marie Antoinette would have lived if she had money,” Rivers said in her 2010 documentary Joan Rivers: A Piece of Work. “I live very well. And I know I have to work for it.”

Work for it she did. The standup comedian was also a television star, red carpet runway host, and QVC maven. She built a reported $150 million dollar estate during her lifetime. She died at the age of 81 in September 2014 after complications from a surgical procedure.

Now, less than two years later, her daughter and frequent collaborator Melissa has turned to famed auction house Christie’s to host a sale of a private collection of more than 200 pieces of Rivers’ personal items. That sale – the prices of which range from $500 to up to $200,000 – will be hosted at Christie’s auction house in Manhattan on June 22.

An accompanying online sale, with 80 pieces (mainly costumes and handbags), kicked off on Thursday and runs through June 23.

“It is hard to part with all of this,” said Melissa Rivers in a Christie’s-made video promoting the auction. “There is not one piece in this collection I would not take back in a heartbeat. But I know in her heart – and in my heart – I’m doing the right thing. Her things are meant to go to places where they can be used and loved.”

The press got an early preview of the collection, and it’s clear Rivers’ collection is greatly inspired by historic European styles, with the strongest influences coming from French, English and Russian styles. Well-known designers including Cartier, Harry Winston, Fabergé and Oscar de la Renta are all featured in the various pieces of jewelry and costumes.

Much of the furniture that is sold from the collection is French.

Joan Rivers’ love of the Russian style, in particular Fabergé jewelry items, were inspired by her lineage. Rivers’ grandmother was from a well-to-do Russian family before emigrating to the U.S. Joan’s daughter Melissa says she felt that her mother’s love of Fabergé was a link to her heritage.

One item that Christie’s is selling is a Fabergé-framed photo of Melissa before she went off to college. In a quote featured on a wall at the Christie’s auction house in midtown Manhattan, Joan said, “When I close my eyes and I think about all that Fabergé means to me, I see luxury in the extreme.”

Below are some items that are expected to sell at the highest prices. However, it is important to add that the estimates Christie’s provided are based on rarity, quality and prices recently paid at auction for comparable pieces. Pieces can potentially sell far above the estimate depending on how active the bidding process is.

Some proceeds from the auction are going to two of Joan Rivers’ favorite charities: God’s Love We Deliver (A New York-based meal delivery service for needy residents) and Guide Dogs for the Blind.